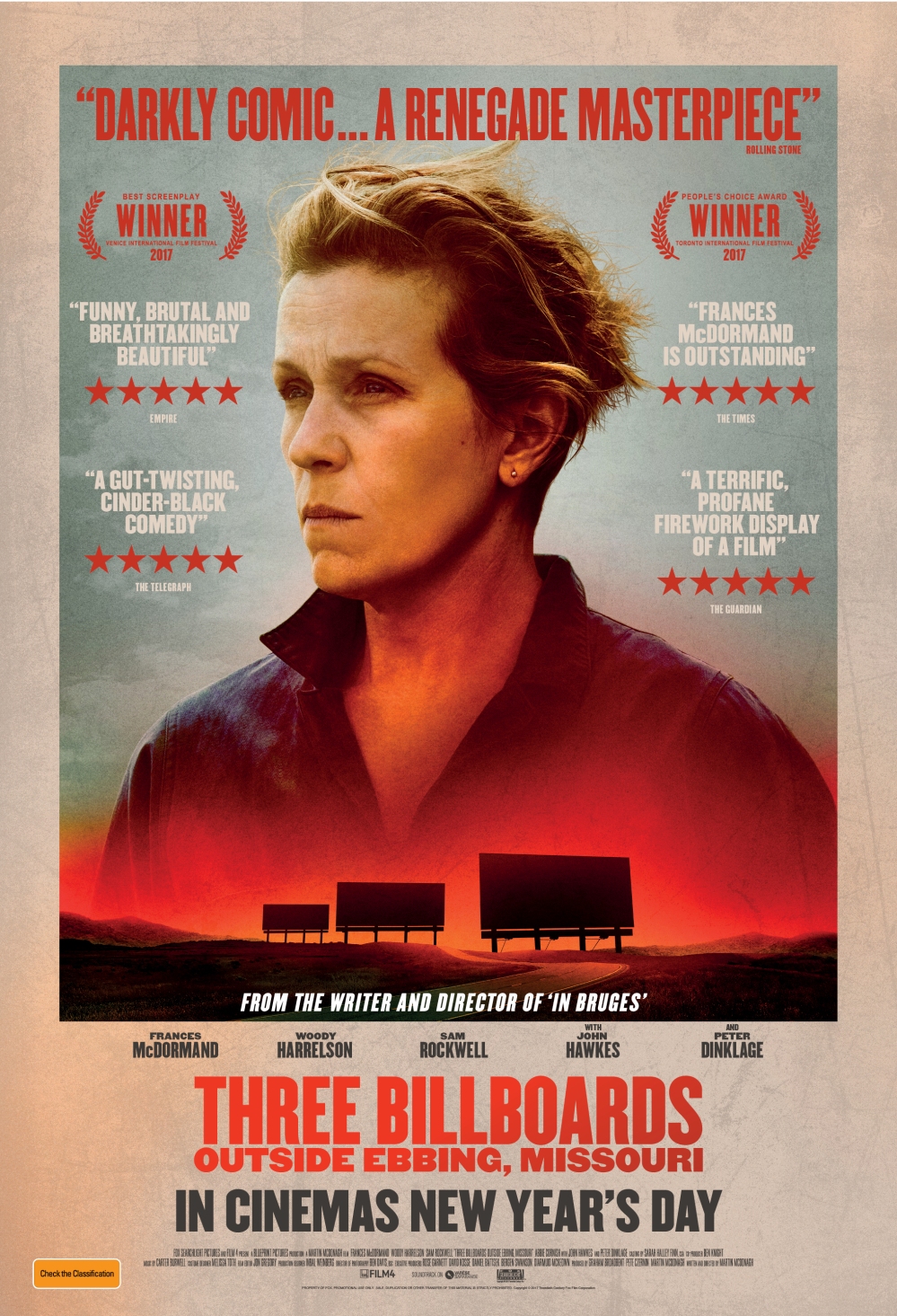 Director Martin McDonagh, best known for Seven Psychopaths and In Bruges has created a piece of cinema with some incandescent performances in Three Billboards…

A story of revenge and redemption, Frances McDormand plays grieving mother Mildred Hayes who uses the titular billboards to draw attention to the lack of progress in the case of her daughter Angela (Kathryn Newton), the victim of an unsolved violent crime. 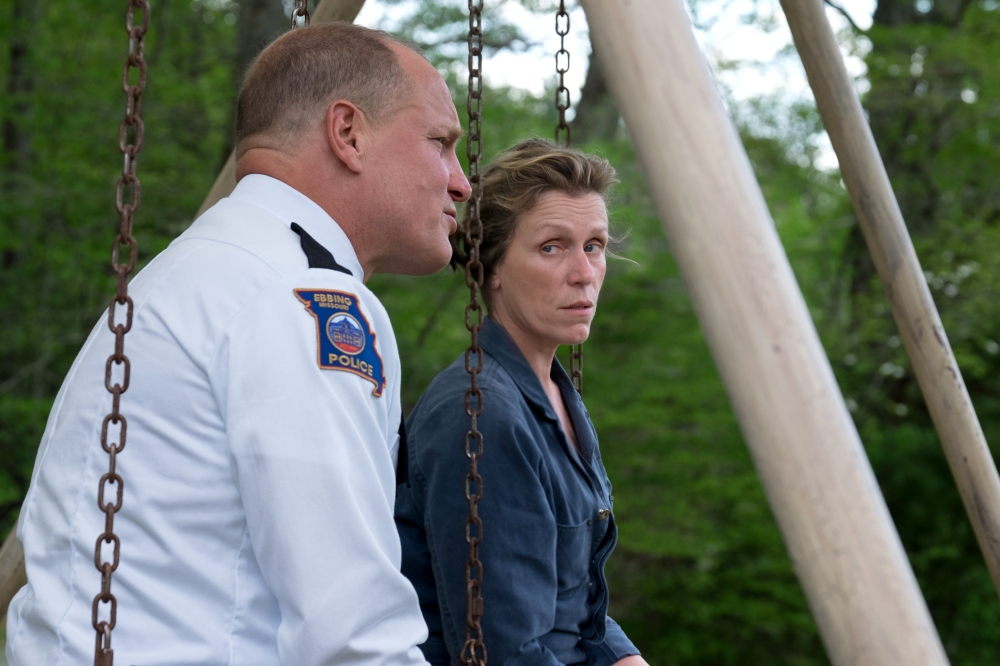 Woody Harrelson plays local Sheriff Bill Willoughby who seems to care not one fig for Mildred and her petulant display, but there is much more going on beneath the surface as we learn early in the film.

McDormand and Rockwell are astonishing in their roles as they battle one another in the tiny town, her with seething rage just below the surface over the fate of her daughter, and he with rage that boils over continuously, physically endangering all around him.

Both actors have deservedly been recognised for their outstanding performances with Golden Globe nominations, two out of a total of six for the film including Best Motion Picture – Drama, Best Director, Best Screenplay and Best Original Score.

This is a wickedly written piece that reflects McDonaghs theatre background as the dialogue and direction serve up scene after scene of electrifying tension, as well as the blackest of black humour.

It is a heavy, heavy film, that uses humour with great effect, to provide breathing space in amongst the traumatic events both past and present.

With more twists and turns than an amusement park ride it is an entertaining, thoughtful film that succeeds, if you are able to overcome the occasional narrative hiccup.

There are many ways to interpret the different messages in the film, including the enormously topical issue of “toxic masculinity”, and it certainly left me thinking for several days after seeing it. Playing in the sandbox of Quentin Tarantino with riffs of Kill Bill and the Coen Brothers with nods to No Country for Old Men, Three Billboards comes close to classic territory.