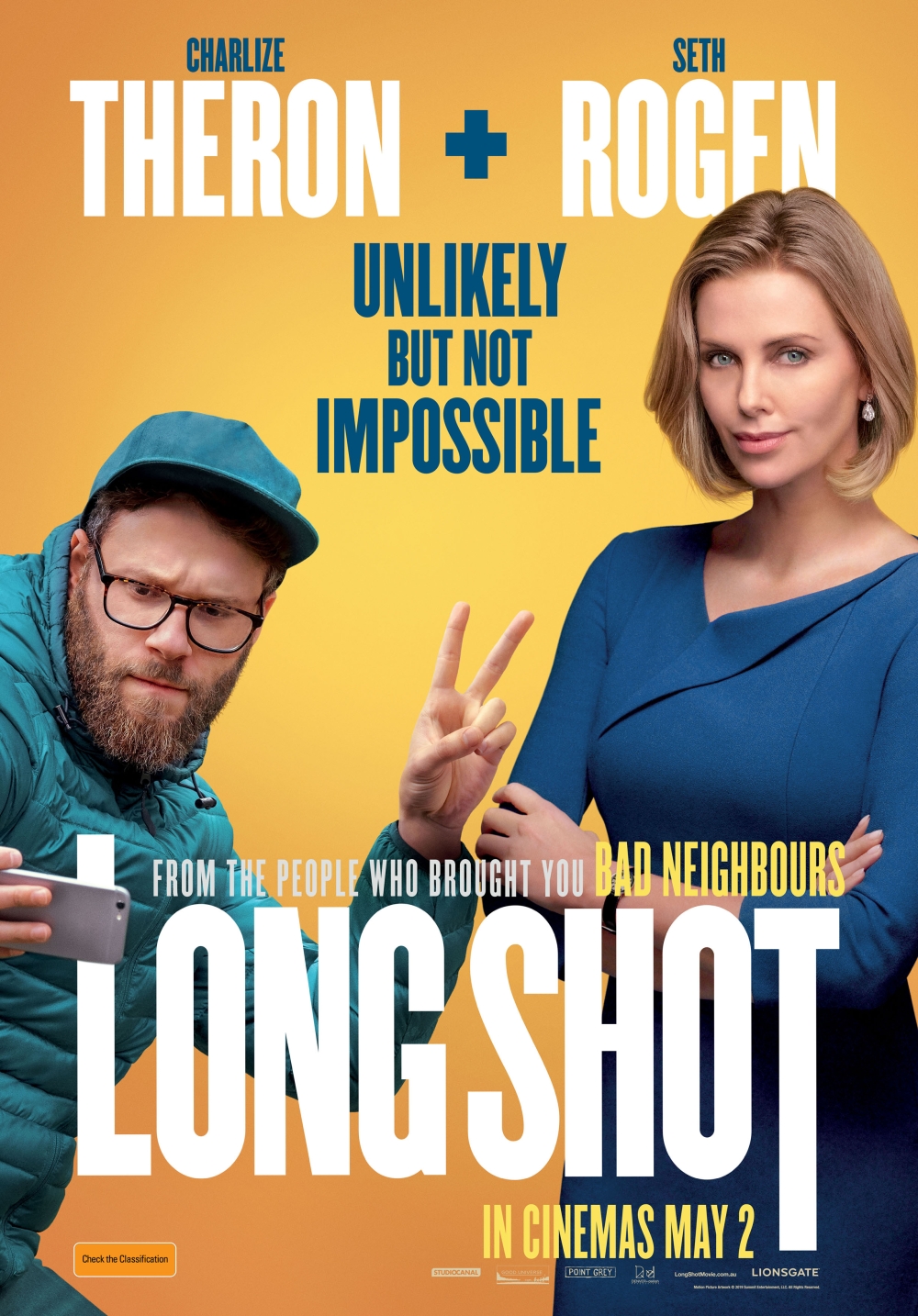 Charlize Theron plays Charlotte Field, Secretary of State to US President Chambers (Bob ODenkirk). When the POTUS confides he doesn’t plan to run for a second term, Field senses her chance to ascend to the top job.

Meanwhile Fred Flarsky (Seth Rogen) is a journalist for the Brooklyn Advocate, a left-wing leaning rag that’s just been taken over by a wealthy mogul (played by an unrecognisable Andy Serkis), prompting Flarksy to quit on the spot.

With Field in need of a new script-writer to improve her standing in the polls due to a perceived lack of humour, Flarsky comes on her radar, as the pair know each other from their teens, when Charlotte babysat Fred.

The pair reunite and become close once again, falling for each other under intense conditions, but outside pressures compromise their relationship leading to drastic measures being taken.