When eleven year old Mick (LEVI MILLER) is shipped off to his grandfather’s (BRYAN BROWN) cattle station in the remote Pilbara region of Western Australia, he prepares himself for a life of dull hardship, but instead finds myth, adventure, and a friendship with a scrappy, one-of-a-kind dog that will change his life forever.

So reads the official synopsis for Red Dog: True Blue, which hits cinemas Boxing Day 2016 hoping to mirror the success of  the wildly successful 2011 original .

RD:TB is a prequel that explains the origins of the red kelpie made famous in the first film and actually references the first movie in the opening scenes as a set up for the story.

While the existence of an actual Red Dog is fact, no one actually knows where the real Red Dog came from and the many stories about him have become both Pilbara myth and Australian legend.

The filmmakers used this ambiguity to craft their own tale of Red Dog’s origins and it is a story that incorporates some surprising elements.

Aboriginal land rights, mental health and same sex relationships are just three ideas touched on in a broad story about a young boy, Mick, who is shipped to the outback when his mother is institutionalised after suffering a nervous breakdown and is subsequently unable (or unwilling) to care for him.

Mick’s tough as nails Grandpa (Bryan Brown) allows him to stay on his cattle station in the Pilbara (“Who else would have you?”) where the boy discovers a puppy up a tree in the aftermath of a cyclone.

Mick names the pup Blue as he is covered in some kind of blue substance as a result of the wild weather, and despite the kelpie being red, the name sticks. The pair become fast friends, and the dog helps Mick navigate the trials of adolescence at this remote location.

Grandpa brings in a teacher – Betty Marble (Hanna Mangan Lawrence) to help Mick study, but she stirs emotions (and hormones) in the young man and he vies for her attention alongside the property’s helicopter pilot Bill Stemple (Thomas Cocquerel) who is a more fitting match for Betty. Or so it seems… 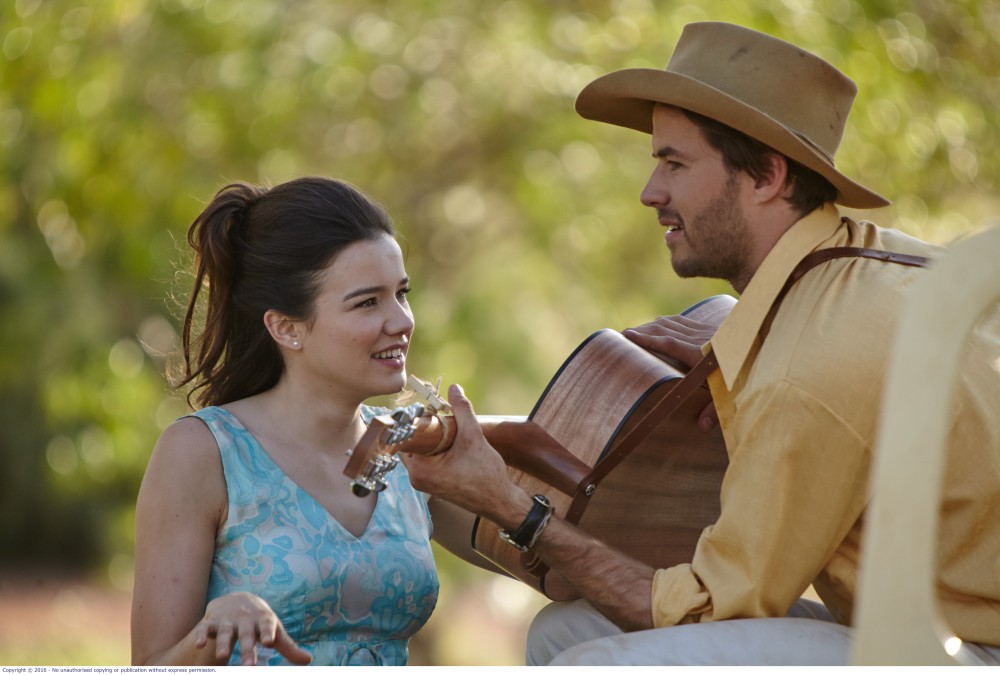 I am so blessed that I get to watch movies like this one with my nine year old daughter Ruby, as she is the ultimate litmus test for how film works on it’s intended audience. She laughed in all the right spots, held my hand for the few scary moments and was generally rapt for the entire film.

A sequence that sees Red Dog expelled from the house due to flatulence attributed to digestive problems, only to have him seek revenge by pulling Betty’s undergarments from the clothesline in full view of a horrified Mick, stuck indoors in a lesson with Betty, is executed perfectly and delighted Ruby, because let’s face it, underpants are pretty funny when you are nine.

There are some completely random moments like mining magnate Lang Hancock (John Jarrett) dropping in for a banjo jam session with Grandpa, and the film showcases a diverse cast as an eclectic bunch of inhabitants on the outback station, (which is probably indicative of the nature of the time and place,) including an Oriental cook named Jimmy Umbrella (Kee Chan) as well as Little and Big John (Syd Brisbane and Steve Le Marquand), stockmen with a secret and Taylor Pete (Calen Tassone), an Aboriginal jackaroo and budding activist. 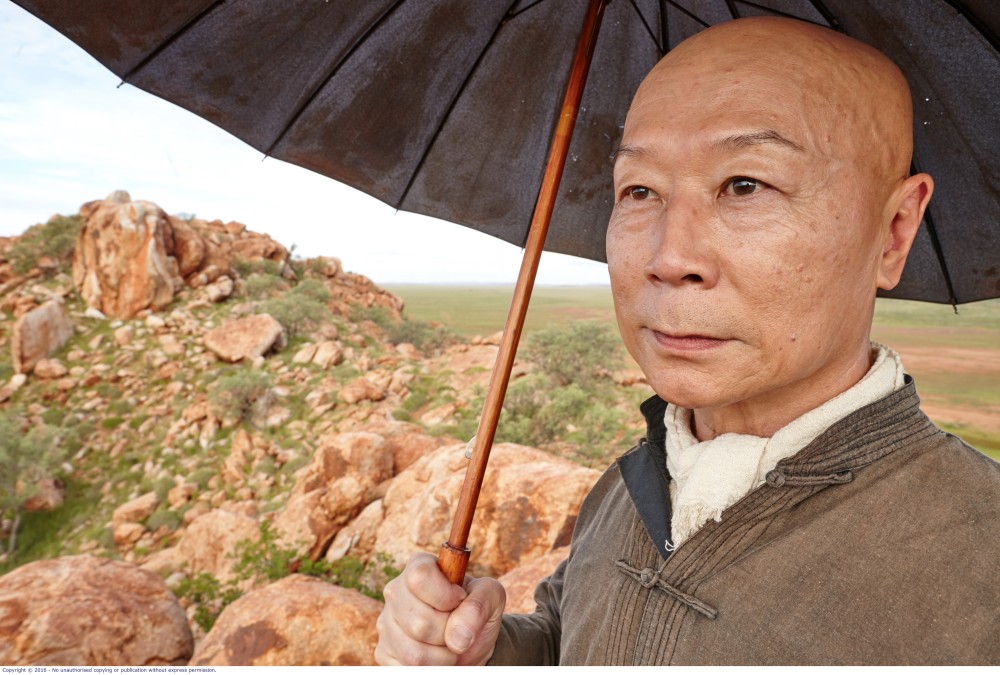 All in all it is a glorious slice of Australiana that should delight families this Summer.

With Boxing Day the biggest day of the year for the Box Office in Australia, it is great to see a live action Aussie-made, Aussie story represent us amongst the big imports, particularly in a year that was soft on local successes.

Last year we had no Australian film on the 26th December, whereas the year before we saw The Water Diviner prove to be a crowdpleaser.

At a time when we could all do with a feel-good experience, Red Dog: True Blue hits all the right marks, and will most likely spark a renewed interest in re-watching the original film to see where the story goes from here…

Suitable for kids 7 and up, this is destined to be a genuine Australian family favourite.