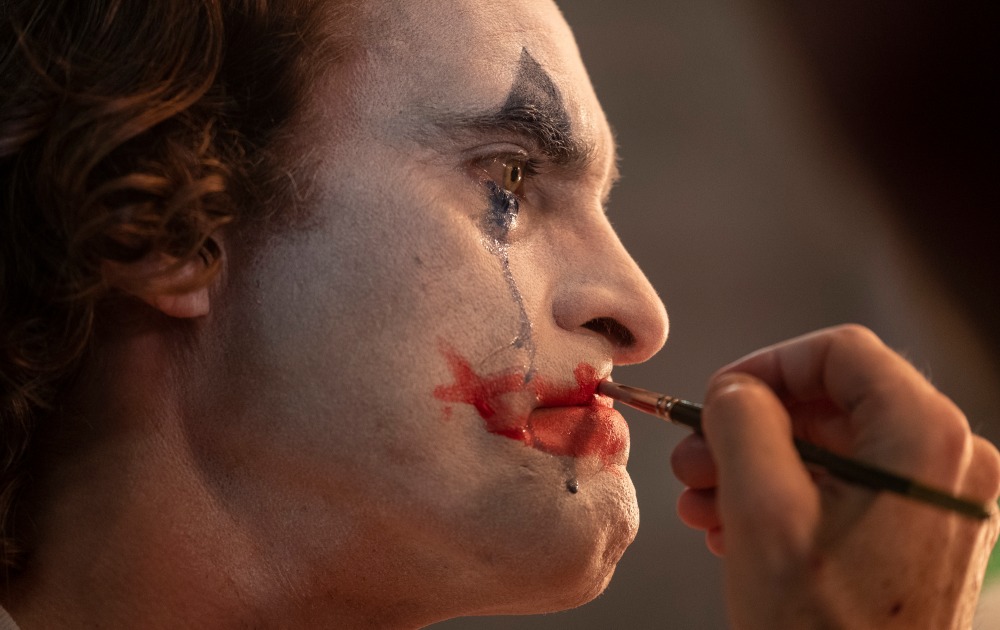 On my way to watch Joker in at a cinema in a Westfield in downtown San Francisco this week, a crowd had gathered to watch two black women engaged in some kind of physical conflict in the middle of the ground floor. Hairpieces were strewn across the marbled tiles as bystanders gawked, taking it all in via their phone screens.

A pervasive stench of rotten cologne filled the air, so I pulled my T-Shirt up over my face and took 4 escalator rides up to the movie theatre, each floor ever so slightly diminishing my view of the fray. I considered shouting out, “Hey Security”, or “Help Police” as one woman seemed particularly distressed, foaming ever so slightly at the mouth as the other larger woman had her in a chokehold as she tried to bash her face into the cold hard floor.

There were two other people close to the fighting couple, shouting and trying to stop the fight, but a much larger contingent of citizens stood back, just far enough to limit exposure to the unfolding madness, but close enough to have a good old gander at the combat.

Visiting the city for just one night on a trip to Pixar, a studio that’s about as close as you could get to my current sweet spot, I’d been spending time in Los Angeles, the self-proclaimed (and perhaps rightly) so “Entertainment Capital of the World”.

The altercation infused me with a sense of unease, as I found out the malodour was in fact pepper spray, and once I’d reached a high enough floor I could see down to reveal there were in fact several uniformed people attending the scene, but not doing a lot. Finally the smaller woman broke free, leapt up and sprinted away down an escalator to the food court below.

I continued on my way, bought some popcorn from a couple of brain dead imbeciles working at the candy bar and took my seat in the cinema.

From the get-go it became clear that Joaquin Phoenix’s performance is a mighty thing to behold. But as the story unfolded, and we learned about the unpleasant events in his character Arthur Fleck’s upbringing, I became extremely uncomfortable with his portrayal of “The Joker”.

Working as a rent-a-clown, spinning a “going-out-of-business” sign in Downton Gotham in mid-October 1981, where a garbage strike has left the city wallowing in it’s own filth, Fleck is attacked by a group of youths who steal his sign, knocking him to the ground. They run off with his placard, he takes off in pursuit and they ambush him in an alley, dishing out a merciless beating.

He returns to the squalid apartment he shares with his decrepit mother, and they watch their favourite TV show together, a talk show starring Murray Franklin, played by Robert DeNiro.

Fleck dreams of being a stand-up comedian and he scrawls random thoughts in a journal he presents to his shrink, who can’t treat him anymore as the “city’s welfare budgets have been cut”.

Arthur is seething as he believes the therapist has no real concern for him, merely going through the motions each week asking if he has any negative thoughts, to which he responds “All I have are negative thoughts”….

The line gets a laugh, and it’s a black moment, tragedy as comedy, as we wonder how to feel about the guy. He’s terribly naïve, accepting the gift of a revolver from a clown co-worker, before carrying it with him to work at a children’s hospital, where he puts his all into a routine trying to cheer up sick kids. The pistol falls from is pants pocket, and that’s the end of his employment.

So with no doctor, no job, and a growing frustration at the world, he takes a subway home, where he crosses paths with 3 drunk stockbrokers hassling a woman sitting by herself.

Arthur laughs, and he carries a doctors card that explains his laughter is uncontrollable, an affliction resulting from a brain injury. The wall street guys turn on him, before Fleck reaches for his gun and metres out his own sick brand of justice.

At this point it became apparent that there was a guy in my audience who was laughing out loud in a tone identical to Fleck, and was cheering the violence on screen. Given the shooting that took place in Colorado in 2012 during the opening night of The Dark Knight Rises, and the jarring tone of Joker, it was a two hour film I sat through with gritted teeth.

The script seems to be based off of actual events of mentally ill people going on a rampage, blaming everyone but themselves for their violent outburst. While there were a couple of lines about “how society deserves this behaviour because of the way it treats the downtrodden”, and “nobody wants to listen to the other guy”, that might spark a conversation about the way we do treat our fellow man, but this whole film feels more like the work of a Riddler than a Joker.

For some it might be a masterpiece, for me it is “Highly Divisive & Enormously Uncomfortable” – 2 & 1/2 Stars.