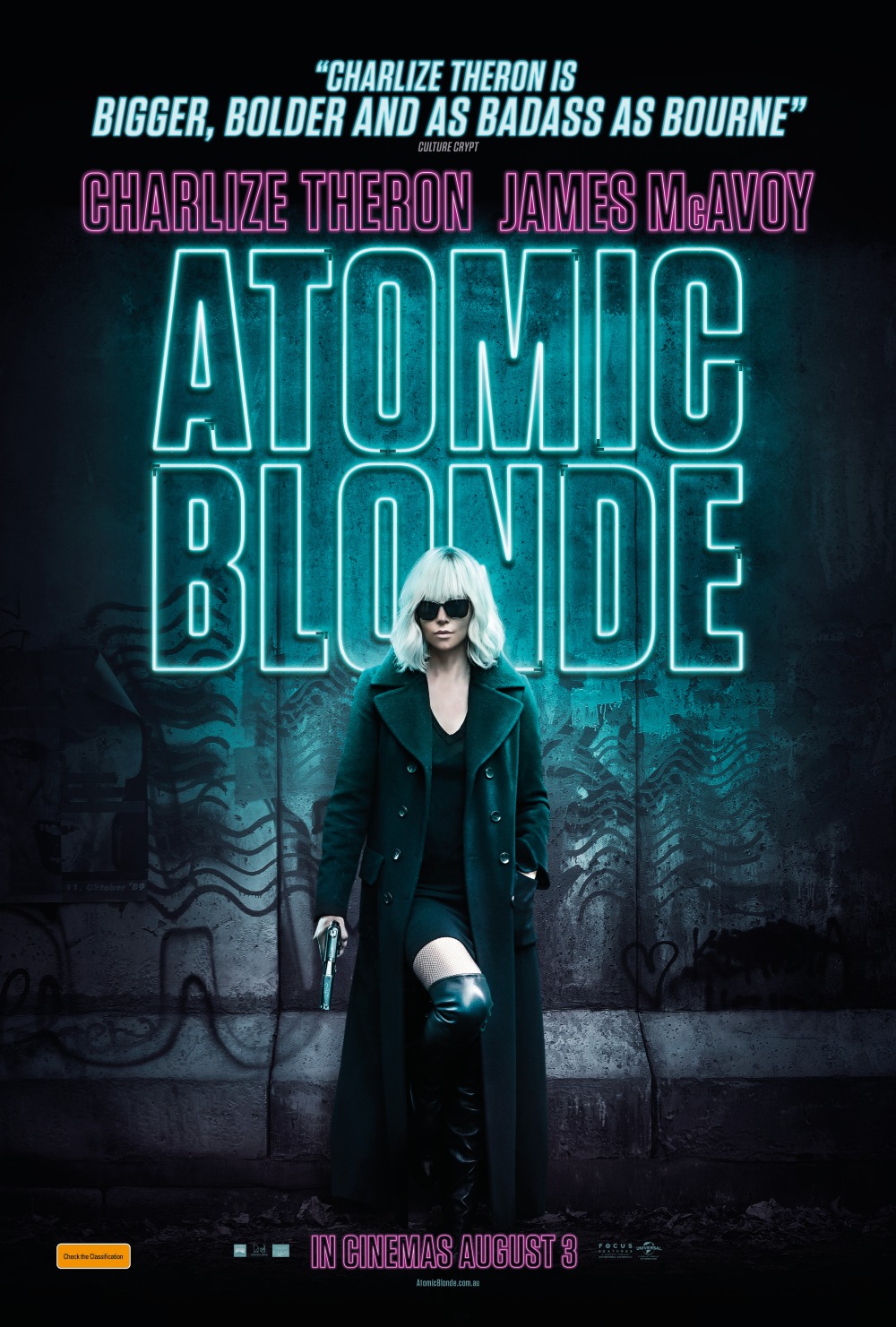 Following in the footsteps of Angelina Jolie in Salt and Uma Thurman in Kill Bill, (along with countless other femme fatales),Charlize Theron  at 41 has blazed a brand new trail, setting a fresh bench mark in badass, redefining the phrase “Anything Boys Can Do Girls Can Do Better”, as she plays the role of Lorraine Broughton, a top-level MI6 spy agent who is so tough she makes Bond and Bourne look like Baby Boys. 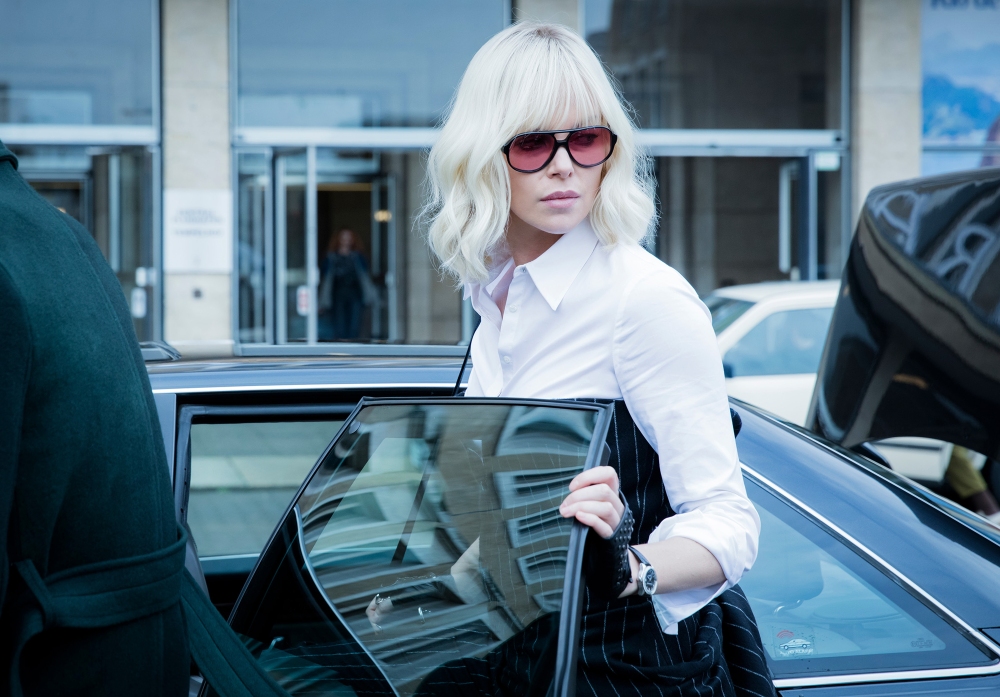 Opening in Berlin in 1989, on an explanation that the film will not be about the collapse of the Berlin Wall, but rather a top secret mission in the 10 days leading up this event, as a variety of intelligence agencies race each other to find a list of secret agents including the identity of a double agent, named Satchel.

The man in possession of the list at the start of the film, Sam Hargrave as James Gasciogne, meets a grisly end at the hands of a KGB agent. With the British agent dead and the whereabouts of the list unknown, Theron is brought in to clean up the mess and the film unfolds over a series of flashbacks as she is debriefed in London after her mission in Berlin to recover the list. 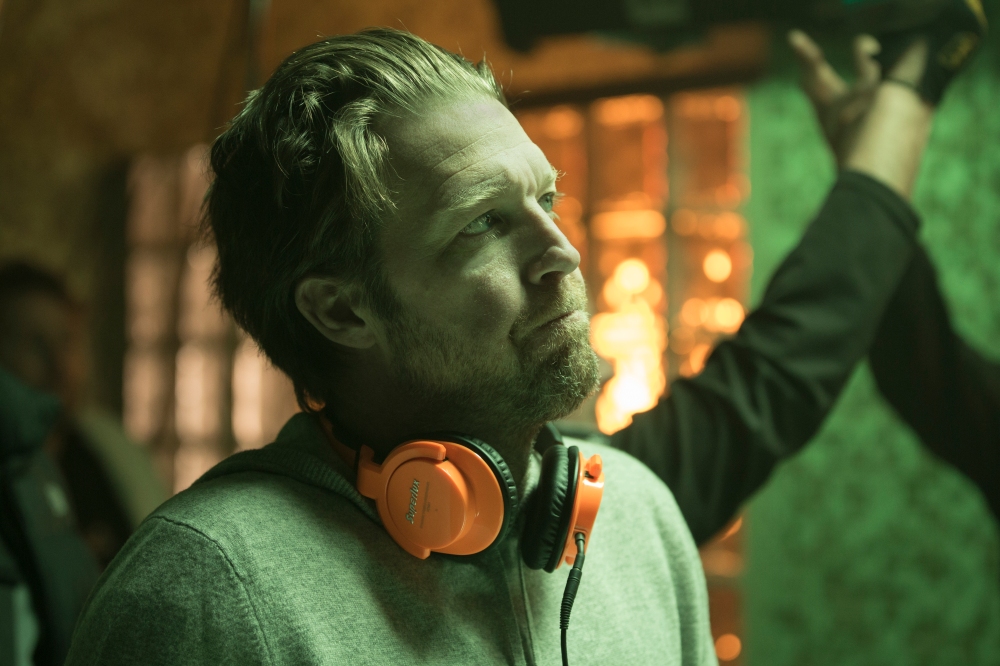 Directed by David Leitch an accomplished stuntman who directed John Wick, Theron proved herself such a physically capable performer during preproduction that the director increased not only the amount of stunt work she did, but also the length of shots for critical scenes as Theron was able to perform complex martial arts and self defense sequences so convincingly that there was no need for a stunt double, or editing to disguise one. Theron and Keanu Reeves trained together in the lead up to Atomic Blonde and John Wick 2, with Theron reputedly utilising up to 8 trainers, working so hard she regularly threw up and even cracked her teeth from clenching and required dental surgery. 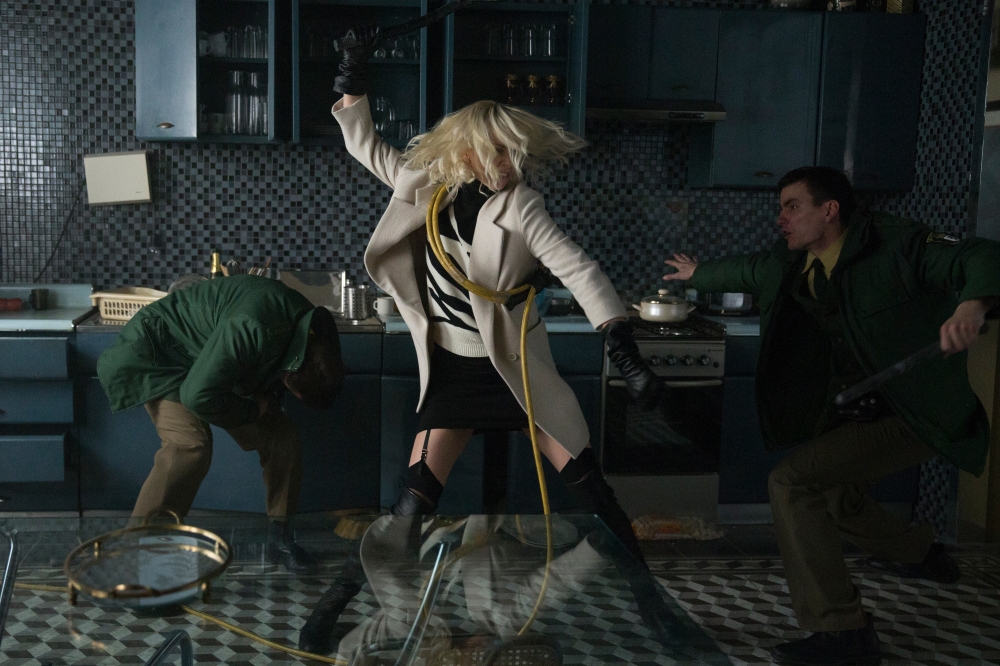 Alongside phenomenal physical action, the film boasts super cool styling with Theron wearing several wardrobes full of era appropriate fashion garments, and for much of the film she looks like she just stepped out of a Dior commercial, before engaging in physical violence so confronting I was grimacing and vocalizing as each scene played out.

Theron took many an ice bath during the film as well as imbibing a constant flow of Stoli on the rocks and chain smoking cigarettes.

The soundtrack is a wonderfully throbbing, swaggering collection of memorable tunes from the 80s, many remixed to add oomph, with many placed perfectly including A Flock of Seagulls I Ran during a heart stopping car chase sequence, and many scenes cut to the songs.

Visually the film feels a little like the Prodigy’s video for Smack My Bitch Up, and you anticipate anything can happen, and it just about does.

The cinematography shows the directors depth of experience as a stuntman and second unit director with stunts filmed in ways I have not seen before, creating the sense that Theron is right in the guts of all the action. 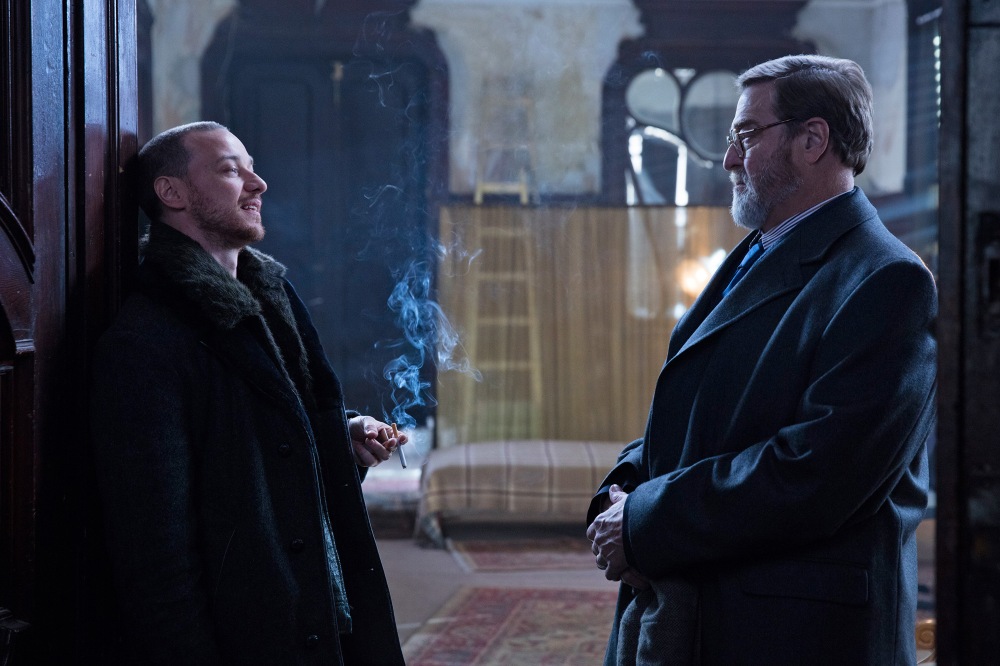 This is Theron’s film, and I’d like to see an Oscar nomination purely for the intensity she brings to the performance, and the supporting cast including Sofia Boutella as Delphine Lasalle, an undercover French agent, John Goodman as Emmett Kurzfeld, a CIA agent working with MI6 and James McAvoy as David Percival, an eccentric Berlin station chief who becomes an ally of Broughton all contribute commendable performances .

There is a LOT of violence in the film and with it, buckets of blood.

Characters are dispatched with gunshot wounds to the head, handyman tools and common household implements put to devastating effect, and Theron never waves in her unflinching ability to dispatch just about all comers.

The story very nearly lost me towards the end, but came good with a couple of excellent twists.

All in all this is a super stylish, ultra cool excellent spy thriller with a tonne of action.

Atomic Blonde is an Absolute Blast.