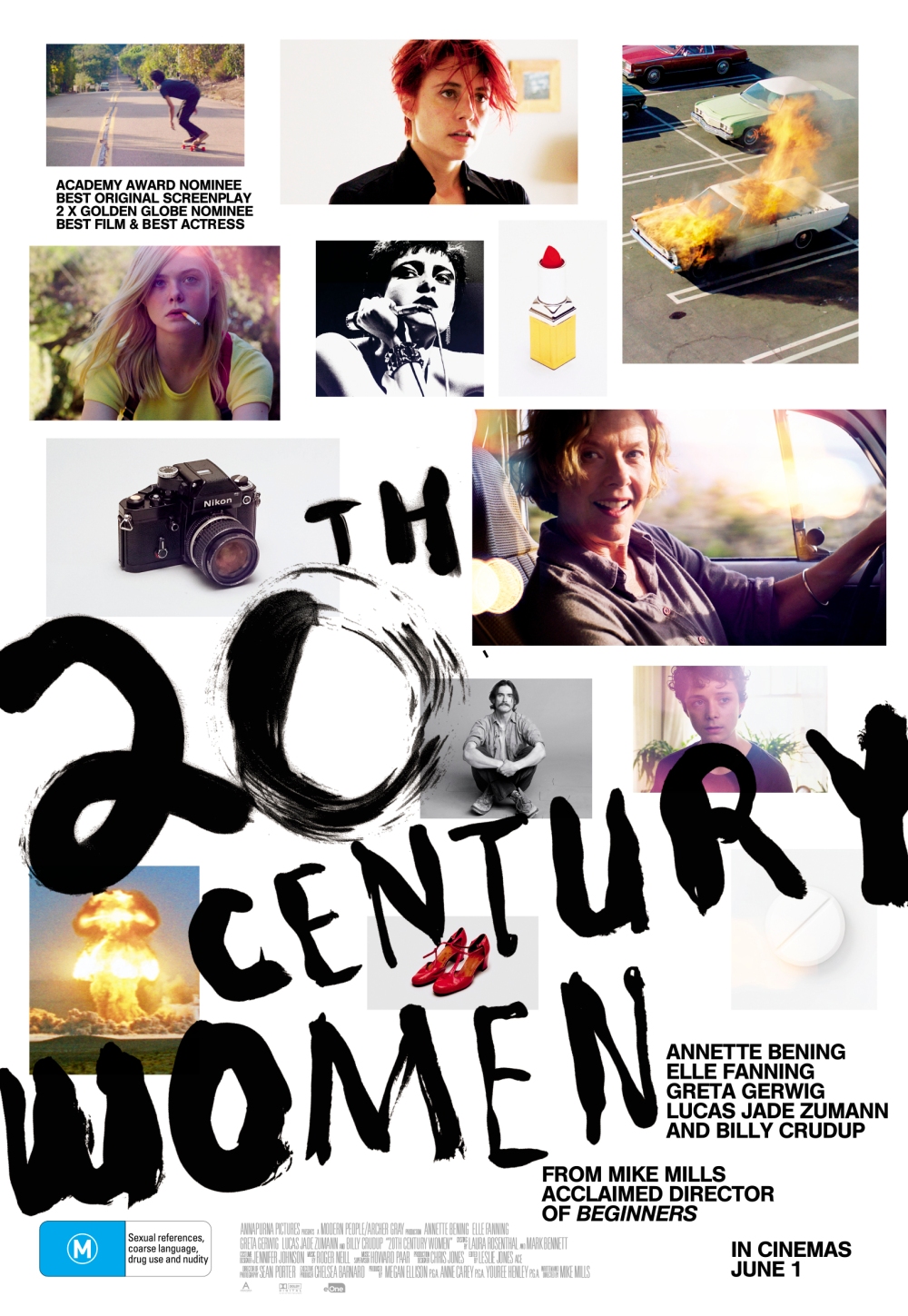 The first time I saw the trailer for this one, months ago, I thought “That looks like it is going to be excellent”.

The film went on to earn two Golden Globe Nominations for Best Picture and Best Actress for Annette Bening, and an Academy Award nomination for Best Original Screenplay.

This synopsis – “In 1979 Santa Barbara, Calif., Dorothea Fields is a determined single mother in her mid-50s who is raising her adolescent son, Jamie, at a moment brimming with cultural change and rebellion. Dorothea enlists the help of two younger women — Abbie, a free-spirited punk artist living as a boarder in the Fields’ home and Julie, a savvy and provocative teenage neighbour — to help with Jamie’s upbringing” tells you everything you need to know about what you can expect.

This is EXACTLY the film I wish I could have watched at 15 to get a glimpse of how my journey into adulthood might look. The development of self-identity is a subject that fascinates me (having lived the majority of my life effectively as an alter-ego) and it is the forging of identity that it is at the heart of 20th Century Women.

Mike Mills has written and directed a film that is a love letter to his own mother and also a way to ask all the questions of her that he wished he had while she was alive.

This really is one of the best, most touching, truthful and funny films I’ve seen so far this year and it is worth checking out on the big screen or when it comes out on DVD and digital.