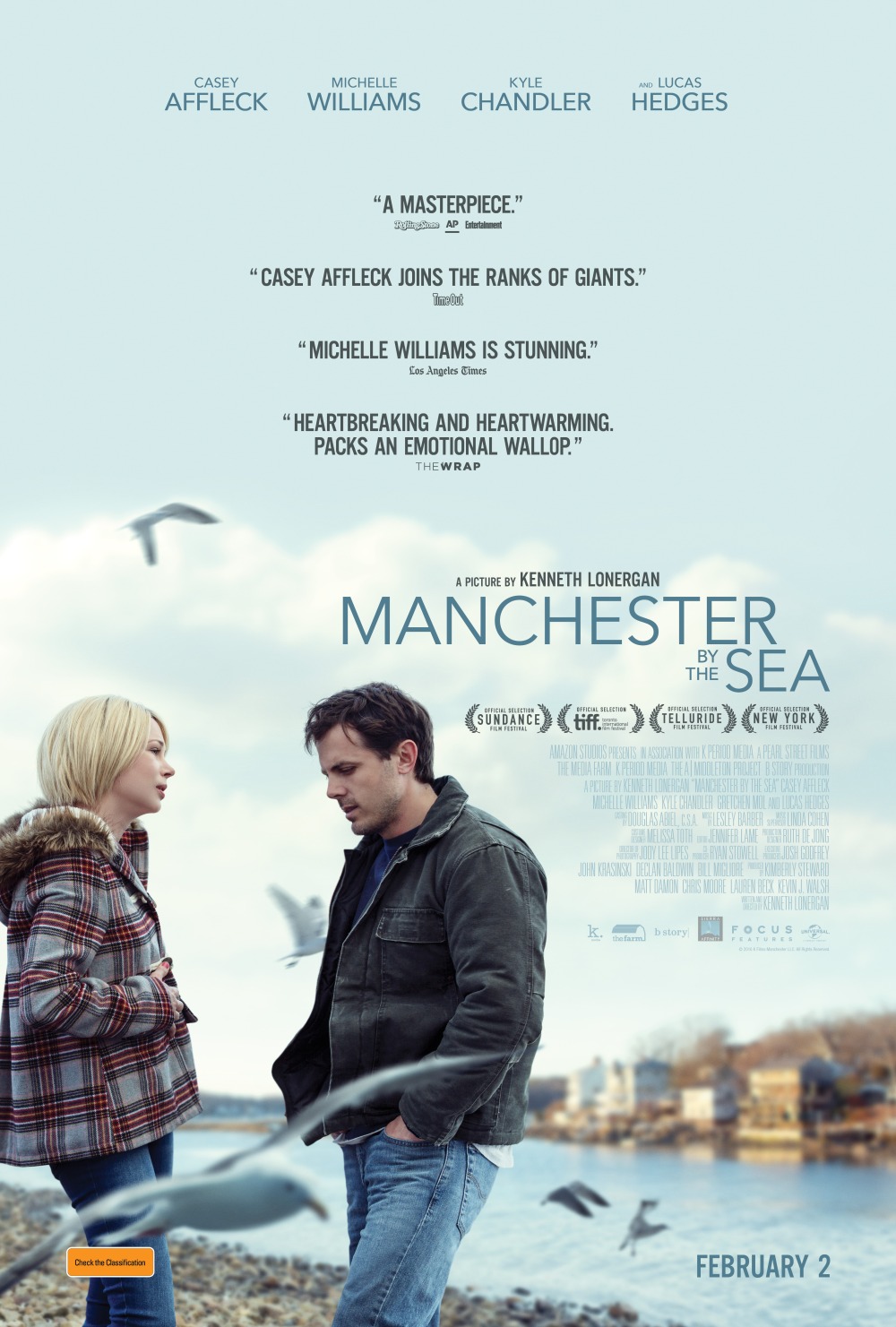 Manchester By The Sea may well be the antithesis to the cinematic experience of La La Land in this year’s Academy Award race for Best Picture. Well, after Hacksaw Ridge.

While La La Land is a feel good musical romp through sunny Hollywood, Manchester By The Sea is a devastating portrait of a tortured man’s troubled past in a bitterly cold town on the edge of the North Atlantic Ocean.

Nominated for six Academy Awards, including Best Director and Best Screenplay for writer/director Kenneth Lonergan (whose previous writing credits include Gangs of New York, Analyze This and Analyze That, and The Adventures of Rocky and Bullwinkle), three acting nods and also Best Picture.

I had the privilege of seeing the film in freezing cold New York in December, just hours after interviewing lead actor Casey Affleck’s brother Ben Affleck and congratulating him on his Casey’s Golden Globe nomination for Best Actor, (which Casey went on to win and then not reference his brother in his acceptance speech.) https://www.youtube.com/watch?v=SqEzsihgFuE 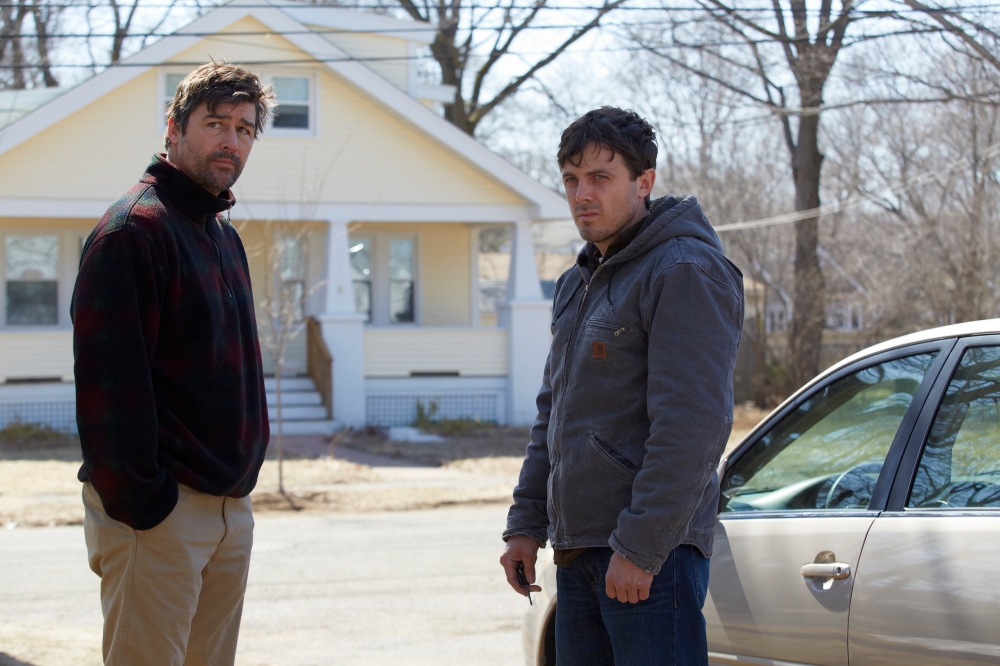 Casey plays a janitor – Lee Chandler – who learns his brother Joe (Kyle Chandler) has suffered a heart attack. Arriving at the hospital too late to say goodbye to his brother, Lee seems unaffected by the news of his death and carries on as if nothing significant has occurred.

Joe has listed Lee as his preferred guardian for Joe’s son Patrick (Lucas Hedges – also nominated for an Academy Award – for Best Supporting Actor) and Lee must firstly break the news of Joe’s death to Patrick before determining if he is actually capable of caring for the boy.

All the while, Lee’s backstory about why he is so emotionally detached from the world begins to reveal itself, and we learn he is deeply traumatised from a devastating experience with his ex-wife Randi (Michelle Williams, nominated for Best Supporting Actress).

Affleck, as Lee, mute with grief from those unbearably tragic events, emotionally absent and seemingly empty, yet full to the brim with contained sadness, offers himself as a ferry to steer us through the films deep waters as he is forced to navigate even further misfortune. 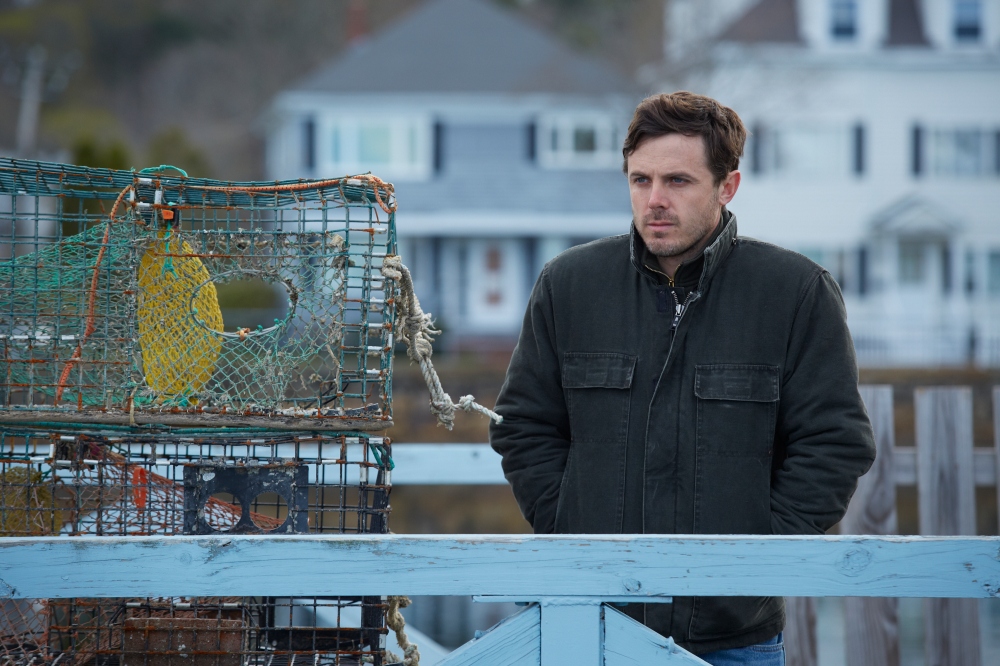 Admittedly, on paper, this sounds like it could be a maudlin slice of middle of the road melodrama more suited to a midday movie than the Oscar’s stage, however it is Affleck’s utterly heartbreaking performance and his perfectly nuanced interactions with Patrick, in a performance exquisitely executed by Hedges, that lifts this film into the stratosphere.

Thankfully there are wonderful splashes of black humour to punctuate the grief but be warned – this film is absolutely heart-wrenching.

I found myself uncontrollably sobbing in several scenes and can’t remember the last film that left me so overcome with emotion.

Manchester By The Sea smashes your heart into a million tiny particles and puts them back together piece by piece.

The writing and the acting, together with Lonergan’s subtle direction means the film sneaks up and smashes you in the gut, the mouth, the heart and the balls while holding you in its warm embrace.

Manchester By The Sea is a profoundly moving film that is every bit as real as life itself.

Start engraving his name on the Oscar.