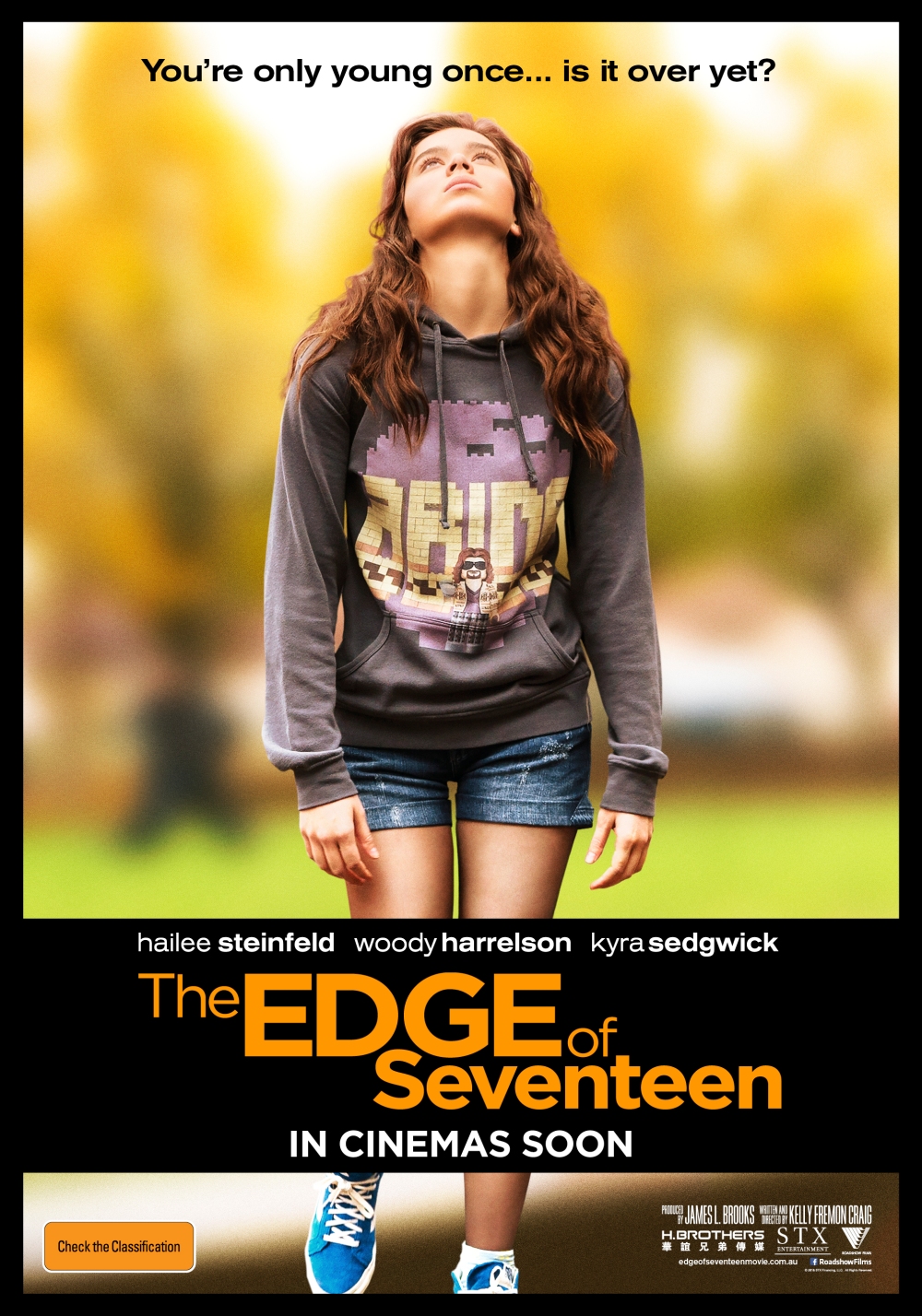 From first-time writer/director Kelly Fremon Craig comes the story of 17-year old Nadine Franklin who bursts into the classroom of her history teacher, Mr. Bruner (Woody Harrelson), and dramatically tells him that she is going to kill herself. Nadine flashes back to the events leading to that moment.

In a fascinating article in the LA Times, the director reveals how a showbiz guru, James L Brooks, guided her to write such a brilliant film.

For anybody who experienced a challenging time in their teens, (wasn’t that ALL of us?!), this film shines a light into the uncomfortable nooks and crannies of adolescence in a perfectly poignant way.

Woody Harrelson uses his dry wit as Mr. Bruner to keep Nadine sane and alive as she battles the horrors of life at high school. At one point she tries to use a death in the family as an excuse for not completing an assignment, to which Harrelson quizzes her about the time of passing, explaining that the excuse is only good for a year after a death of a relative.

Kyra Sedgwick plays Mona, Nadine’s mother, who requires as much looking after as her kids.

Erwin Kim (Hayden Szeto) is Nadine’s awkward admirer and ultimately the best choice for her to hang out with.

This film hit the nail on the head for me, and it is thanks in part to the likes of James L Brooks that it offers something genuinely charming and real.

Like the best films about teenagers, it also features a kick-ass soundtrack.