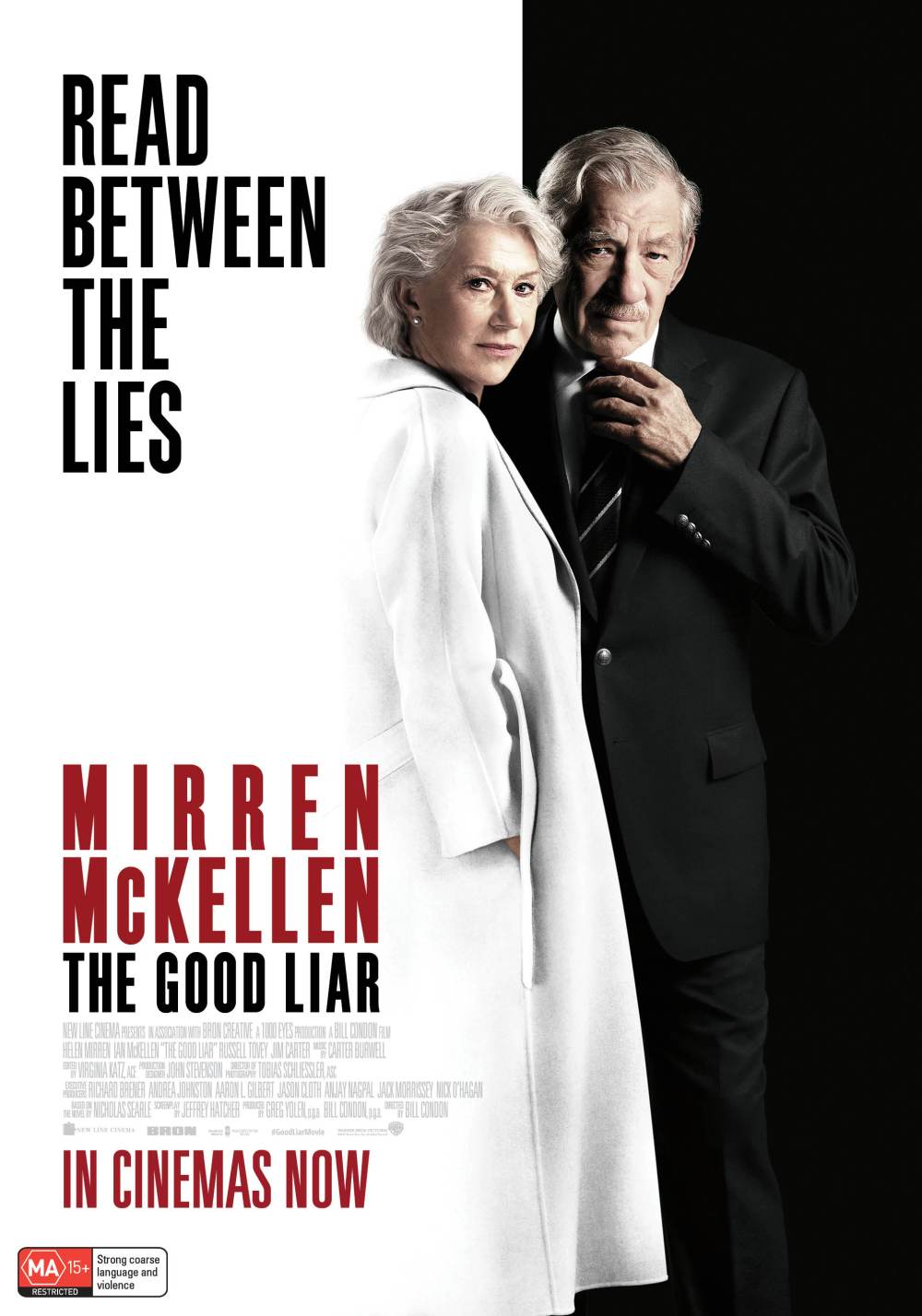 What do you get when you combine a Sir and a Dame? In this case a perfect match as McKellen and Mirren duke it out, tiptoeing around the truth in this surprisingly smart thriller.

Blind Freddie could see there’s more to The Good Liar than what the trailer tells us about lonely widow Betty (Helen Mirren) who appears set up to fall for scam artist Roy (Ian McKellen). But this is a film about identities and what people believe about what we tell them about ourselves. A fact that cuts both way between our lead characters. The less you know going into the film the better, as the twists and turns would be less fun if you twig to what’s coming. Suffice to say that listening to the dialogue of the film in hindsight puts a completely different spin on proceedings and this is a film I wouldn’t hesitate to watch again.

Meeting online, Roy quickly shacks up with Betty and makes moves to swindle her down to the last penny. But Betty’s son Stephen has other ideas, warning his mum at every turn not to fall for Roy who does his best to convince Betty to invest her entire estate into a joint account where their money will be doubled in just 5 years.

If it sounds too good to be true it usually is, but Betty has faith in Roy and makes preparations to merge their finances, a relatable topic for many adults embarking on a new relationship later in life.

There were plenty of laughs about the realities of co-habiting couples in my screening of mainly retirees.

Betty persists though and the relationship grows, stopping short of physical intimacy. Watching the Dame and the Sir work with sharp dialogue as the darkness creeps in building to a shocking conclusion, this is a film that pays off in spades.

The score hints at the menace behind the facades and director Bill Condon (Beauty & The Beast) directs a ripping version of Nicholas Searle’s 2015 novel with several tweaks to make it work on the screen.