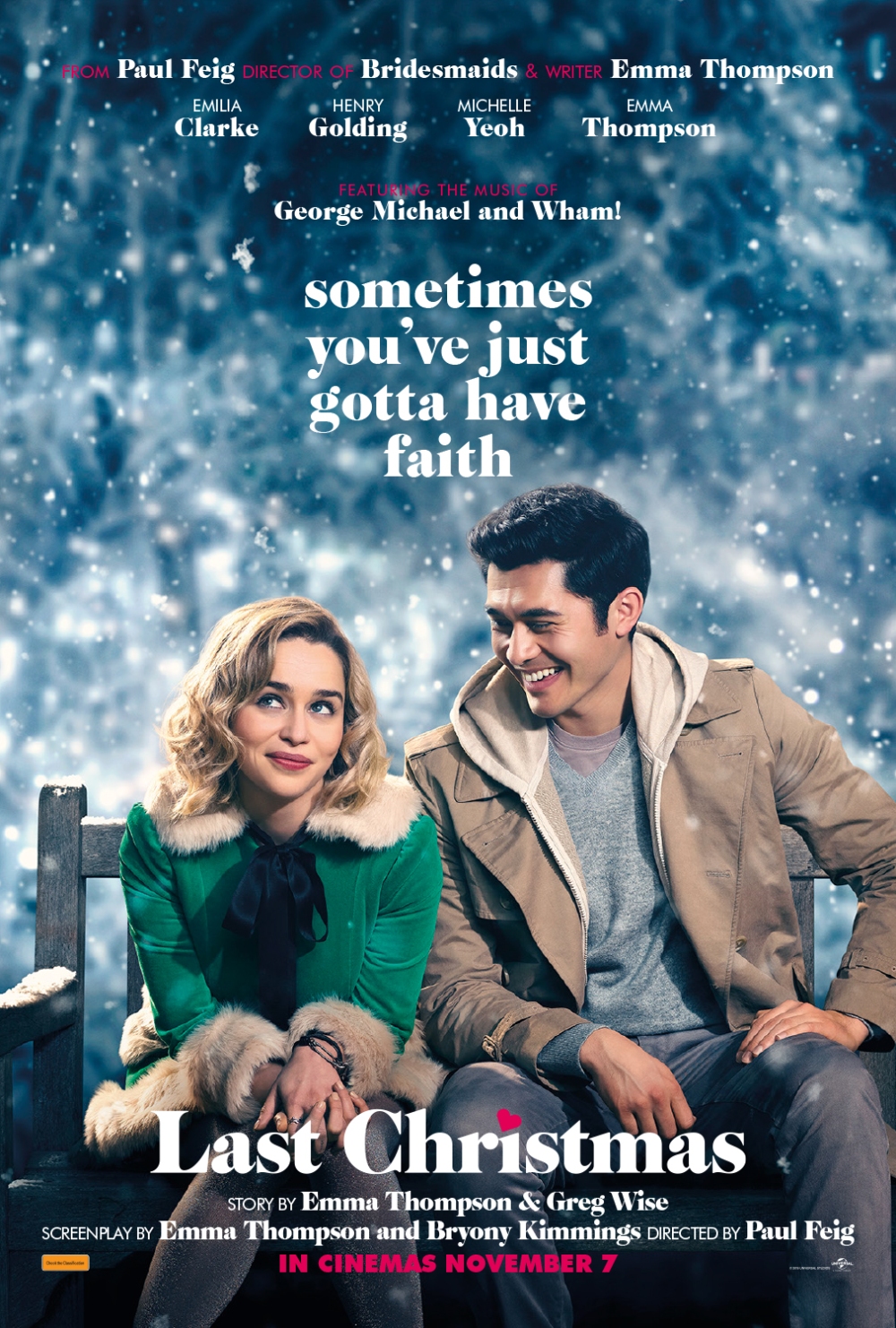 The latest comedy from Paul Feig comes with a twist that apparently everybody else in the world picked instantly but I couldn’t see coming until the reveal, when it did become bleeding obvious.

Emilia Clarke plays Katerina (Kate), who as a child was a gifted singer, but now as a young adult her life seems off the rails. She works in a shop that sells tacky Christmas decorations for an unlikely boss – “Santa” (Michelle Yeoh) and falls into the arms of just about any guy she meets.

She drinks heavily and can’t quite understand why her life is so shit (her words not mine).

Emma Thompson has written the story and plays Kate’s Mum Adelia, clearly relishing the opportunity to belt out a brash Russian accent.

After a career setback, Kate bumps into Tom (Henry Golding) out the front of her shop. He tells her to “look up”, she does, and gets pigeon crap in her eye.

Kate thinks he is interesting but they part ways and she does the rounds of her friends, crashing on their couches, doing anything she can to avoid having to go home to her parents.

As they develop their friendship, she reveals to Tom that she was seriously ill, and that her Mum was last happy when Kate was sick. Kate explains that when she got better all the attention went away and her Mum wasn’t ever the same.

Cram in some gay characters, George Michael hits, lots of slapstick comedy and some serious notes about Brexit(!) and lines like “Be good to yourself because nobody else has the power to make you happy”, and ultimately Last Christmas is a fluffy piece of lightweight feelgood yuletide cheer with some classy and some cheesy moments.

Overall a Powerful Parable About Positivity.