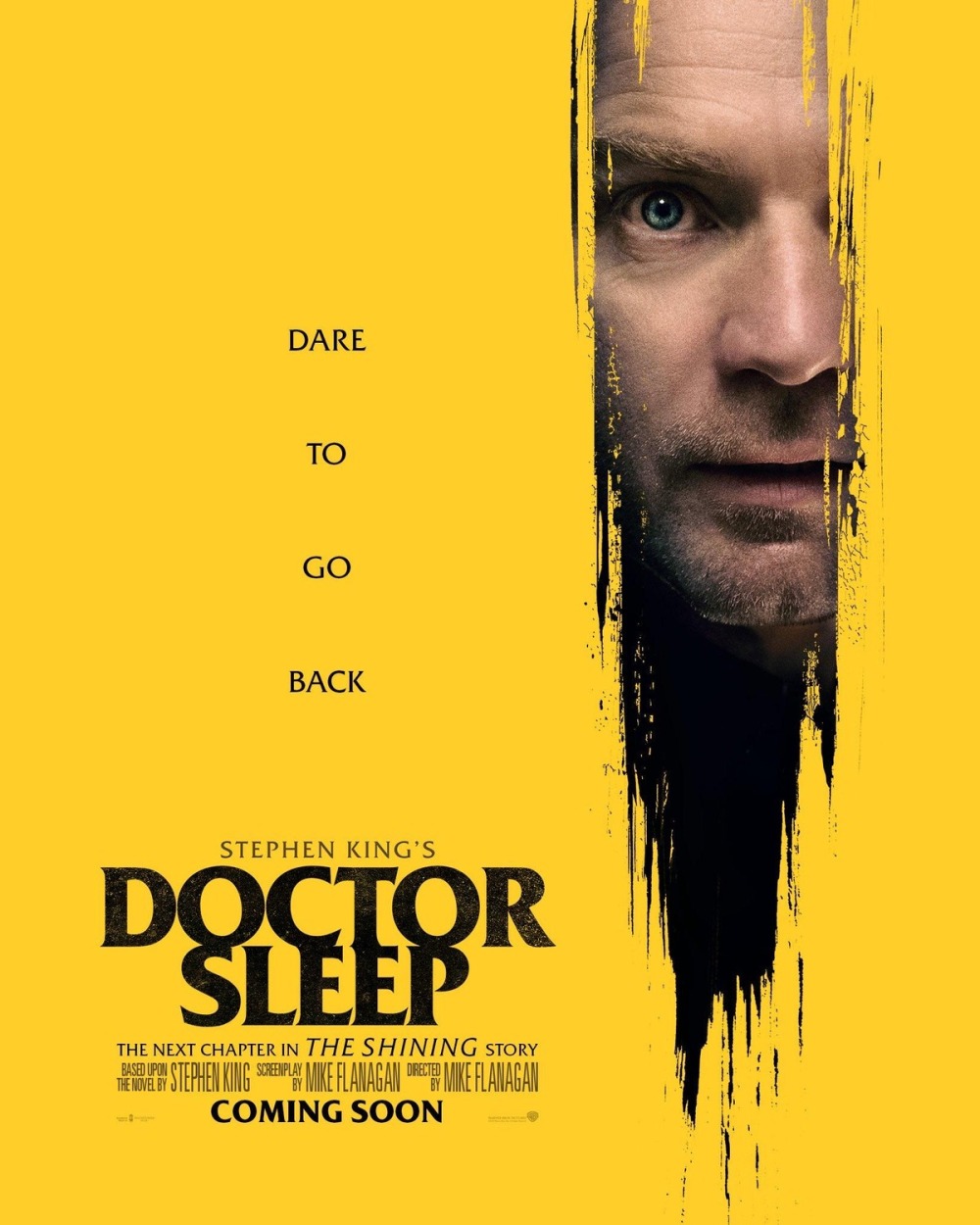 Not happy with Stanley Kubrick’s film adaptation on his classic horror novel The Shining, Stephen King has returned to the occupants of the Overlook Hotel 40 years on, to check in on Danny Torrance, and see how the kid on the tricycle is handling his psychic gift.

Turns out not so well. It is 2011 when we first see adult Dan (Ewan McGregor, after a quick earlier sequence set in 1980) , as he awakens in a strange bed beside a woman he met the night before. In between them is a small quantity of vomit. Charming. Dan seeks solace in booze and drugs, wiping away the trauma of his upbringing and the burden of his special ability.

The film has itchy feet, flipping around a handful of locations (and eras) including two spots around New York as well as more rural US towns, to show us how a posse of people eaters are on the loose tracking down magical children, abducting them, killing them slowly and painfully in a bid to feed on their “steam” (dying breath) to slow the ageing process. The gang call themselves the True Knot and some of them have lived for many centuries. These folks “Eat Screams & Drink Pain”.

In some ways it is classic King and others less so, as surely he peaked years ago? Some scenes are so laborious with dialogue, you can grasp it comes straight from his book, rather than been written for the screen more efficiently.

I was a HUGE fan of his writing as a teenager and couldn’t get enough of his books. Carrie, Christine, Cujo, The Stand were tomes I spent many a nervous night reading under the covers by torchlight. Of the many things the world needs now, I’m not sure a sequel to The Shining was on the list and much of the story feels quaintly outdated.

The head people eater, Rose the Hat is played with creepy effect by Rebecca Ferguson who makes a solid adversary to McGregor’s Dan as he struggles to find a path to sobriety and deal with the demons in his past and in his head.

Dan crosses paths with a young girl named Abra (get it?) Stone (Kyliegh Curran) who also has the magic gift and the pair combine shine in a bid to put a stop to the people eaters.

There are some striking visual effects, reminiscent of Inception, and True Detective also feels like an influence with slow dissolves between scenes and long aerial shots of wide landscapes. Similarly the score adds to the sinister vibe, but ultimately I’m not sure there are enough frights to really call this a horror film.

The film really kicks into gear bang on the 1 hour mark, but around the 2 hour mark the movie meanders its way back to the Overlook Hotel, and I found myself nodding off. While I napped, Dan and Rose had their big showdown. (I guess the title lived up to it’s name…..)

Interestingly the project existed as just “Doctor Sleep” for all of 2019 until a few weeks out from release when somebody at the studio must have twigged few of us had any idea what the film was, and “Stephen King’s” was hastily tacked onto the poster and trailer. It certainly isn’t a bad film, but it is flawed and the length is definitely 30 minutes too long for no good reason – unless director Mike Flanagan was aiming for the 2 hour and 37 minute mark…. but even then he falls short by 5 minutes with a final duration of 2 hours and 32 minutes.