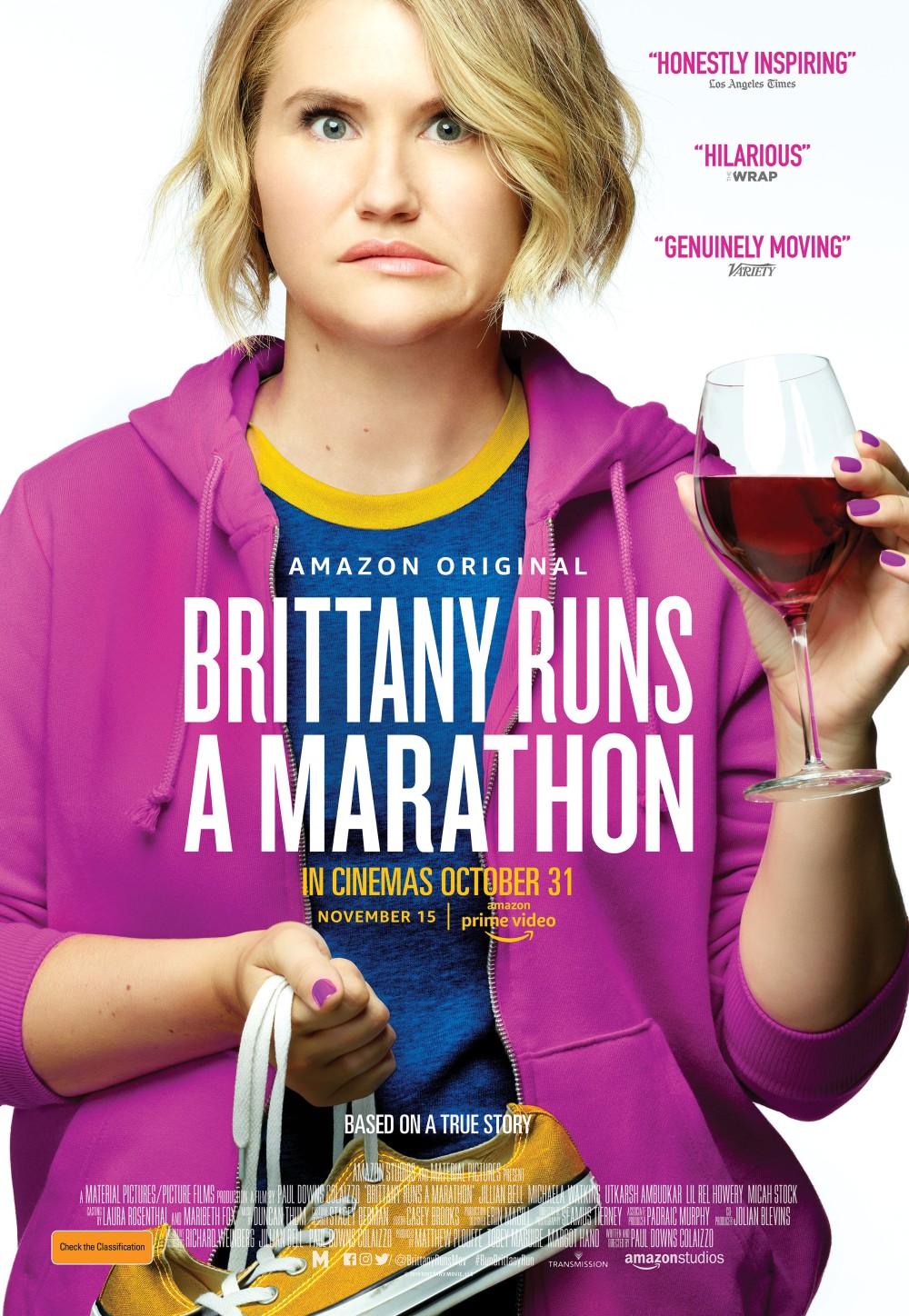 Jillian Bell steps into her first lead role as Brittany, a New Yorker whose partying ways have masked serious emotional pain sending her on a pathway to poor health, both mental and physical.

During a visit to a GP in an attempt to score some Adderall, a commonly prescribed amphetamine, Brittany is alarmed to learn her weight crosses into the obese portion of a BMI chart, and the doctor refuses to give her a script, instead urging her to lose weight to avoid succumbing to serious health issues.

Incensed, Brittany storms out of the his office and seeks solace in her regular habits of drinking heavily, taking drugs and sleeping with strangers.

She lives in a rundown apartment with her flatmate Gretchen (Alice Lee), an attractive young Asian woman who loves to post glamorous social media pics and despite sharing many unhealthy habits with Brittany, seems to bear none of the same ill effects.

Fed up with the lack of direction in her life, and unable to afford a gym membership, Brittany decides she will jog around the block to kickstart a new, healthier regime.

Before long she hooks up with her neighbour Catherine, and another runner Seth, and, after successfully completing a 5K run, the group unite in a shared goal of running the New York City Marathon.

Bell is a winner as the outwardly brittle Brittany, slowly allowing the layers to be peeled back, so we can see what led to her downhill slide. The story succeeds in inspiring us to consider realising our capabilities and not allow ourselves to be pigeonholed by others, in Brittany’s case always playing the clown.

For debut director Paul Downs Colaizzo who wrote the script about his real life friend Brittany as she travelled a similar journey, also infusing it with his own experiences coming out within a religious family, this is a triumphant, wonderfully sewn together film filled with moments of raw, real experiences as Brittany discovers that the change she so wilfully resisted can be both wonderful AND painful.

Colaizzo draws you in for the first 60 minutes or so with a lot of laughs before opening up with some powerful and serious ideas around identity and perception that many of us can relate to.

I for one have struggled with my weight for much of my life, having copped nicknames, tried diets and even joined Weight Watchers while in primary school, and Brittany Runs a Marathon does a truly magnificent job of examining what it takes to tackle life’s big challenges and feel comfortable in our own skin without being preachy or too earnest. It’s great to see Jillian Bell break out in a role she seems born to play, and I look forward to what both she and Colaizzo do next.