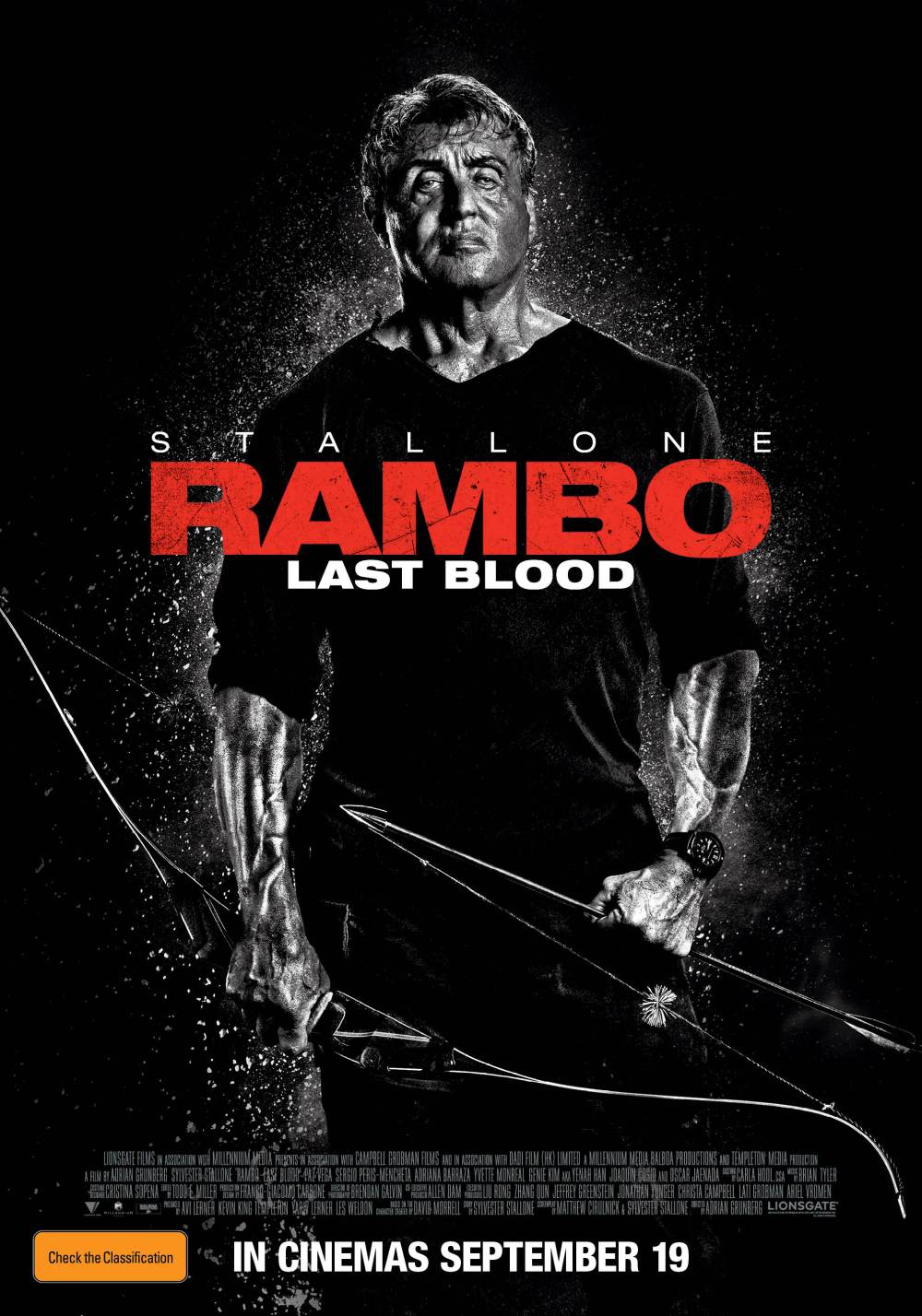 1982’s First Blood is a seriously great film. The story of John Rambo, (played by Sylvester Stallone) a Vietnam veteran rambling his way across America, who encounters prejudice in Hope Washington, at the hands of local law enforcement.

Rambo is initially escorted to the town limits by the town’s Sheriff, Will Teasle (Brian Dennehy), who views Rambo as an unwanted nuisance. When Rambo wanders back into the two in search of a meal, he is arrested, incarcerated and physically assaulted, before breaking free and escaping to a mountainous hideout.

Based on a novel by David Morrell from 1972, the film harks back to another era of machismo, as Teasle, flexing his muscle and ego as the town’s protector, vows to capture or kill Rambo , while Rambo draws on his supreme combat skills learnt in the elite Green Berets while simultaneously struggling to cope with his experiences in Vietnam, and in a surprising show of emotion at the climax of the film breaks down in tears at the feet of his old commanding officer Colonel Sam Trautman.

The film series went bigger for the sequel and third film in 1985 and ’88 respectively, before becoming outright ridiculous for the fourth instalment simply titled Rambo, in 2008. Stallone directed this instalment and co-wrote all films including this fresh fifth feature.

Directed by Adrian Grunberg, whose previous credits include multiple Mel Gibson titles where he worked as first assistant director before going on to co-write and direct the 2012 Gibson flick Get The Gringo.

So to Last Blood….

He lives on a ranch with Maria, a Mexican lady described as his sister and his niece Gabrielle who is desperate to find her father who abandoned the family as her mother was dying. Rambo argues against her heading to Mexico where her Dad has been found. Unfortunately she does go south of the border, falling in with a particularly nasty crowd of human traffickers and drug runners, the Martinez Brothers, Hugo and Victor who enslave her, naturally rasing the ire of Rambo who goes loco in his pursuit of justice.

Number 5 is far removed from the triumph of the first film, which utilised core ingredients of testosterone and machismo to deliver a riveting tale about a returned Vietnam War Hero who couldn’t recognise his own country, and wasn’t welcome in it either. This film is not one I’d recommended.