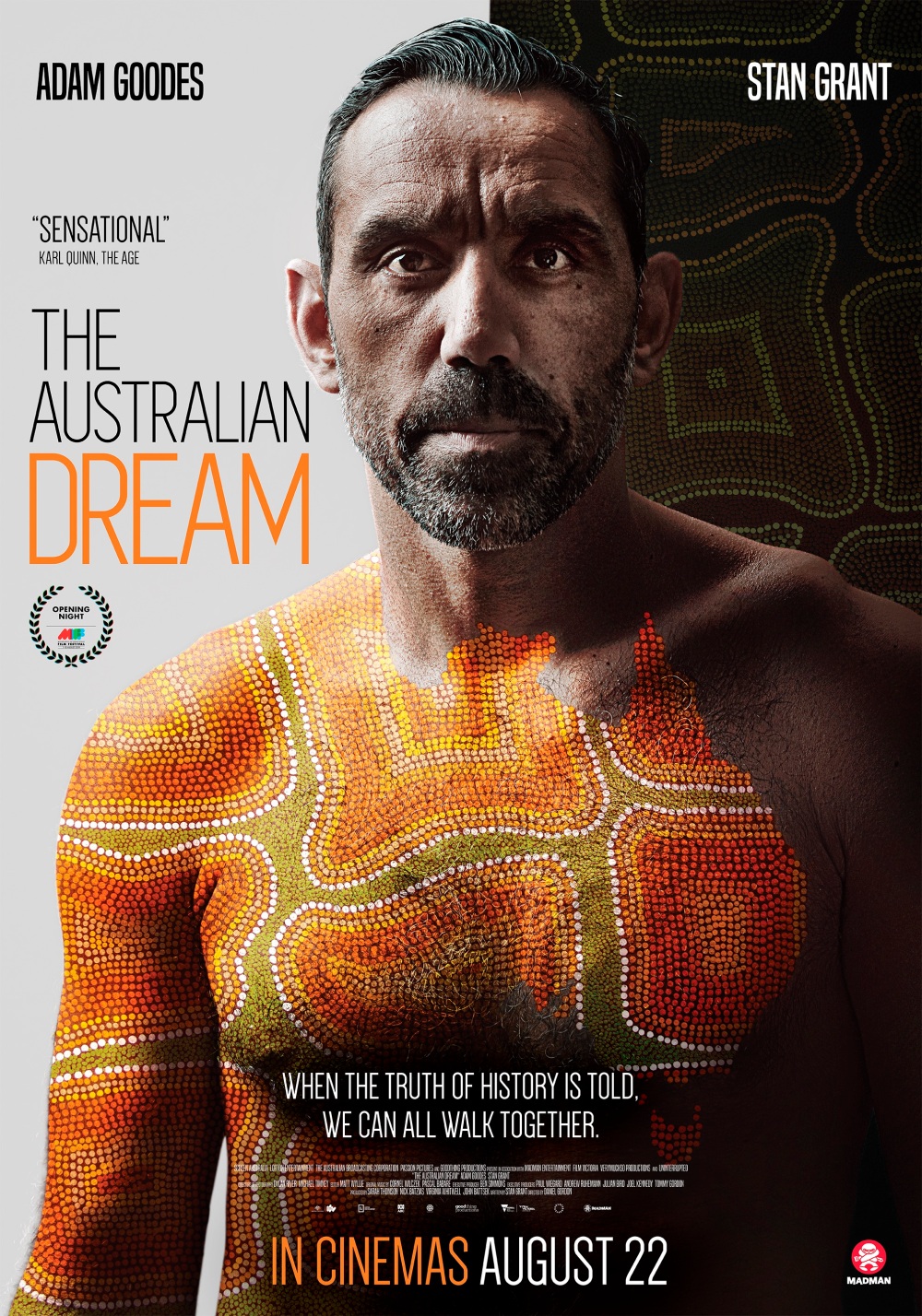 “Sport has a way of really capturing the essence of what is happening in society” says Stan Grant over an aerial shot of the MCG, as The Australian Dream, the second of two documentary feature films to explore the inexplicable torrent of abuse hurled at AFL footballer Adam Goodes begins.

Deftly seeking to explain the underlying reasons for and the impact of the verbal and online abuse that came in the wake of Adam Goodes calling out a young footy fan in May 2013 through to his being named as Australian of the Year in January 2014, and the intensifying of the hatred following his performance of an Indigenous Dance in May 2015, the film never waivers from pursuing the uncomfortable truth about the division between black and white Australia, embedded in the history of this land since European settlement.

Particularly disturbing is the claim of “terra nullius” at the outset of European occupation of Australia, and the how that lay the foundations for centuries of injustice.

Grant and Goodes combine to deliver one of the most essential and powerful documentaries to come from this land.

It is essential viewing for anybody seeking to learn more about the deep division that needs to be addressed and rectified.

The dignity of Goodes in the face of all that was thrown at him is astonishing and testament to his upbringing and the character of the man.