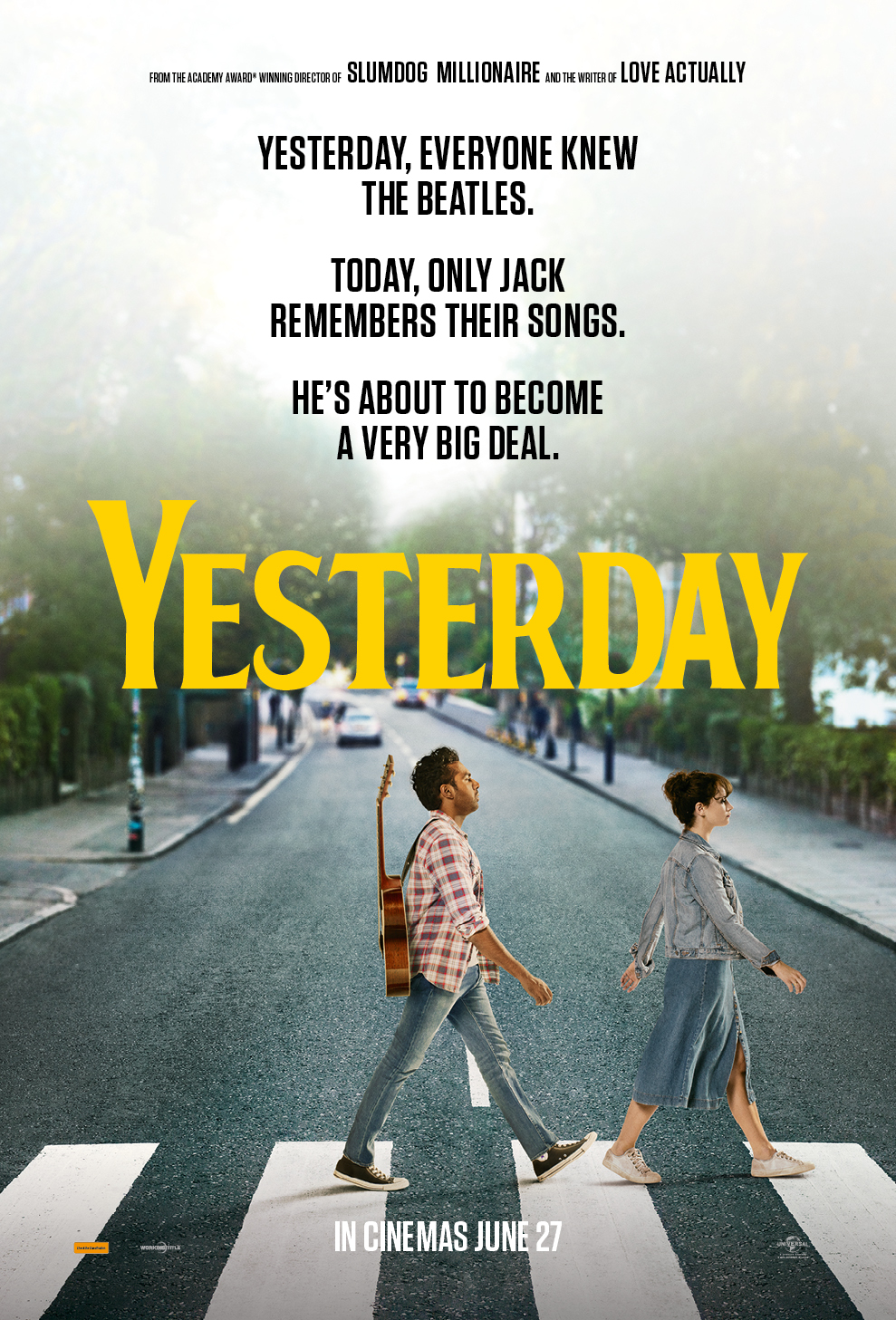 After struggling to progress beyond development phase, an original idea by Jack Barth was sold to Curtis and after being rinsed through the Hollywood machine, has lost some of the key ideas that might have made this a more interesting film.

Jack (Himesh Patel) is an unsuccessful musician who works in a warehouse. When an inexplicable and freaky global blip contributes to a collision between Jack’s bicycle and a bus one night, he wakes up in hospital minus two front teeth, but with an unusual skill – he is the only person alive who knows the songs of The Beatles and as the hit songs pour out of Jack’s guitar, he finds fame and fortune beckoning.

Ed Sheeran pops along to offer Jack a support slot on his European tour and subsequently an in with his manager(Kate McKinnon) and label, who are describing Jack as “The Messiah”, with expectations that his debut double album will be the biggest selling record of all time.

Complicating matters is Jack’s long time pal, and biggest believer Ellie Appleton (Lily James) who has more faith in him than he does himself, and hangs around the entire film more as a plot device than a real character.

Using hit songs of The Beatles as a foundation, Yesterday has plenty of terrific moments, but ultimately suffers from an underdeveloped script that follows convention, in direct conflict with telling such an unbelievable tale.