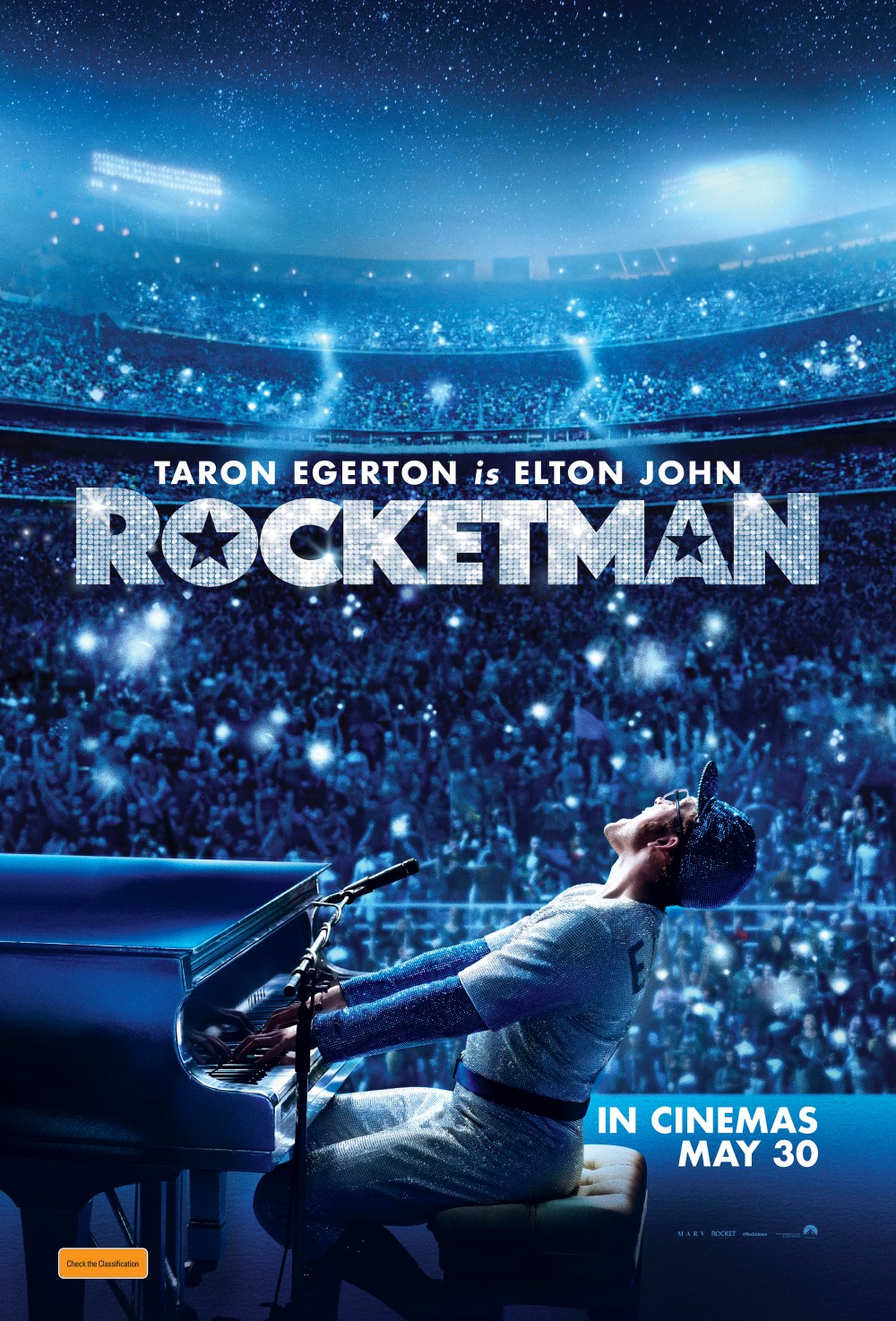 WOW. The bar height has been set high with the extraordinary success of recent musicals La La Land, The Greatest Showman and Bohemian Rhapsody.

While that merry trio were all family friendly for the most part, M, PG & M respectively, the story of Sir Elton John is much more NSFW territory.

In fact it has been submitted to the OFLC in Australia three times, finally dropping from a MA15+ to an M despite the presence of the C word and several drug and sex scenes.

Overall though, this is a story that gets right to the heart of addictive personalities and why some people respond to a lack of nurturing in their lives by pursuing fame, fortune and excess. It also sets a new bar for a musical or music biopic.

We open with a brightly dressed Sir Elton attending a 12 step meeting, and transition back to his childhood in the early 1950s as young Reggie Dwight takes centre stage, showing a knack for playing the piano amidst a couple of unloving parents in Mum Sheila (a brilliant Bryce Dallas Howard) and Dad Stanley (Steven Mckintosh).

In the film it is his grandmother Ivy (Gemma Jones) who gently encourages Reggie’s gift and steers him toward music lessons. In reality, family members have claimed that the cold father portrayed in the film in fact bought a piano for young Reggie.

The film brilliantly flips through these formative years with hit songs from Goodbye Yellow Brick Road, Caribou and Elton’s other earlier albums showcasing instantly recognisable classic songs including Saturday Night’s Alright For Fighting, Your Song, The Bitch is Back, Crocodile Rock and Tiny Dancer.

Unlike Rami Malek’s lip-synched performance of Freddie Mercury in Bohemian Rhapsody, Taron Egerton absolutely smashes this role vocally and emotionally, pouring out every drop of feeling with feeling that you can’t help but root for the Rocketman.

Rather than get bogged down by rigidly adhering to telling the whole story in song, the film weaves in large chunks of more traditional narrative covering Elton and Bernie Taupin’s bond, Elton’s relationships with management and family, and his battle with loneliness as he struggles to come to terms with his early life of deprivation.

The story never feels laboured, delivers plenty of laughs, delves into rarely seen sex scenes and drug use, coarse language and on the whole feels a lot more authentic than Bohemian Rhapsody which was also worked on by director Dexter Fletcher.

All in all it is a triumph for fans of a music biopic, and fans of a great human story.