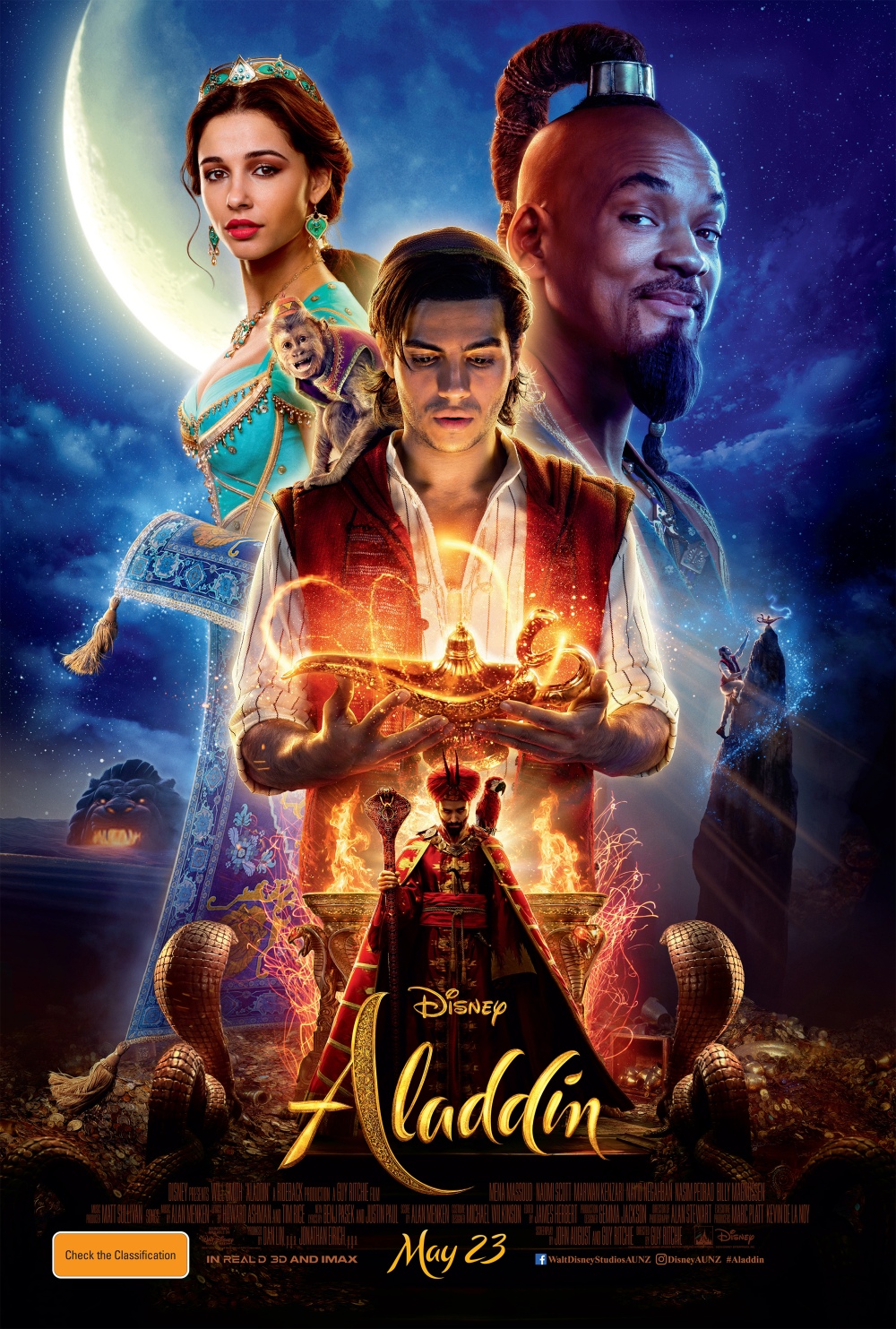 As much as Robin Williams interpretation of the classic blue genie is revered in movie folklore in the 1992 animated Aladdin, there are many aspects of that film that haven’t aged well. In our current climate of celebrating diversity and inclusion, this update is a like an explosion at the liquorice allsorts factory.

Our update sees Guy Ritchie direct an ethnically diverse cast in keeping with the Chinese/Middle Eastern origin tale of Aladdin and the magic lamp, home to a genie who grants three wishes, with a huge injection of Bollywood flair.

Princess Jasmine is played by Pink Power Ranger Naomie Scott of English and Indian background and her performance is my favourite thing about the film. Will Smith comes a close second as the snappy, jazzy Genie with his fresh prince slash street urchin Aladdin played by Egyptian Mena Massoud.

It is a non stop visual extravaganza of stunts and CGI with reworkings of the classic songs that’s pacy, funny and full of heart.