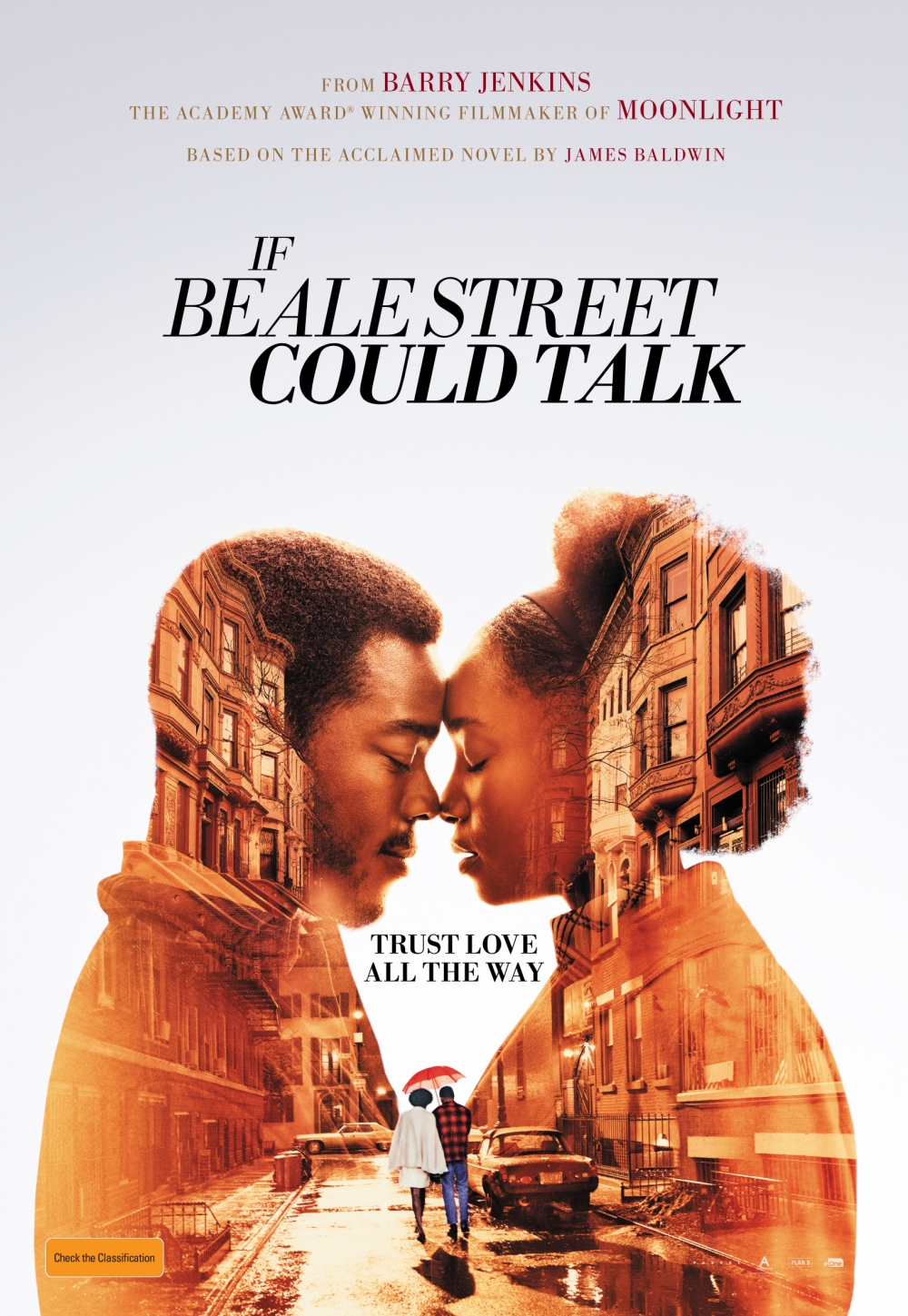 Expectations are high for director Barry Jenkins follow up to Moonlight, his stunning 2016 Oscar winner. His new film If Beale Street Could Talk has already picked up a Golden Globe, and been nominated for 3 Oscars, with Regina King winning Best Supporting Actress for her role as Sharon Rivers, the mother of  Tish who is 19.

Tish (Kiki Layne) has been friends her whole life with Fonny (Stephan James – Selma) who is a couple of years older. She falls pregnant to him just as he is sent to jail for a crime he didn’t commit. Their families deal with the situation in very different ways….

The performances are sublime, and there are some truly electrifying scenes, overall it is a slow and steady film that reinforces the imbalance between black and white America.

Based on James Baldwin’s 1974 novel of the same name.