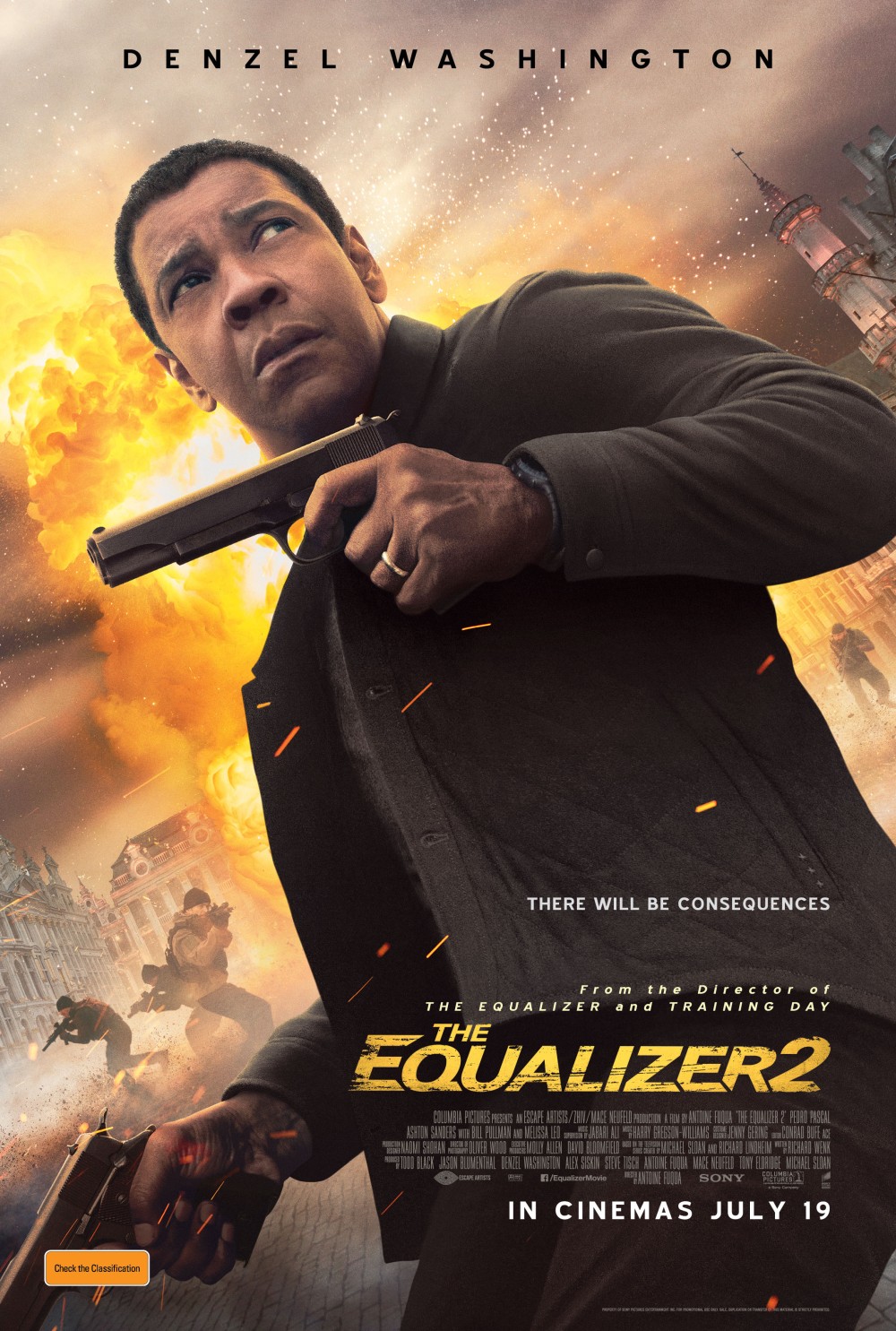 Denzel Washington and director Anton Fuqua reunite for the fourth time in their first sequel collaboration in the follow up to The Equalizer (2014), a film I was lukewarm on the first time I watched it, but found not so bad on a flight second time around due to having renewed appreciation for the inventive way with which Washington’s character, retired CIA agent Robert McCall dispatched with bad guys.

In the first film , he was living a quiet life, working in a hardware store, with those that knew him in his previous incarnation under the assumption that he was dead.

In this film he is drawn into a plot to clear up some loose ends in Europe after a deep undercover agent is killed.

Despite a couple of knockout scenes, it’s a hit and miss affair with more filler than killer and the two hours passes slowly, a far cry from the relentless tension that defined the pair’s 2001 effort Training Day as a classic. I rewatched that film after seeing this and definitely reinforced my position that I’m not such a big fan of any of their subsequent joint efforts.

Also disappointing is the performance from usually enthralling Pedro Pascal (Narcos, Game of Thrones) who appears to be sleepwalking through this pale imitation of better spy franchises like Mission Impossible and Bourne.