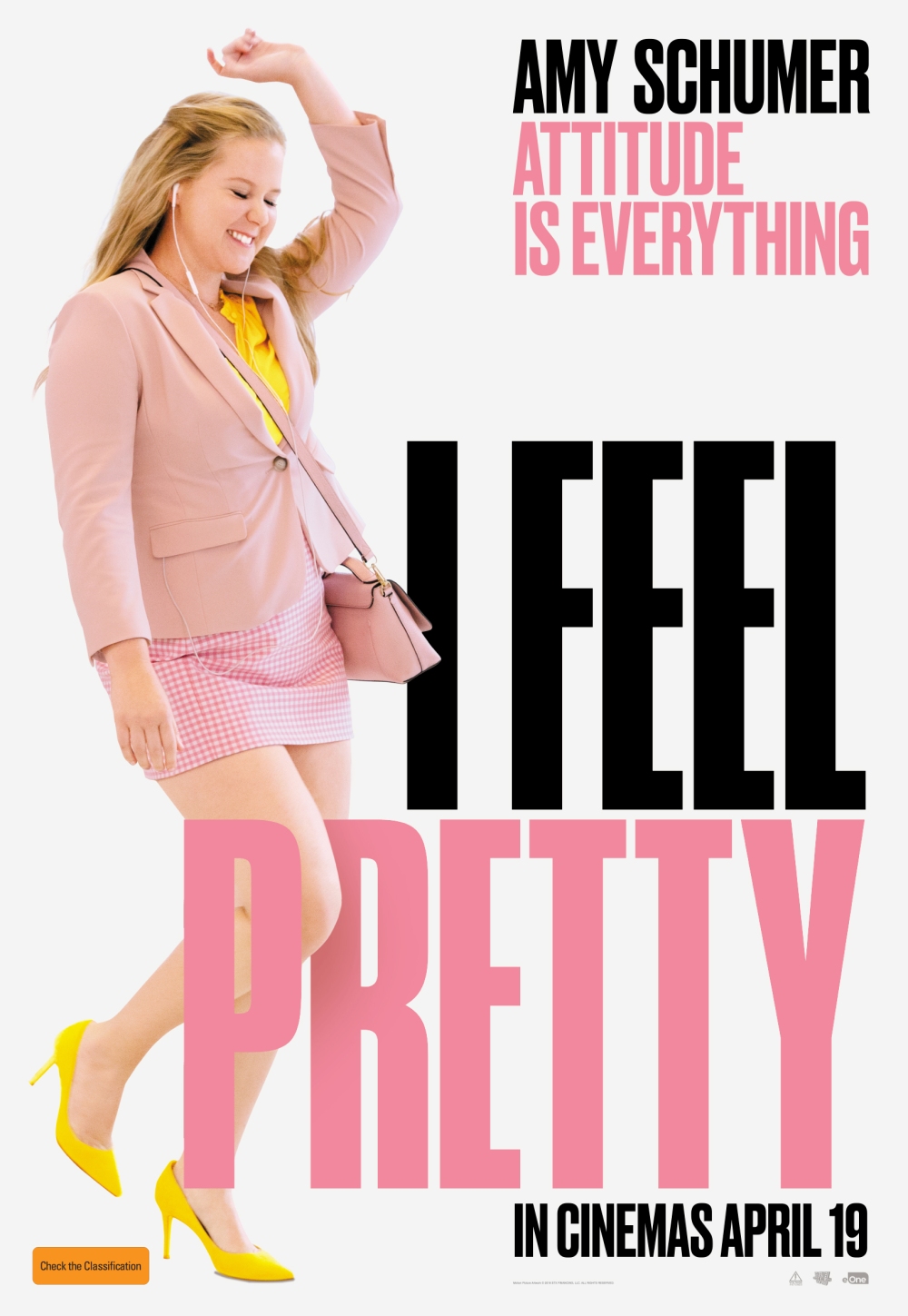 In the new romantic comedy I FEEL PRETTY, Amy Schumer stars as Renee, who desperately wants to be one of the “pretty” girls. After a freak accident during spin class, her dream comes true when she wakes up to a completely new reflection, believing she is now the most beautiful woman on the planet. With a newfound confidence, she is empowered to live her life fearlessly and flawlessly, climbing the ranks at the cosmetics company she works for, earning the respect of her boss Avery LeClair (Michelle Williams), and bagging a cute boyfriend in Ethan. The catch? To everyone around her, Renee looks exactly the same.

This feels like Amy wanted to shed her Trainwreck and Snatched personas and attempt some serious acting. I’ve no doubt she can pull that off, as I reckon she is super talented, but this is the wrong project to demonstrate this.

Caught in a no-mans-land between rom-com and drama, this unconvincing affair has a recycled Shallow Hal premise that sees Amy’s Renee, a low level employee for a fabulous fashion company hidden away off premises where her shabby appearance won’t offend potential clients.

Following a fall at her cycle class she hits her head and momentarily concussed, awakens to see herself in a new light as a stunning 10, leading to a radical about-face in her previously morose attitude to her own standing.

When the film does veer into Trainwreck territory it is genuinely funny – entering a wet t-shirt contest against a bevy of models produces hilarious results as Schumer shines in the situation.

Elsewhere the film fails to identify itself, much like Renee who zig-zags her own course depending on how she feels she appears each day, leading to fatigue by the film’s inspirational attempt at an ending – don’t judge women by appearances, it’s whats inside that counts.

If only the film makers had put more of that ethos into their own film.

On the surface it looks great, underneath it is a mess.