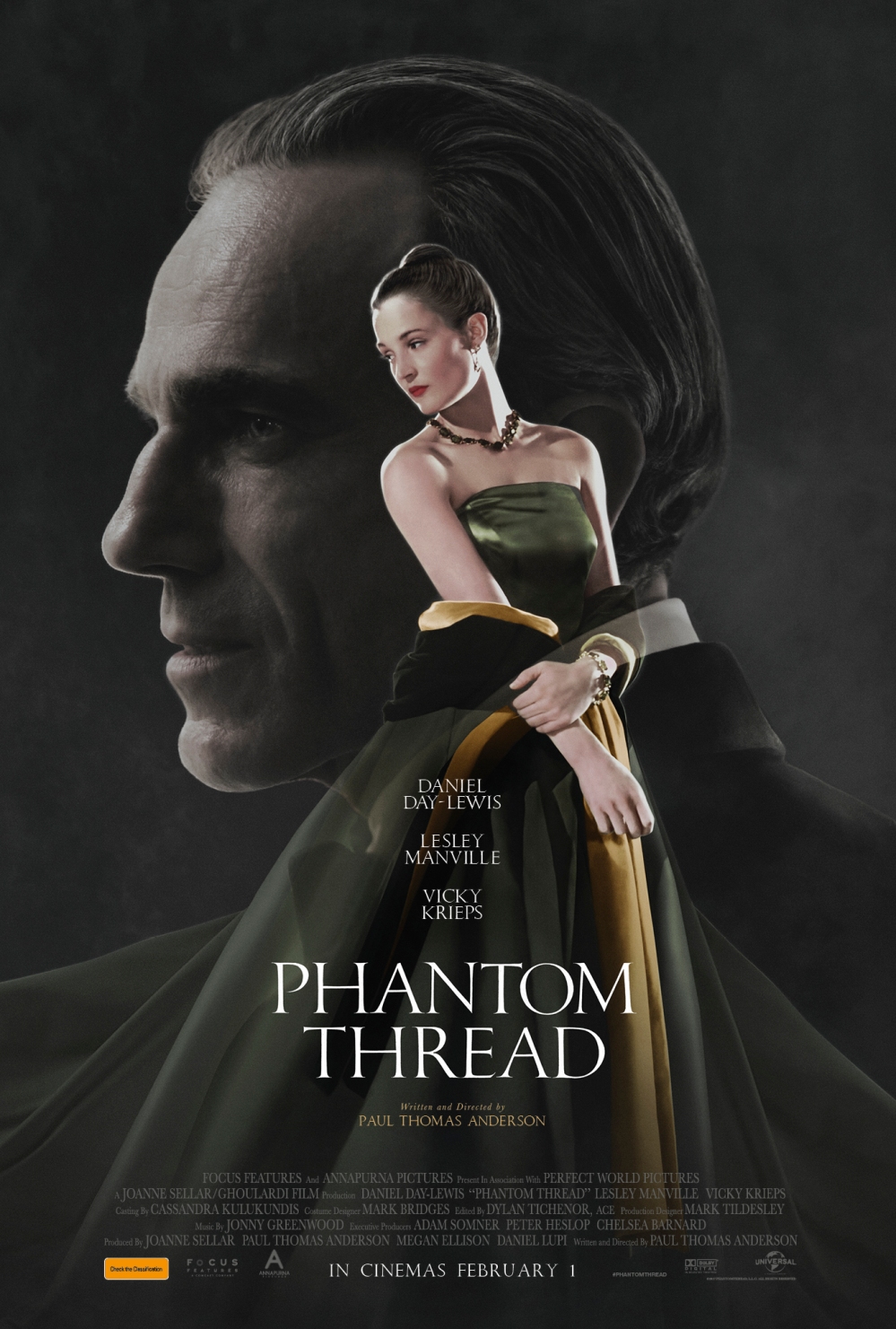 At the 90th Academy Awards, the film earned six nominations, including Best Picture, Best Director, Best Actor for Day-Lewis, and Supporting Actress for Manville. It also received two Golden Globe nominations: Best Actor – Drama (Day-Lewis) and Best Original Score,[10] as well as four at the 71st British Academy Film Awards, including Best Actor in a Leading Role for Day-Lewis, Best Actress in a Supporting Role for Manville, and Best Film Music for Greenwood 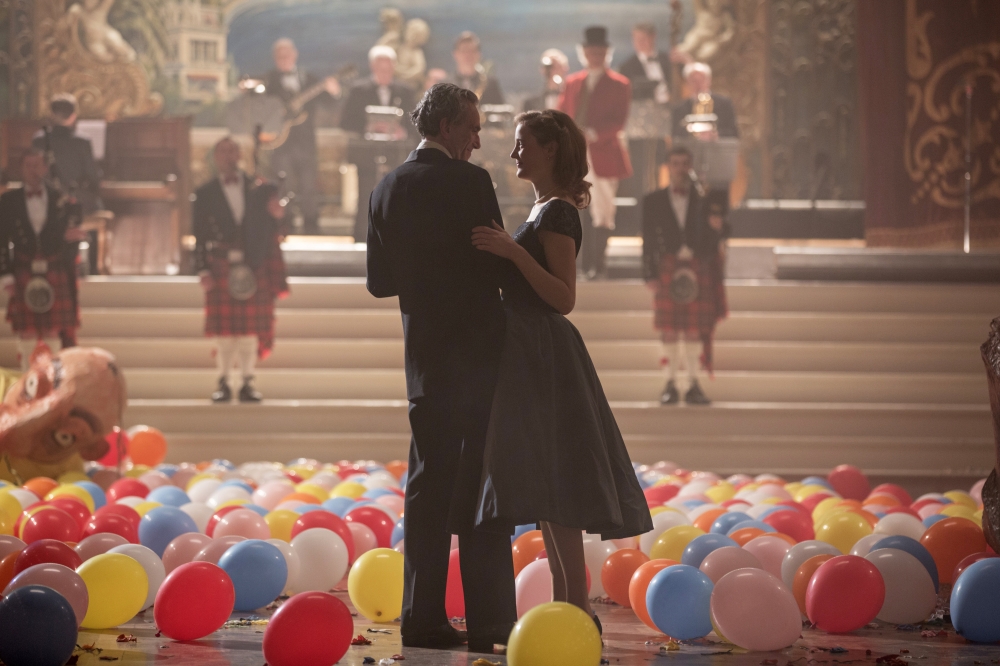 “Where the characters of the present are haunted by the ghosts of the past.”

Reynolds Woodcock, a made up name if ever there was one, is an artist. His method of expression is high-end ladies fashion and women the world over obsess about wearing his clothes. He is played by master actor Daniel Day Lewis in what has been interpreted as his final role (due to the fact that performing in this film made him sad…)

About halfway through the film, a woman approaches Woodcock one night whilst he is dining with his wife and sister, and confesses she wants to be buried in a dress he has made. When the young woman and her friend have finished complimenting the famous dressmaker and bid farewell, the designer turns to his dining party and says, “of course, we’d only have to dig it up again…”

Alma is a waitress in a country dining venue and when she serves Reynolds one morning, they both become enamoured of one another.

What follows is an odd early courtship that involves him taking her back to his place and getting her to try on garments before taking her measurements with the help of his sister.

This is after he has urged Alma to always carry a photograph of her mother with her, for Reynolds has a lock of her hair sewn into the lining of his jacket.

The film hints at secrets and I was expecting more than what I got, as the trailer alludes to hidden messages secreted in the hemlines and folds of garments that Woodcock has painstakingly created.

There are a few secrets, but Woodcock himself is a surprisingly and refreshingly direct character. Set in his ways, he likes his routines and can’t cope with straying from it. When Alma makes too much noise at breakfast as she butters her toast, Reynolds leaves the table in a huff as his sister explains he won’t be able to focus for the rest of the day. Yes the sister is omnipresent, an integral part of his fashion business but perhaps also a reminder of their departed mother. Oh, and also a reference to the supposed curse that happens to a woman if she works on another woman’s wedding dress – she’ll never be married herself.

He is a slave to his art, and Phantom Thread is also a story about living with an artist and how they and their at times unacceptable behaviour are enabled by the people around them. When Alma seeks to surprise Reynolds with dinner one night, she is advised against it by Cyril, and, not heeding this warning she proceeds, with unexpected results. You’ll never think of cooking asparagus in the same way after this film.

Similarly you may well feel differently about fungi, specifically mushrooms as they form an intrinsic, and symbolic part of the plot.

The film has many moments of humour, particularly in regard to intimate relationships and the way we view our partners and how their habits or behaviour impact on us. When Alma is cautioned at breakfast or tells Reynolds she does not like the fabric of a certain dress he is making, she responds to remonstration by being louder, or by suggesting that she has her own taste.

It is an unexpectedly empowering role that Alma fulfils as she becomes indispensable to Reynolds, a dynamic he cannot stomach.

Phantom Thread is not a film that I would rush to recommended that people see. Instead, there are so many other Oscar nominated contemporaries such as Darkest Hour and Molly’s Game that are far more entertaining.

The film is uneven, meandering in parts before becoming thoroughly engrossing but then wandering again.

It is super kooky, starring some serious acting talent, and looks sumptuous.

What it wants to say is probably up to the viewer, which is a great mark of good art, but for me, it wasn’t a great way to spend two hours with my wife. It is an interesting original story, based in part on the life of Spanish designer Cristóbal Balenciaga Eizaguirre, with wonderful performances and sumptuous production design, it is also super kooky!