“Inspired by real events, SWEET COUNTRY is a period western set in 1929 in the outback of the Northern Territory, Australia where justice itself is put on trial.

When Aboriginal stockman Sam kills white station owner Harry March in self-defense, Sam and his wife Lizzie go on the run. They are pursued across the outback, through glorious but harsh desert country. Sergeant Fletcher leads the posse, desperate to capture Sam and put him on trial for murder. Eventually, for the health of his pregnant wife, Sam decides to give himself up. He is put on trial in the courtroom of Judge Taylor. But will justice be served?”

There’s always a unique air of anticipation for an audience about to watch an “important” film.

Releasing one day before a date that has become increasingly divisive in recent years – January 26th – Sweet Country shows us life in the remote outback of Australia forty years before indigenous Australians were counted in our population.

Director and cinematographer Warwick Thornton is clearly comfortable in this rugged environment, for wherever he (and his son Dylan River) point the camera, we experience a mix of extraordinary panoramas, capturing a landscape that is both stunning, and inhospitable, certainly to Europeans, (and at times Indigenous people.)

I felt like you could hear a pin drop as my screening on opening day kicked off. Little did I know that sitting in front of me was the director’s son Dylan, (we introduced ourselves afterwards and chatted about the film.)

As the film opened I was on the brink of tears as an Aboriginal man, Sam Kelly – played by first time performer Hamilton Morris – kneels in chains before a judge, accused of the murder of a white man.

The circumstances of the killing flash back and forth throughout the film, so we are at all times aware of additional events that may have already happened or are yet to come. This creates an additional layer of intensity, as we suspect the trial is unlikely to end well for Mr Kelly.

Sam Neill plays Fred Smith, a religious farmer who treats his “blackstock” as equals. When his new neighbour, WW1 veteran Harry March (AACTA Award winner Ewen Leslie) turns up asking for a helping hand to repair some fences, Smith reluctantly asks his Aboriginal employee Sam Kelly if he is willing to assist.

What follows is a series of events that the director has said is based on fact, and I have no trouble believing that what transpired then (and to some degree still does now), was commonplace.

Researching the history of massacres of Aboriginal people in Australia is a harrowing way to spend time on “Australia Day” and it is no wonder that many of these details are buried in history books, for they are truly of the most shameful nature.

“Myall Aborigine” is a phrase used in the film and reading about the Myall Creek Massacre, (as well as countless more) and the response to those events by sections of the Australian public is disgusting.

After Kelly works thanklessly alongside March, the newcomer asks another neighbour, Mick Kennedy (Thomas M. Wright), for a loan of his workers to help muster cattle and Kennedy sends along head stockman Archie (Gibson John) and a boy. 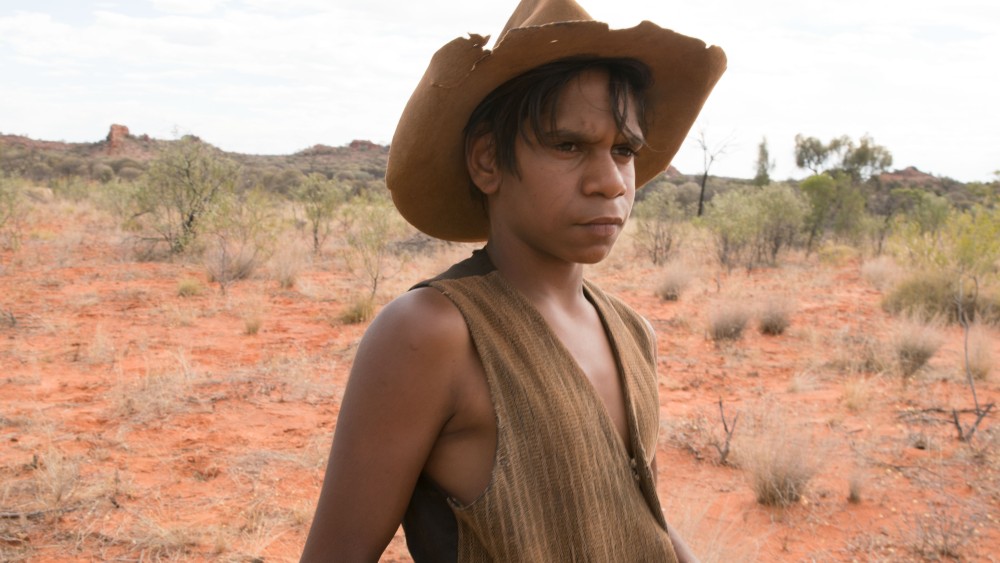 March is suspicious of the younger Aborigine Philomac (Tremayne Doolan/Trevon Doolan) whom he believes has tried to steal items from a saddlebag. Philomac is chained up, but escapes during the night, enraging March.

The digger (who due to his time on the Western Front is a mentally unstable alcoholic), turns up at the Smith property looking for the young boy.

March believes the boy is hiding out in Smith’s house and when (with Smith absent on business) Kelly refuses to open the door, March fires his gun repeatedly through the walls, threatening the lives of Kelly and his wife Lizzie (also played by a first-time performer – Natassia Gorey-Furber).

Kelly kills March in self-defence and goes on the run with Lizzie, heading into the remote interior where he can survive for as long as he needs.

The local policeman Sergeant Fletcher (Bryan Brown) heads up a posse and sets off to apprehend Sam Kelly with the help of Archie who acts as a tracker, leading his posse on the hunt for Kelly.

Along the way they encounter an Aboriginal tribe engaged in a traditional ceremony who are fired upon by one of the police party.

Fletcher becomes obsessed with finding Kelly and bringing him to face justice, and almost dies in pursuit of his man.

When Kelly eventually does face a judge, it is in front of an unruly mob of white locals who are calling for him to be hanged for killing a white man, regardless of the circumstances.

The story is by Steven McGregor and co- producer David Tranter.

Says Thornton “It is loosely based on stories told to him (Tranter) by his Grandfather. One of these stories is the true story of an Aboriginal man, Wilaberta Jack, who in the 1920s was arrested and tried for the murder of a white man in Central Australia. He was found innocent on the grounds of self-defence. The politics of the era didn’t accept the verdict and Wilaberta Jack was the victim of a revenge killing.

Wilaberta Jack is our Sam, who has become his own character with his own original story. While Sam drives the plot and is our central character, the story also affects the character of Philomac. Philomac is an Aboriginal boy of 14 who lives on a cattle station and is coming of age while caught between the social upheaval and cultural conflict of frontier life in 1920s Central Australia.”

Truly breathtaking, Thornton uses the Western genre to create a film as rich and immersive as Eastwood’s Unforgiven but is entirely authentic to our own continent.

Sweet Country is easily one of the most essential films ever made about our country. Designed to spark conversation about the treatment of the Indigenous population of this land, Thornton has set the bar as high as it can go.

5 Stars. “One of the Truly Essential Films About Our Country”.