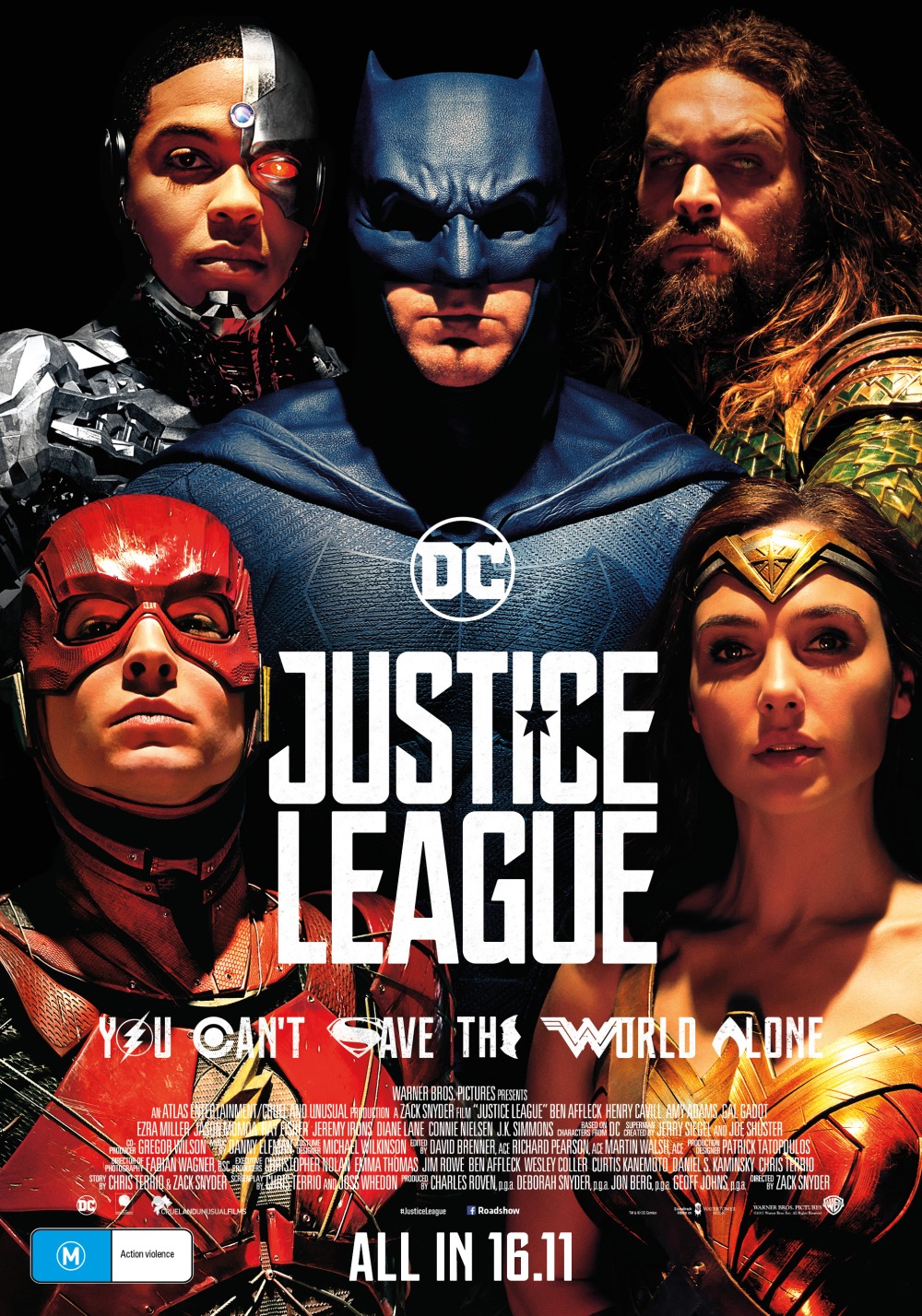 Superman is Dead. In case you hadn’t noticed (or had blotted the whole affair from your memory) there was a funeral at the end of Batman vs Superman and Clark Kent was laid to rest.

Judging by the poster for Justice League he is staying that way. However…

When you make the ill-advised decision to see Justice League and go to the cinema and buy your popcorn and drink, you might notice Superman is front and centre on the food and beverage containers.

So I’m not spoiling anything to tell you that in JL, he is brought back to life.

Something that is not possible for the rest of the DCEU after too many films that are off in tone, story, dialogue and just about every other necessary element required to make a memorable film.

So far, the main thing people are talking about in JL are the skimpy costumes worn by the Amazon women in their scenes of battle.

Whatever you might think of that issue, there are far worse crimes in JL, including the gratuitous shots of Gal Gadot from below her character, looking as “up her costume” as you can get, or shots from behind featuring her bum in tight clothes which to me is a bigger perversion than the outfits.

The DCEU is in such a different place to the MCU, which goes from strength to strength under the guidance of Kevin Feige and a continually updated roster of inventive directors.

Zack Snyder increasingly seems a bad choice as the master of the universe in DC land.

Barely surviving the mundane Batman v Superman, where the majority of cast and the director told me in interviews that they weren’t sure why the two superheroes would be battling in the first place, the studio then released the maligned Suicide Squad before being salvaged by Wonder Woman, an enjoyable romp that only James Cameron disliked.

It appears the only reason that Batman and Superman fought was to create some rift that needed healing in the obligatory team film that the studio banks on. Reports are that JL will need to take $600 million worldwide to break even. That is INSANE. If only it has stayed under the direction of George Miller.

JL does have some really terrific moments such as gorgeous slo-mo photography and some good humour from The Flash, but these sit amidst such heavy-handed and generic blockbuster film-making that it adds to the jarring nature of the whole piece.

After kicking off with a series of vignettes that introduce us to each character in various scenarios featuring cardboard cut-out supporting characters (terrorists, Norwegian{?} fishermen), Batman must assemble the Justice League to deal with the threat of Steppenwolf, a horned beast threatening to bring an apocalypse, but definitely a different villain to the one at the start of Thor Ragnarok.

Geez, what a mess. It is amazing the different global corporations who can’t manage their portfolios properly, and who let something as financially valuable as a superhero franchise drift into lambasted territory, leading to disappointment for the fans, and for the general public who might stumble into this on the pretence of a couple of hours of escapism and entertainment.

By the end all I wanted to do was punch the film in the face. I wish I had gone to see Thor again instead.