WARNING: This film may be a trigger for people with suicidal thoughts. 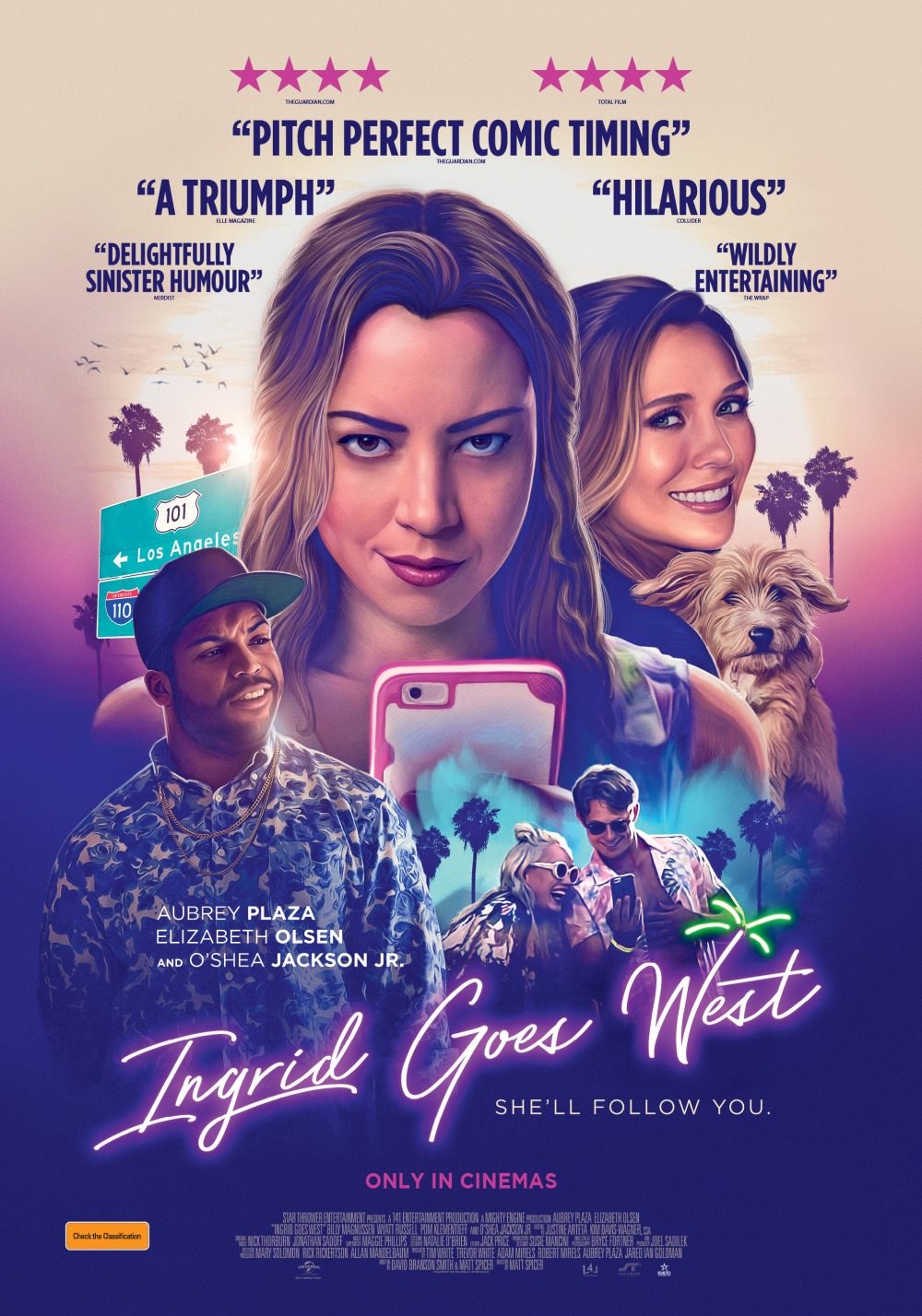 I can’t remember the last time I watched a movie with my hand over my mouth, aghast at the behaviour of the central character. Incredulous would be a better description of how I viewed the behaviour of Ingrid the titular character of this dark comedy, removing my hand only to laugh out loud at some great original gags.

Take the most awkward comedy creations, like David Brent or Michael Scott and amplify them by 100.

You might come close to Aubrey Plaza‘s Ingrid Thorburn, a troubled young woman with an obsession for Instagram. 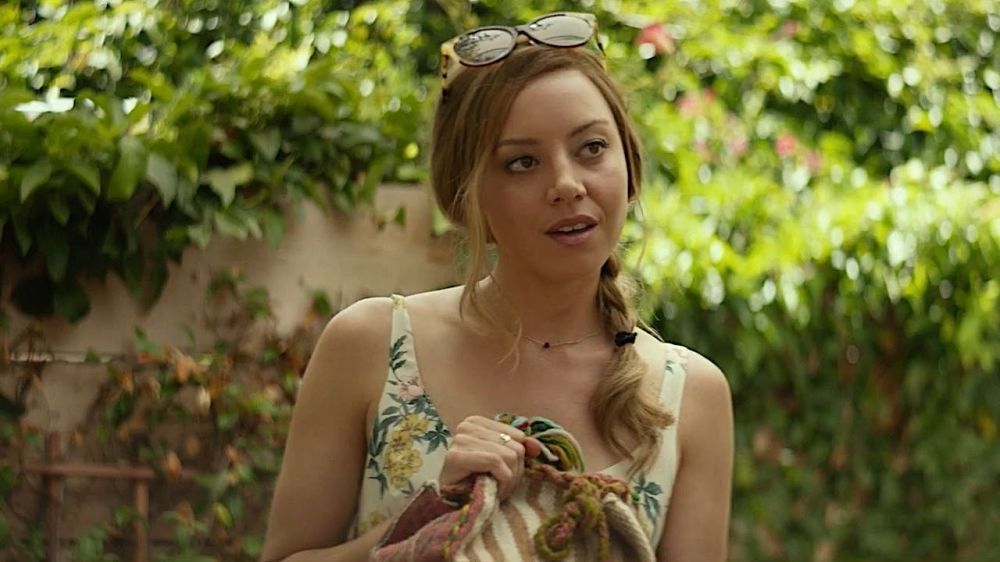 We first meet Ingrid at the nuptials of Charlotte Buckwald, who is updating her Insta profile throughout her wedding day. Ingrid turns up to the wedding and pepper sprays the bride in the face, abusing her for not sending an invitation Ingrid’s way.

It’s a scene reminiscent of the classic Black Mirror episode Nosedive, but what takes it up a notch, is that Ingrid and Charlotte were never friends to begin with.

After a stint in rehab, Ingrid returns to her home where the ashes of her mother Marjorie are sitting on a table.

Ingrid has inherited a small sum of money and when she reads about Instagram sensation Taylor Sloane (Elizabeth Olsen) and her perfect looking life in California, Ingrid Goes West.

Plaza portrays Ingrid with just the right amount of awkward realism to let us know there is genuine emotional turmoil under the surface, but on top, Ingrid wants to fit right in with the picture perfect life of her new found “friends”.

Like Single White Female (“Living with a roommate can be Murder!”)

Ingrid Goes West follows a familiar concept of allowing strangers access to our inner circle, before realising they don’t belong there, but adds the contemporary compulsion of social media, and awareness of mental health to make a point about our obsession with image.

With $60K in cash from her inheritance, Ingrid sets up up new life in LA, moving into an apartment alongside Dan (O’Shea Jackson Jr) an up-and-coming screenwriter with a passion for Batman.

Ingrid successfully inserts herself into the life of Taylor, and the two spend time together, all the while magnifying the underlying deception behind Ingrid’s intentions. Ultimately she wants to be liked and to get likes, and her connection to the 250K followers of Taylor’s Insta account could be a good start.

This is a marvellously written indictment on our current addiction to narcism via our devices and social media accounts and the perils for people unable to grasp the distinction between what is real and what is an illusion.

Personally, despite using it, I can’t stand Instagram as I’d rather read text on my phone, like articles via Twitter, than peruse endless pics of random snippets of other people’s lives. At the same time I see social media accounts as an essential expectation of people in the media like myself to connect with interested viewers/fans.

For me is has proved a great tool to be informed on film topics and also to be able to share content with like-minded souls.

The performances in this universally relatable “LA Story” are spot on, and it’s hard not to feel for Ingrid as her deception spirals out of control towards an inevitable result.

The film ends on an odd note, and I’m still rattled by what this ending may mean to people suffering from depression and anxiety.

On a wider scale, the film holds the “black mirror” up to try to reflect the insanity that is our obsessive compulsion to use our phones 24/7.

I’m fortunate to come from a generation where we knew life without smartphones, my kids don’t have that luxury and it can be a challenging task to pry devices from their clutches.

Ingrid Goes West delivers a stark message about the perils of social media addiction and alienation in modern culture.