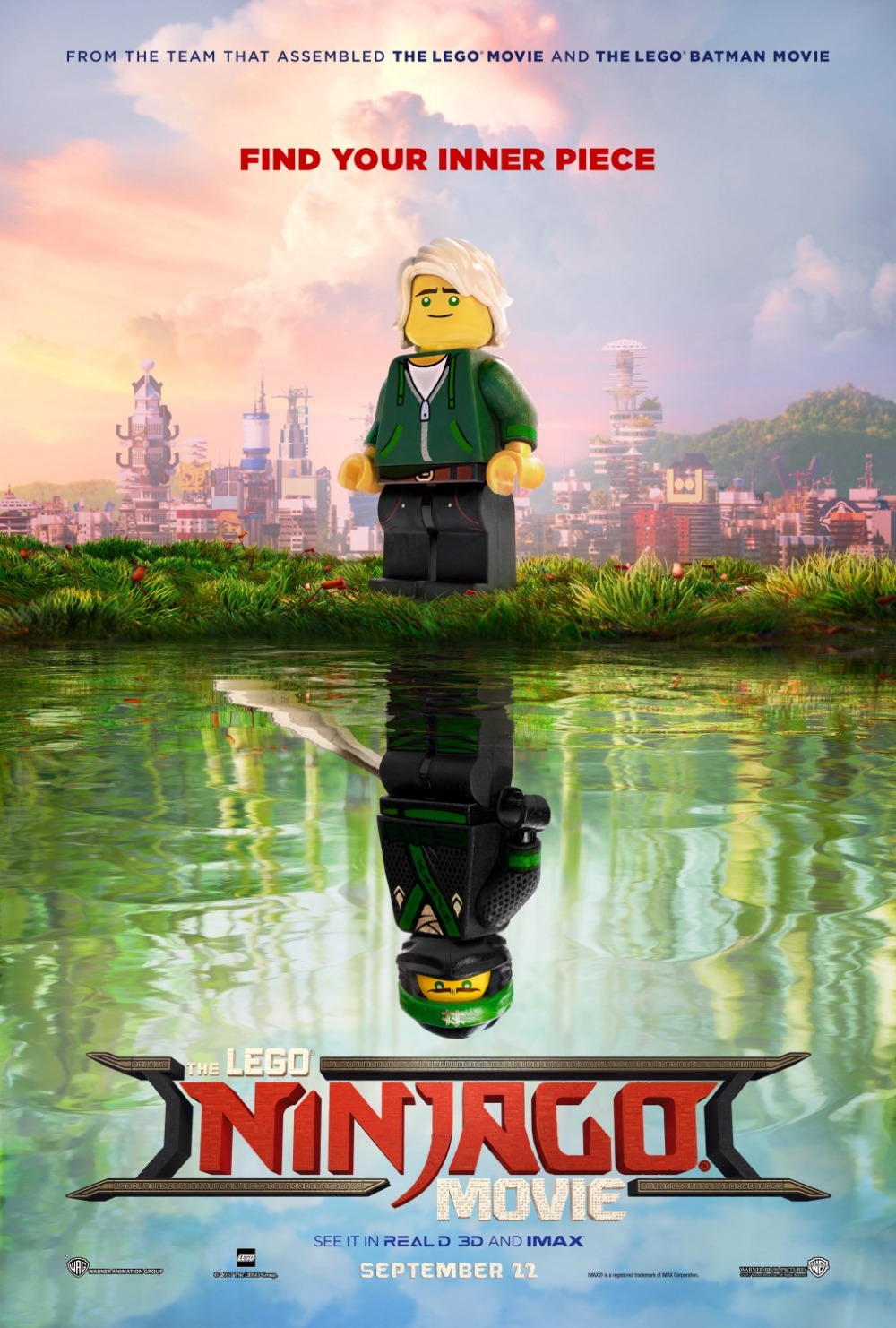 On his 16th birthday this mild mannered teenager who lives a double life as a member of an elite team of martial artists receives a call from Ninjago‘s resident villain Garmadon, who also happens to be Lah-Loyd’s Dad.

Unfortunately, the incoming call is a “butt-dial” and the insensitive Garmadon has no idea about the lonely life he has forced upon his son.

At school Lloyd is a pariah due to the fact that his Dad (who he has had nothing to do with since being walked out on as a baby) regularly heads to Ninjago City from his Volcano Hideaway to wreak havoc and destruction on the population and its pilates studios.

This is the third film from the team behind The Lego Movie and The Lego Batman Movie, and each instalment has been slightly weaker than the original.

That said there is plenty to like about the bright colourful animation and cheeky performances that fit the Lego personalities perfectly.

Jackie Chan as Master Wu is a smart piece of casting and overall it is a fine piece of school holiday movie programming. Definitely one I’m keen to see on DVD for the extras. And keep an eye out for the star of the film – Meow-Thra.