Based on the life of Barry Seal, American Made sees director Doug Liman reunite with Tom Cruise following on from their excellent Sci-Fi collaboration Edge of Tomorrow.

This is the kind of film that would sit proudly on the shelf of a Blockbuster store, if such things still exist.

A shelf that sags under the considerable weight of the best films of Mr. Tom Cruise.

It’s with his Edge of Tomorrow director Doug Liman, that Cruise has jumped back into the kind of role that made him famous. Yes, action hero, but also acting, Dammit. 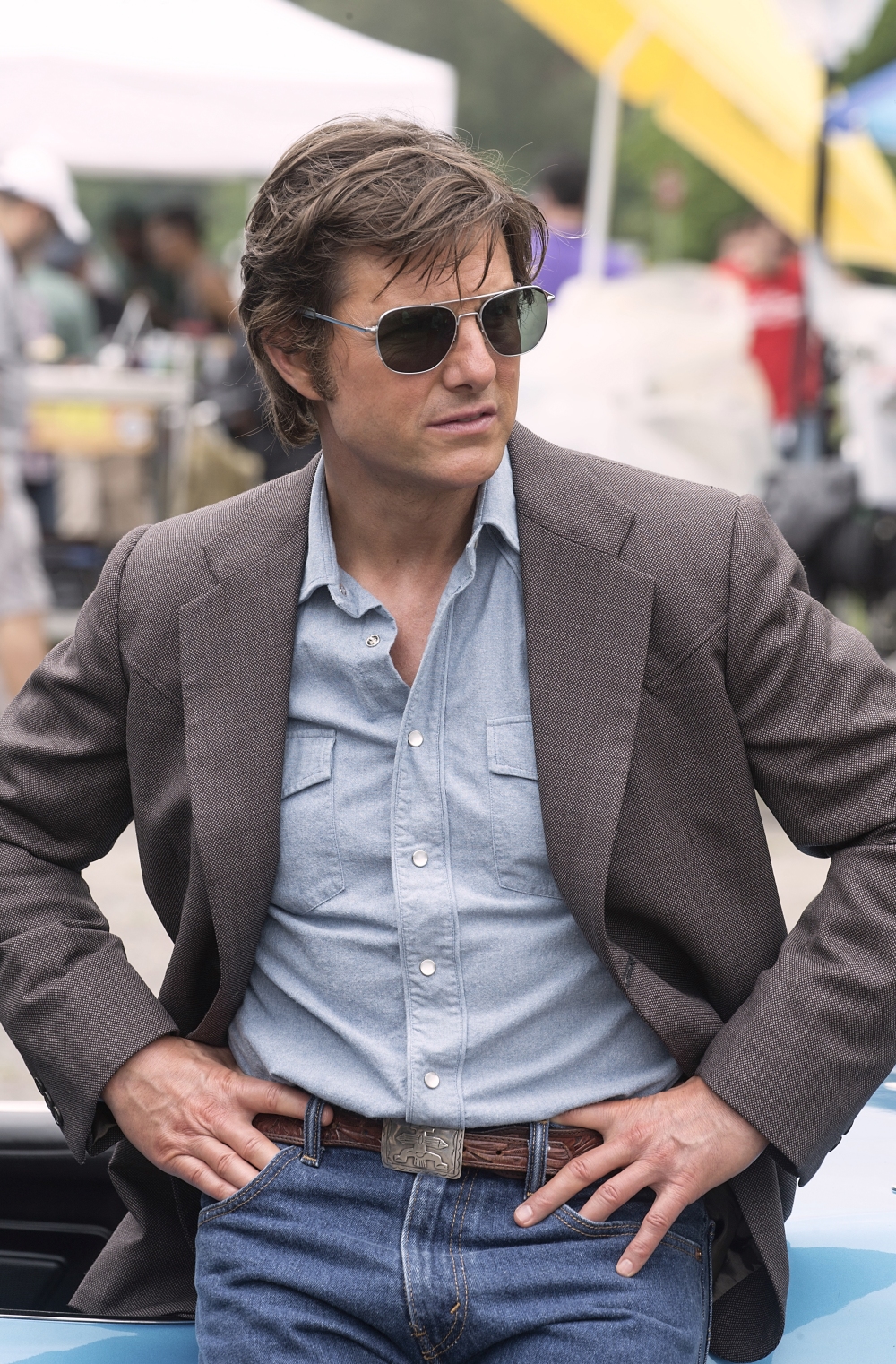 Here he sinks his perfect white teeth into the role of Barry Seal, a former commercial airline pilot who became a drug smuggler in the 1980s, before being recruited by both the DEA and Pablo Escobar.

And, Dammit, the man delivers. Just as he did in the above films, and, as he no doubt wants to deliver, every single time he steps into frame.

I don’t care about Tom Cruise’s personal life. I care about escaping for a couple of hours watching an A-Grade actor who clearly adores what he does, doing what he does best – lighting up the screen with a charismatic performance that takes us away from the everyday.

And I love a film based on actual events. These are almost to good to be true.

In American Made, Liman crafts a picture of a daily grind for Cruise’s character Seal, as he welcomes passengers aboard his TWA jet, flying domestic routes across the US.

After these trips, he returns home to his wife, he is too exhausted to do anything other than pass out on their bed. His job isn’t paying enough to see the family live a comfortable lifestyle, so, fortunately for him (and his family) Seal has a few tricks up his sleeve, notably as an excellent pilot, and also as an excellent smuggler.

When the CIA come calling looking for an operative to run guns and snap shots south of the border, as the situation in Central America is heating up, Seal weighs up his options and before you know it, the film is putting us in the pilot’s seat of a tiny aircraft as Seal attempts to navigate the risky business of drug cartels, rebel militia and hair-raising mountain airstrips.

There are shots where I could swear Cruise is piloting the light plane, and sure, he dishes out his fair share of action performance in the film, but he also gets to do something else he is REALLY good at – act.

The story takes further turns once Seal has made more money than he knows what to do with, as he starts to examine the options for ejecting from this life of simultaneous crime and national service, thus creating a fascinating predicament for Cruise to portray.

American Made provides Cruise’s best role in years, and it should be noted what an entertaining filmmaker Doug Liman has become, with over a half dozen “Must-See” films under his belt in the last two decades including Swingers, Go, The Bourne Identity, Mr. & Mrs. Smith, Edge of Tomorrow and now American Made cementing his place amongst the most reliable directors in the business.

American Made is “Hugely Entertaining. A Wild Ride.” 4 Stars.