The good news is, Ben Mendelsohn is a nuclear addition to the Star Wars Universe. As Director Orson Krennic, tasked with project managing the fabled Death Star, he proves himself a big screen villain for the ages.

His main adversary is Jyn Erso (Felicity Jones), offspring of Galen Erso (Mads Mikkelsen), the main architect of the deadly globe, and Jyn’s ragtag band of rebels helbent on stealing the plans to the Death Star, in effect setting up the Rebellion and of course, Star Wars IV A New Hope. 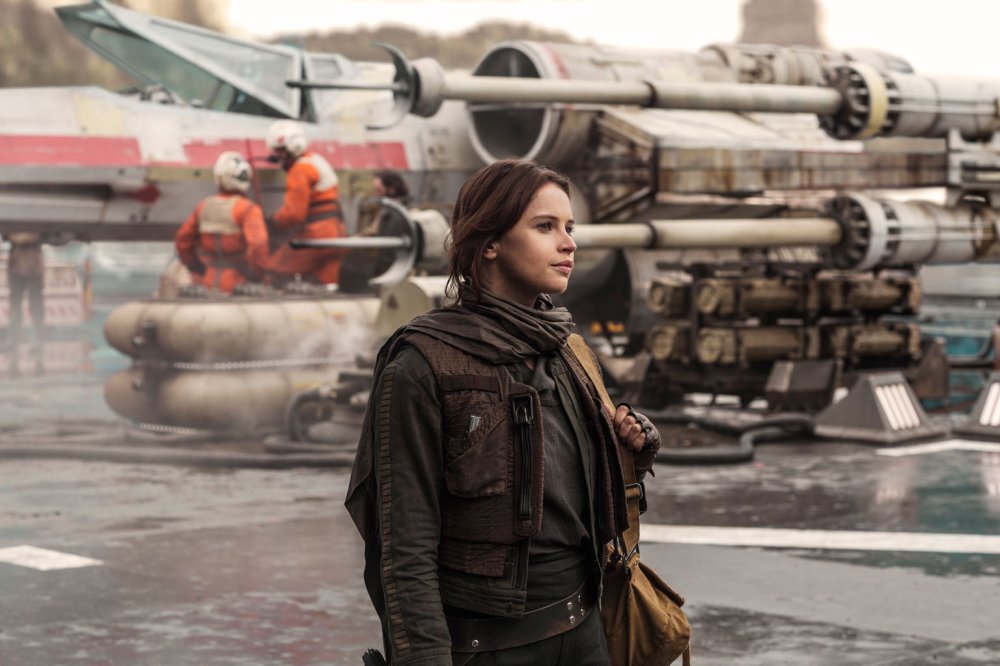 So essentially this is Star Wars 3.5, and it aims to please the long time fans of the franchise, while also drawing in new admirers with a racially and gender diverse cast including Diego Luna as keen rebel Cassian Andor, Riz Ahmed as defecting pilot Bodhi Roo,  Donnie Yen as blind ninja Chirrut Îmwe and Forest Whitaker as rebellious freedom fighter Saw Gerrera all making this a rich tapestry of faces and races. 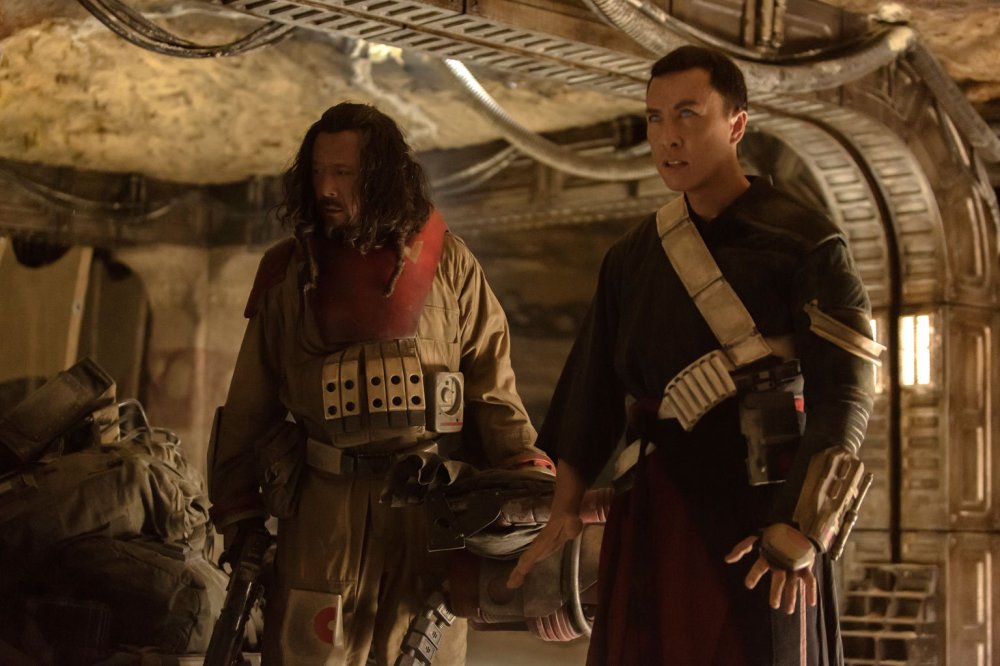 There is a LOT going on in this film, and while it may reward repeat viewing, it also bodes well to know something of the story and characters before heading in.

You can expect Jyn to be separated from her father Galen (Mads Mikkelsen in his second consecutive Disney film following on from Doctor Strange) by Krennic as a child, with Saw coming to rescue her.

Jumping forward a number of years, Jyn effectively is used as bait to get an introduction to Saw in the hope of tracking down her father Galen, who is masterminding the construction of the Death Star under the scrutiny of Krennic.

Even that sentence requires multiple readings to get my head around it, so it is best to think of this story as the bunch of rebels who stole the plans to the Death Star that Princess Leia is so intent on sharing in Star Wars Episode IV A New Hope.

The performances are strong, the visual and special effects manly faultless and it hits most of the notes you would expect from a tentpole film like this. We came straight home and threw on A New Hope as Rogue One finishes with Leia’s ship escaping Vader’s clutches.

The original trilogy captured something that had been brewing in George Lucas his while life. People thought he was an insane turkey making his first Star Wars film ,but he believed in himself and delivered a pop sci-fi classic for the ages.

Rogue One is a chapter in that pantheon, and a solid one at that.

See it, you will.