Michael Keaton is Ray Kroc, a milkshake machine salesman roaming the vast interior of the United States in his car on a mission to make a sale.

One day he drives into a town where the locals are queuing to get their hands on a tasty hamburger.

He realises he has stumbled on something extraordinary and makes enquiries as to the secret of the hamburger stands success.

This is the story of McDonald’s, and how a couple of brothers who devised an ingenious system for serving up fast food that became the ubiquitous symbol of the Western World, thanks in no small part to the ambition and drive of a traveling salesman, were cheated out of their idea by a man who would not take no for an answer. 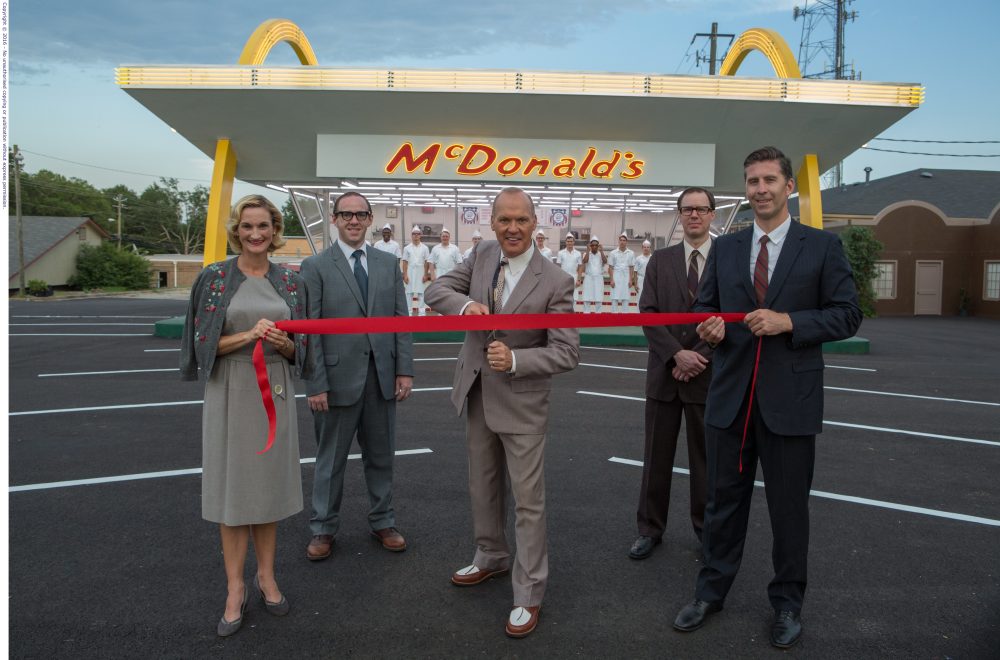 Directed by John Lee Hancock (The Blind Side, Saving Mr Banks), he is clearly a man who loves the mythology of the American Story and manages to cram a huge chapter in American business and culinary culture into an absorbing two hours. 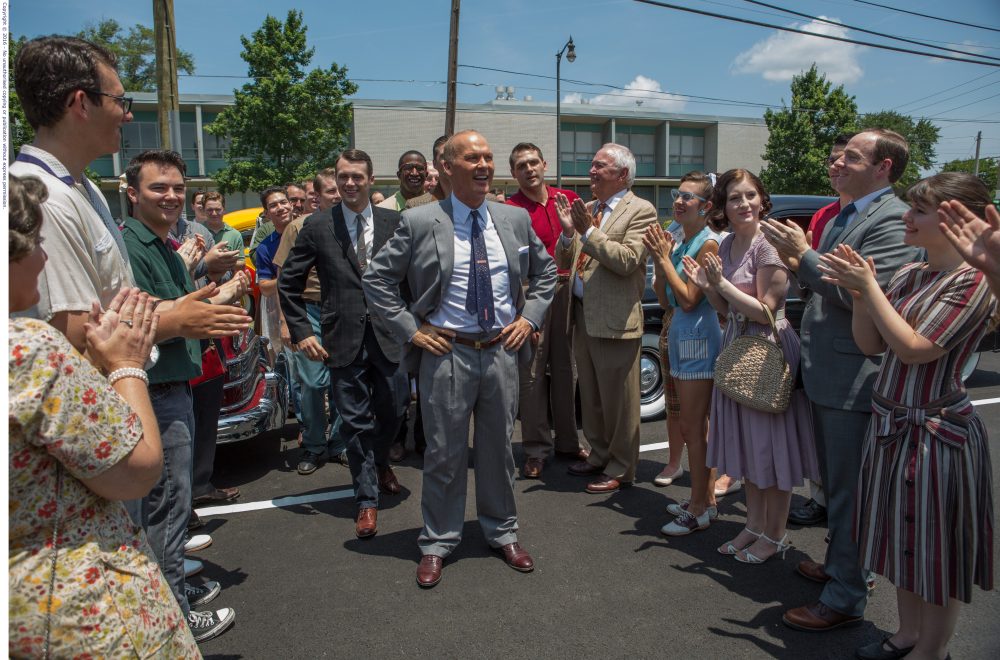 Keaton inhabits the role he was born to play, as a great salesman, chasing his pot of gold at the end of every rainbow, already in debt for previous cockamamie schemes that failed to deliver, so when he tries to convince his wife and others about is new scheme to franchise a hamburger stand, he is understandably met with a lack of enthusiasm.

But when, with the help of financial wizard Harry J Sonneborn (played by BJ Novak), he evolves the very concept of the business from one involved with hamburgers into one concerned with real estate, it is here that the stakes are truly raised, and the eventual nature of McDonald’s success is revealed.

The details of the era are richly represented in wonderful costumes and bold colour palettes, automobiles and home furnishings.

Nick Offerman and John Carroll Lynch are excellent as the two McDonald brothers, wary of Kroc, but ultimately unable to resist his too-good-to-be-true promises.

Kroc’s plans for national (then international) expansion are met with incredulity by all and sundry, with the exception of Linda Cardellini as Joan Smith, the wife of one of Ray’s early franchisees who would later marry the entrepreneur and encouraged him to upsize his dreams. 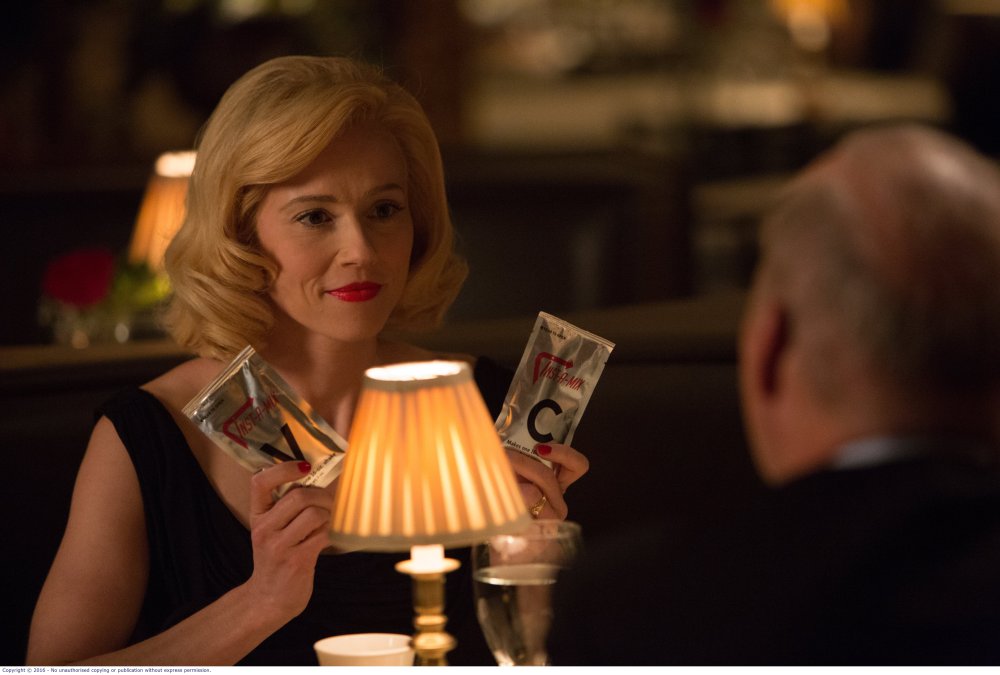 As a performer, Keaton is such a great salesman, across so many iconic roles, that you can’t help but root for him as a guy with the germ of somebody else’s idea and the drive to realise the enormous potential that has made the chain what it is today and get swept along in his enthusiasm, no matter the cost.

Will he take home the Oscar at long last?

It seems impossible that he would not receive a nomination, so we will have to wait and see. 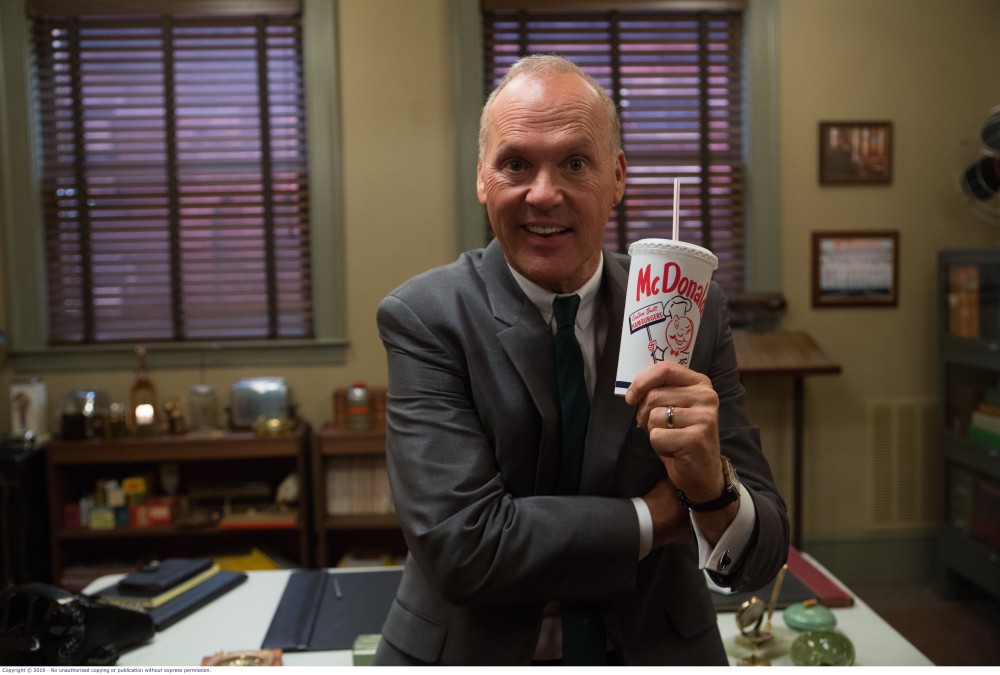