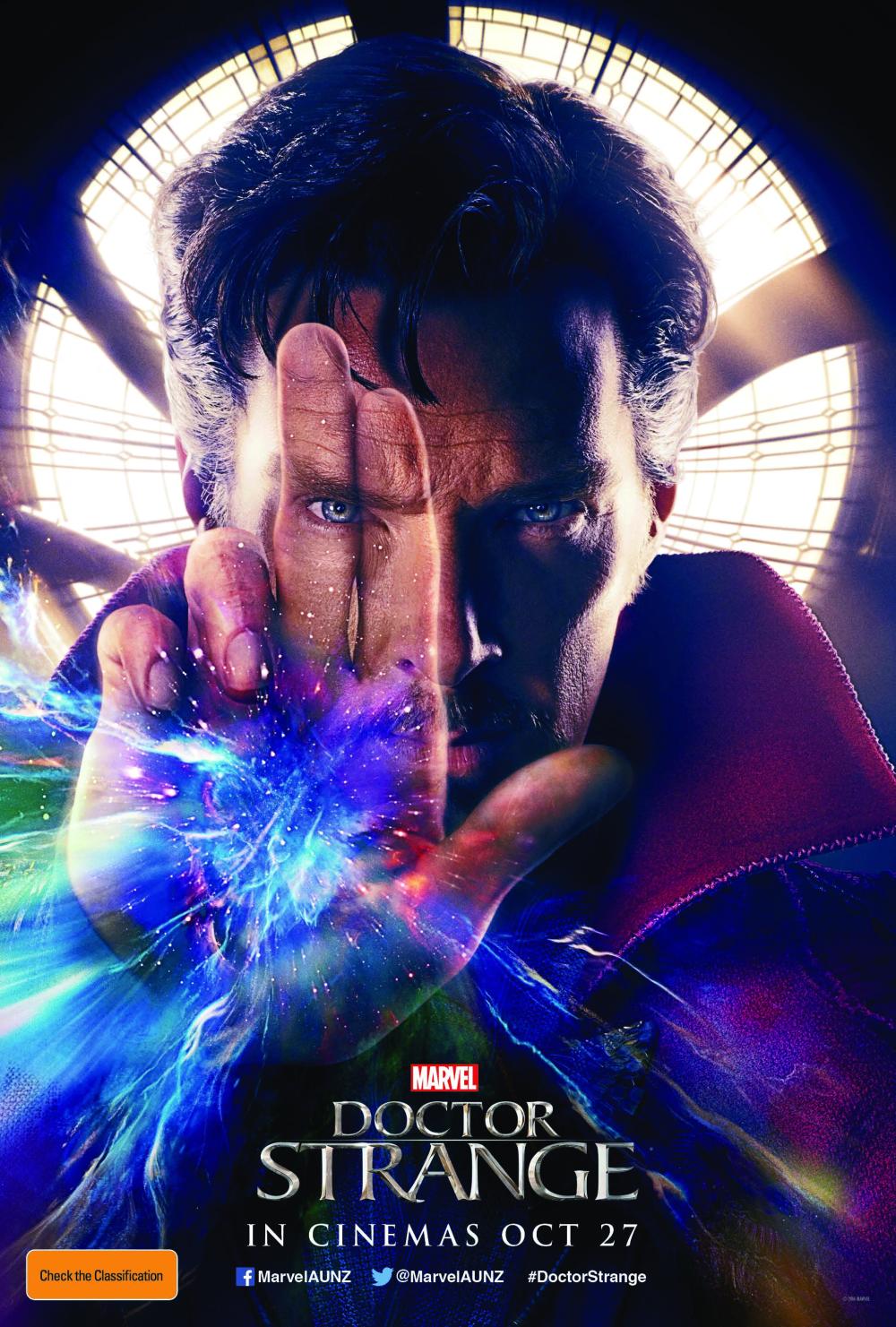 Marvel offers up it’s quirkiest title since Ant-Man and Guardians of the Galaxy in Scott Derrickson‘s Doctor Strange delivering a film that plays to its comic book origins better than almost any of its many predecessors.

Benedict Cumberbatch plays the arrogant surgeon who is forced to re-evaluate his life when an accident leaves him unable to use his hands to operate.

Seeking a cure, he embarks on a course of spiritual enlightenment in Nepal under the watchful guidance of “The Ancient One” – Tilda Swinton, who guards unseen realms of the “Multiverse”.

A fast learner, Strange is rapidly immersed in multiple worlds he struggles to comprehend or accept, with far greater stakes than the ones he is used to.

The visual effects are ASTONISHING, borrowing in part from Inception, and in others from the most hallucinogenic sequences you could imagine, and it is one of those rare films I wish I had watched in 3D. Even in 2D, the images leap from the screen making this a visual triumph of the highest order.

The story is the usual hogs-wash of saving the city/planet/universe/ that of course cannot be fully resolved as there are infinite more films to come.

Two post credits scenes are worth sticking around for – the first with Thor presumably setting up Ragnarok , and the second teasing a Doctor Strange sequel.

There are plenty of gags which make this feel light-hearted and the top shelf cast are clearly enjoying themselves.

I’m speculating that Marvel and Disney may have conservative expectations for this release, given how unconventional it is, but I believe strong word of mouth will help Doctor Strange reach a total at the Australian Box Office somewhere between the $10 million of Ant-Man and the $20 million of Guardians of the Galaxy.

Out of This World – a Triumph of Visual Storytelling. 4 Stars. 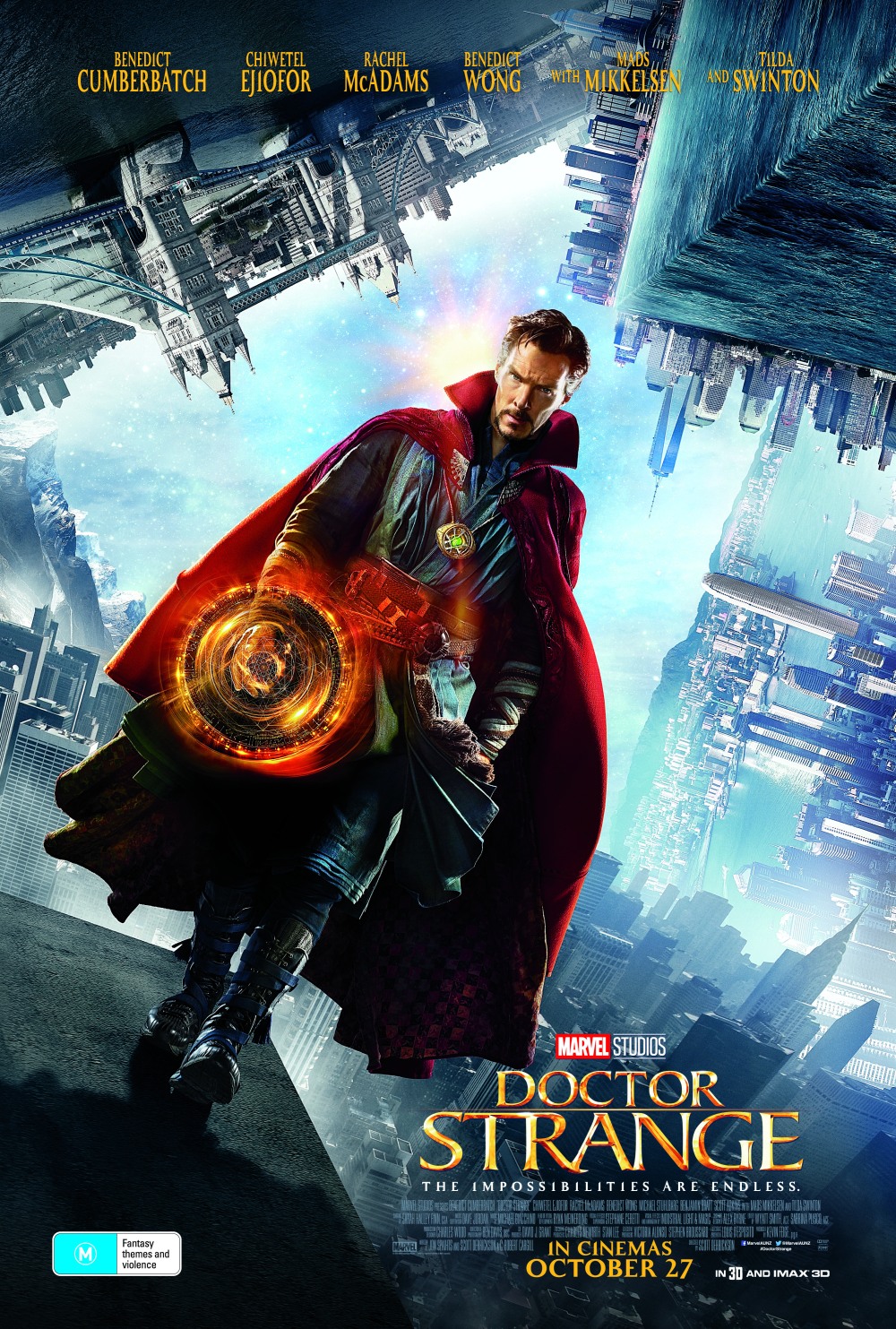 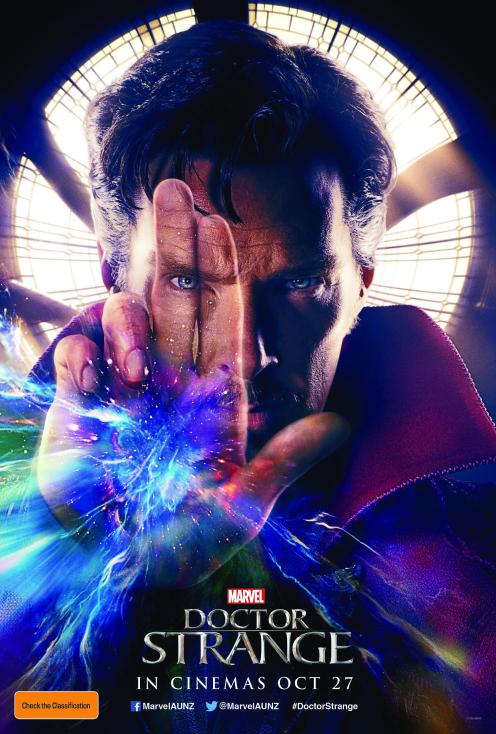 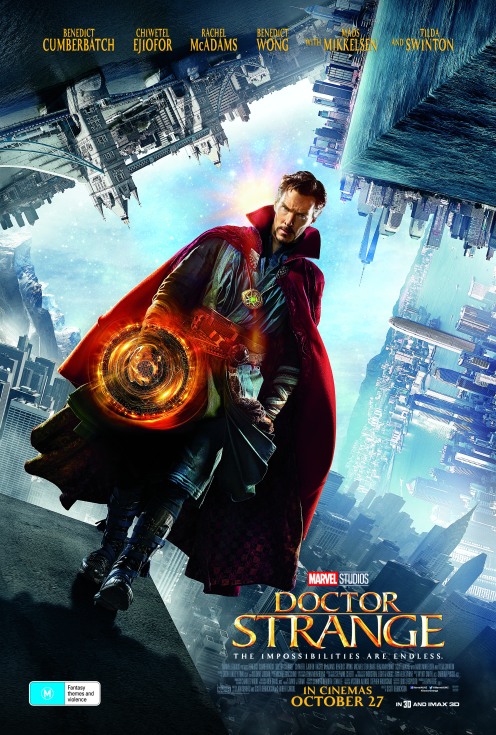