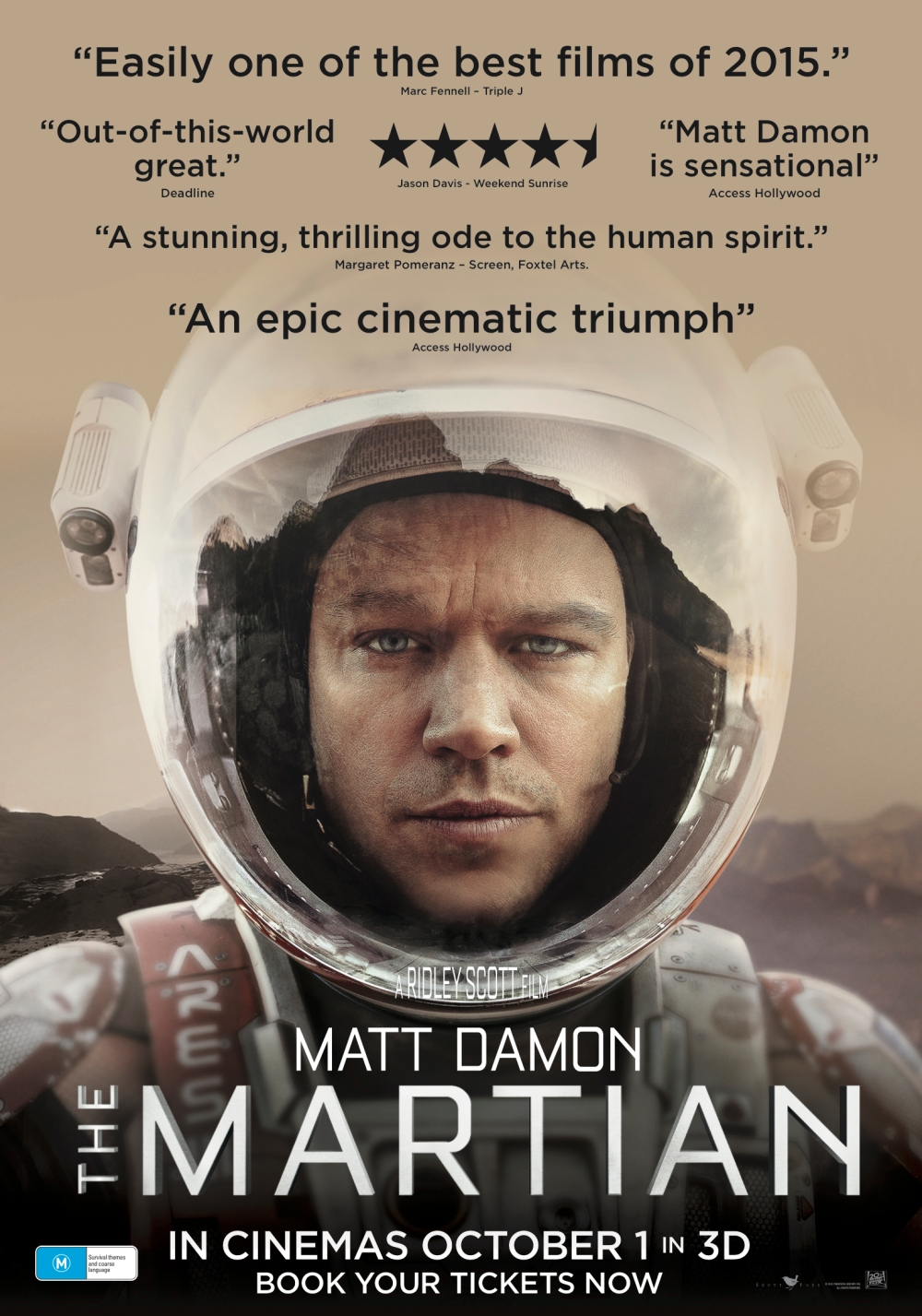 When, early in the film, Matt Damon’s character Mark Watney, an astronaut stranded on Mars proclaims ‘I’m not going to die here”, you immediately think – Yes you are mate.

He’s over 200 million kilometres from Earth, with only his cheeky scientific mind to keep him alive until a rescue mission can reach him.

Not for the squeamish, this one puts the science in science fiction

I squirmed, gasped, laughed, cried and cheered throughout this epic adventure.

I was also grateful I’d read the book and was familiar with the character of Watney and his smart-arse sense of humour, which allowed me the space to laugh out loud as he faces insurmountable odds with a wry grin