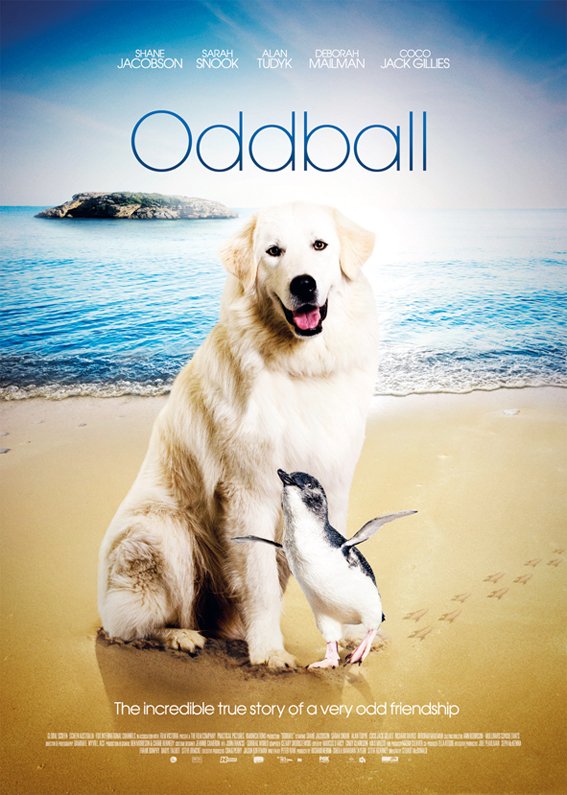 A kids movie based on a true story about an eccentric chicken farmer who puts his dog Oddball onto an island where a penguin colony has been decimated by rogue foxes ticks just about every necessary box to keep little ones entertained for a couple of hours.

Not only are Oddball and the penguins he’s trying to save super cute, even the naughty foxes are adorable. Well they would be if they hadn’t eaten close to a thousand fairy penguins on Middle Island off the Victorian coast a few years ago.

Naturally the idea of letting a sheepdog loose on this vulnerable patch of rock harbouring the penguin colony’s last chance at survival was not met with great enthusiasm by the local council, and this provides some essential friction between the main players in this family film.

Following up from Aussie animal classics like Storm Boy, Babe and Red Dog, Oddball should delight the kids while there’s enough going on between the adult characters to keep a grown-up audience interested.

But it is the film’s young star, nine year old Coco Jack Gillies that the kids will remember, along with the gorgeous Oddball and the tiny penguins for many years to come.