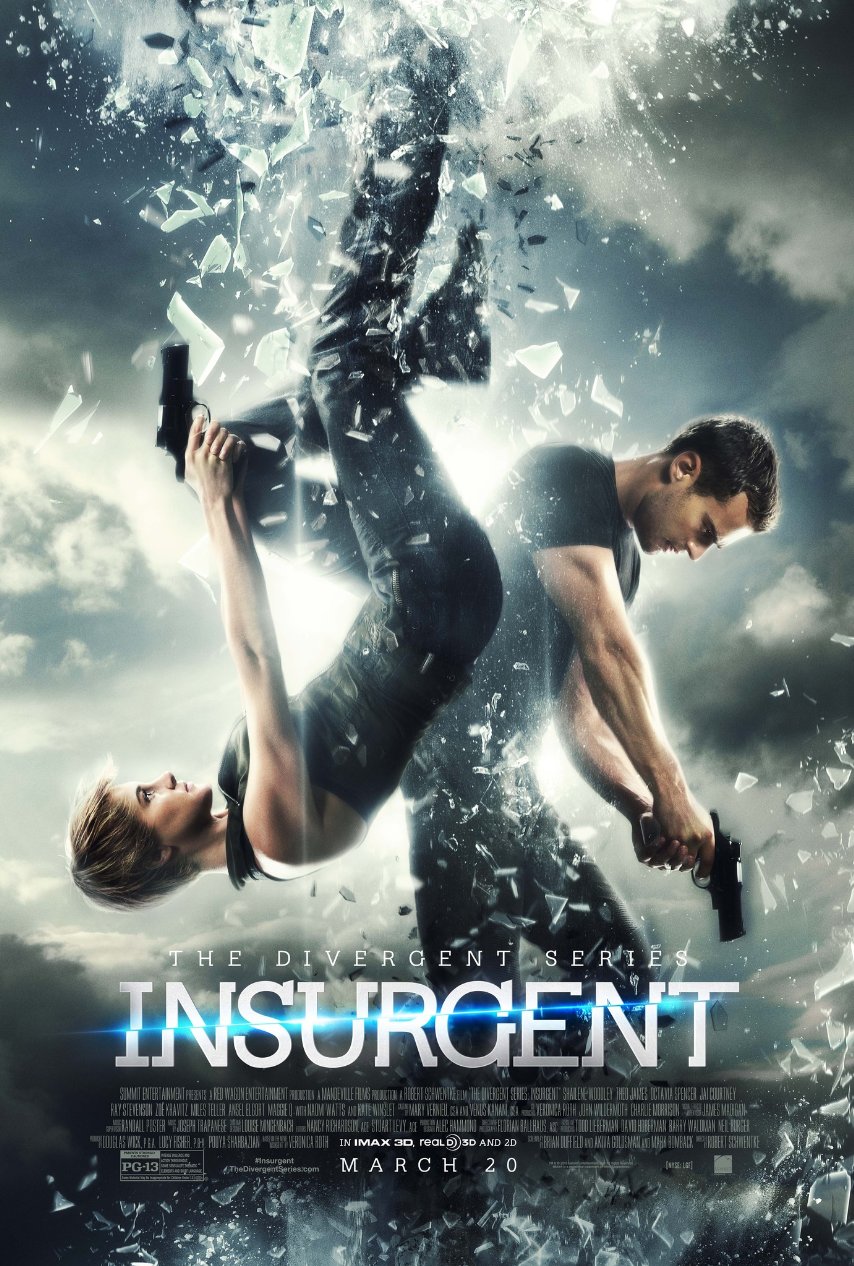 Insurgent picks up 5 days after the climax of Divergent – the first film in the Young Adult Series from author Veronica Roth. The multi-faceted Tris and her beau Four are doing their best to blend in with an agricultural crowd known as the Amity Faction, led by The Help’s Octavia Spencer. As wanted fugitives pursued by the ruthless ruling faction Erudite, with armed support courtesy of Dauntless muscle, it doesn’t take long before Tris and her small posse of Insurgent/Divergent outlaws are on the run in a desperate effort to stay alive, clear their names and uncover the truth.

The truth is a slippery nut to crack, with the founder’s guidelines to coexist in the brave New World locked up tight inside a tesseract which has been retrieved from Tris’ parents home. And only a Divergent can open it.

A hybrid of romance and sci-fi, with plenty of action and thrills to sustain the 2 hour running time, (and there is plenty of running as well as leaping, swinging and falling,) Insurgent is a mostly satisfying chapter in this popular franchise about the Divergent – those members of society incapable of conforming. It’s a marvellous theme for young people to be exposed to, with all the pressures they are expected to adhere to in society.

I did miss the directing of Neil Burger (Limitless), who has been replaced with Robert Schwentke (who gave us the great RED and not so great R.I.P.D.) and does an adequate job in handling the Matrix-like SFX.

An early observation in the film is that “We need to kill Jeanine” – the power mad leader of the Erudite faction played with admirably stern aplomb by Kate Winslet, and enforced by her equally enjoyable to watch henchman Eric, played by Aussie Jai Courtney.

Given that Tris had a solid opportunity to do away with Jeanine in the first film, the idea that had she in fact done so when first presented with the opportunity is fuel for detractors of the series, as obviously had that happened then we’d only have the one film, instead of the now four planned for the series. The final chapter is being split into two parts, a la Harry Potter, Twilight and Divergent’s big sister The Hunger Games.

Insurgent also introduces us to the faction-less (“the toughest vegetarians on the planet”) in much greater detail than the previous film. The prospect of collaboration is raised, but ultimately it is up to the singular grit and determination of Tris who must face Jeanine in a battle of mind, body and spirit to prove the worth of the Divergent, that the film’s success is hinged.

There’s a certain otherworldly quality about this young actress –Shailene Woodley, which is all the more remarkable when you consider that she has been described as more down to earth than most people in her position. I think she is both talented and fascinating to watch onscreen.

I’m looking forward to the next film, and this one is a solid, if not overly memorable entry in a bankable, and likeable franchise.