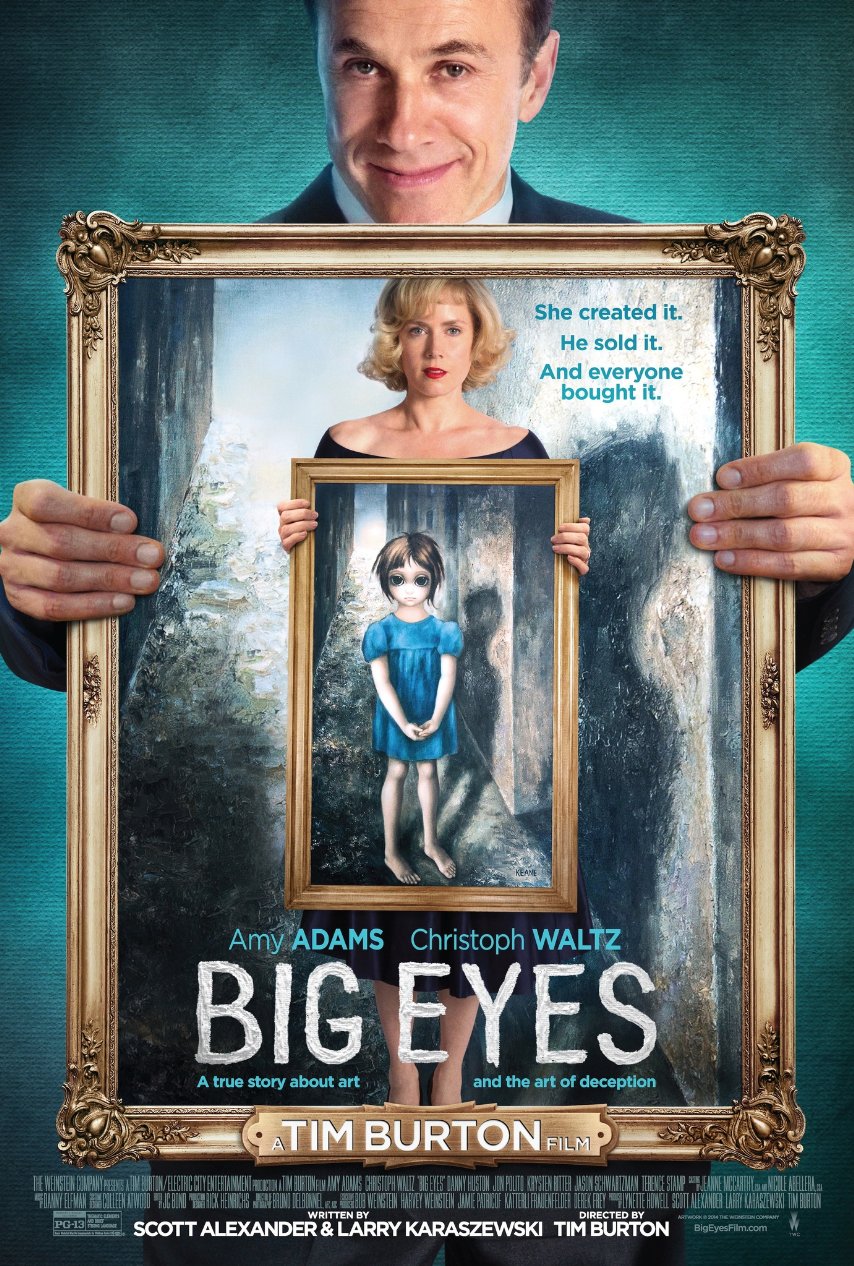 Here’s an icky story about a talented young artist, and mother, at the end of the 50’s who flees her husband in suburban California to make a fresh start in bohemian San Francisco.

Undoubtedly a difficult time for a single mother looking for work, Margaret Ulbrich (Amy Adams), with her young daughter Jane in tow, is looking to make a new life as a painter.

The problem is – “People don’t buy lady art.” Or so maintains Margaret’s new acquaintance Walter Keane (Christoph Waltz). Apparently a talented artist in his own right, Walter befriends Margaret when they meet selling their paintings side by side at a local art market. A relationship quickly evolves and it’;s not long before Walter is selling Margaret’s artworks in a local nightclub, passing them off as his own.

This forms the basis of the story which is based on true events.

It’s an incredibly sad story – an anguished artist compromised into forgoing the credit she deserves for her personal artistic expressions that become something of a popular culture phenomenon, thanks in part to the formidable salesmanship and marketing nous of her now husband Walter.

What’s hard to like about the film is how clearly manipulative and detestable Waltz’s Walter is. At no point can the audience have any sense of his motivations beyond his considerable thirst for fame and fortune.

With Margaret up and leaving her first husband in a relative straightforward fashion (according the film at least), it seems incredulous that she would not do the same when Walter exhibits such ugly behaviour towards her.

I struggled to feel empathy for Margaret as all I could think for the whole film was” Get out of there!”, in spite of the fact that from my own experience I know it;s not as simple as that to end a relationship.

I felt this would have served it’s subjects much better as a documentary, as the abundant talent on display feels wasted in cartoonish roles. Waltz as the enigmatic tyrant, Adams as the trembling artist, Jason Schwartzman as a local art dealer, and Terence Stamp as a celebrated art critic.

By the time the film finds itself in a court case in Honolulu I’d long ceased to care about these irritating on screen characters.

Which is a shame because the true story is quite incredible.