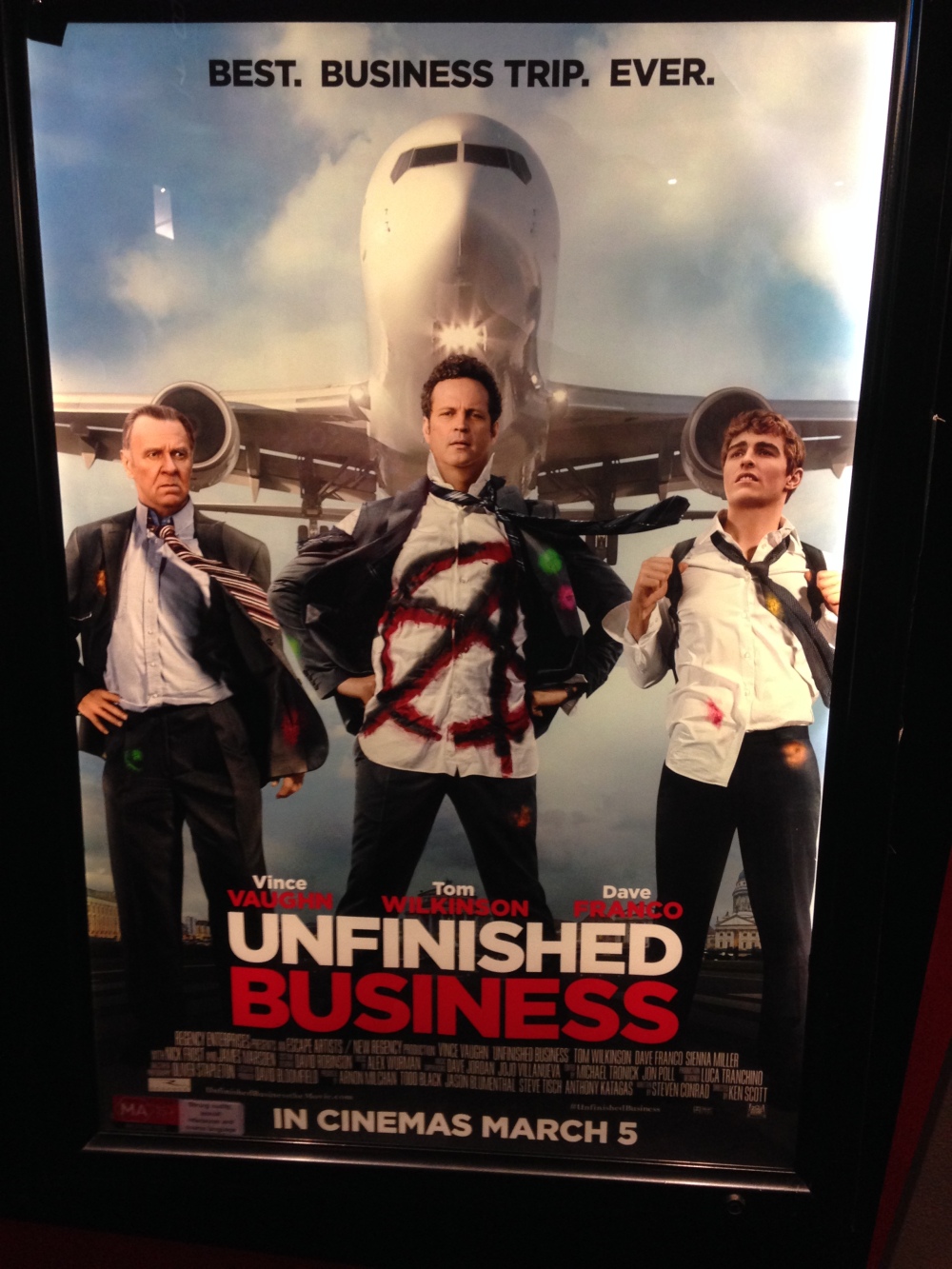 Unfortunately NOBODY is having a good time in another film out this week called Unfinished Business. And that’s exactly what it is. It should have been called “Unreleased Business”. Vince Vaughn does little to benefit from the credibility bump he’ll earn starring in Season two of True Detective, by headlining yet another lame comedy – from the same director who gave us Vaughn’s 2013 film Delivery Man, in this watered down effort he plays a struggling businessman who must clinch one last deal to ensure his survival while at home his kids are being bullied and his wife played by the seemingly everywhere Sienna Miller doesn’t seem to mind that the guy runs his office out of a donut shop. Wonderful British actor Tom Wilkinson is clearly in the wrong movie while James Franco’s less famous brother Dave character Mike Pancake is just wrong.

The film is SO bad there is not even a scene clip to play with. If you want laughs and to feel good – please go see Marigold Hotel.