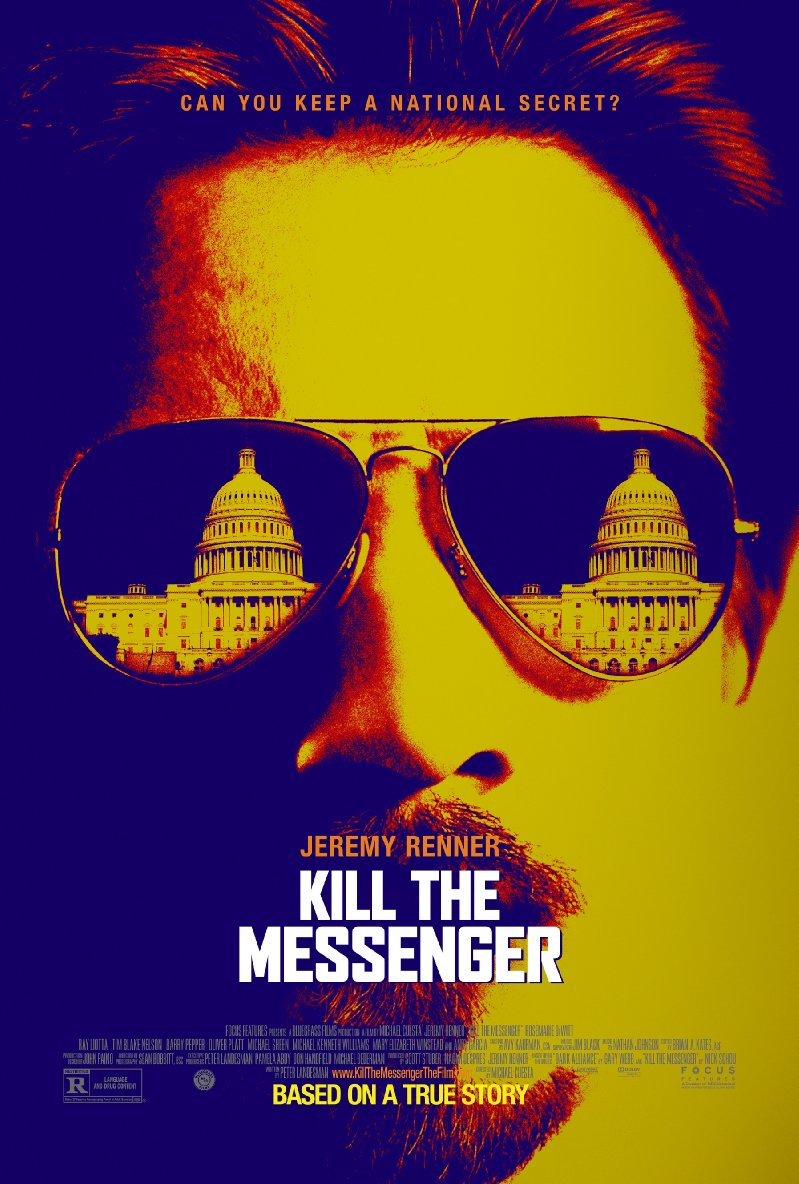 “Some Stories Are Just To True To Tell”.

Gary Stephen Webb was an American investigative reporter best known for his 1996 Dark Alliance series of articles written for the San Jose Mercury News and later published as a book.

Kill The Messenger attempts to tell two stories – firstly Webb’s work in uncovering how the CIA turned a blind eye to government-backed right-wing rebels in Nicaragua who raised millions of dollars by shipping cocaine to U.S. cities at the dawn of the crack epidemic.

The second story tries to shed light on the side effects of his journalistic integrity and the enormous toll it took on his personal life, including the estrangement from his family and peers.

By questioning authority, Webb became the target of the mainstream media who rushed to discredit him and, rather than explore his accusations in greater detail, chose to “controversialise” him instead – making the story about his past rather than the sordid exploits of the US Federal Government.

It’s a powerful story and one that could be explored in much greater depth than what can be delved into in a feature film.

While a worthy tribute to his unrelenting attitude to uncovering the truth, it definitely left me wanting more.

A story from a different era when just about everybody got their information from daily newspapers, this is a story about one man’s obsession with the truth and how he was prepared to sacrifice everything in his life to uncover it.

Jeremy Renner is fantastic, as are the handful of cameo performances from the likes of The Wire’s Omar –  Michael Kenneth Williams who plays LA drug dealer extraordinaire Ricky Ross, plus Andy Garcia, Ray Liotta, and Oliver Platt.

Utterly gripping from start to finish, this is a story that will be rewarded by further reading, as the film just uncovers the tip of the iceberg.