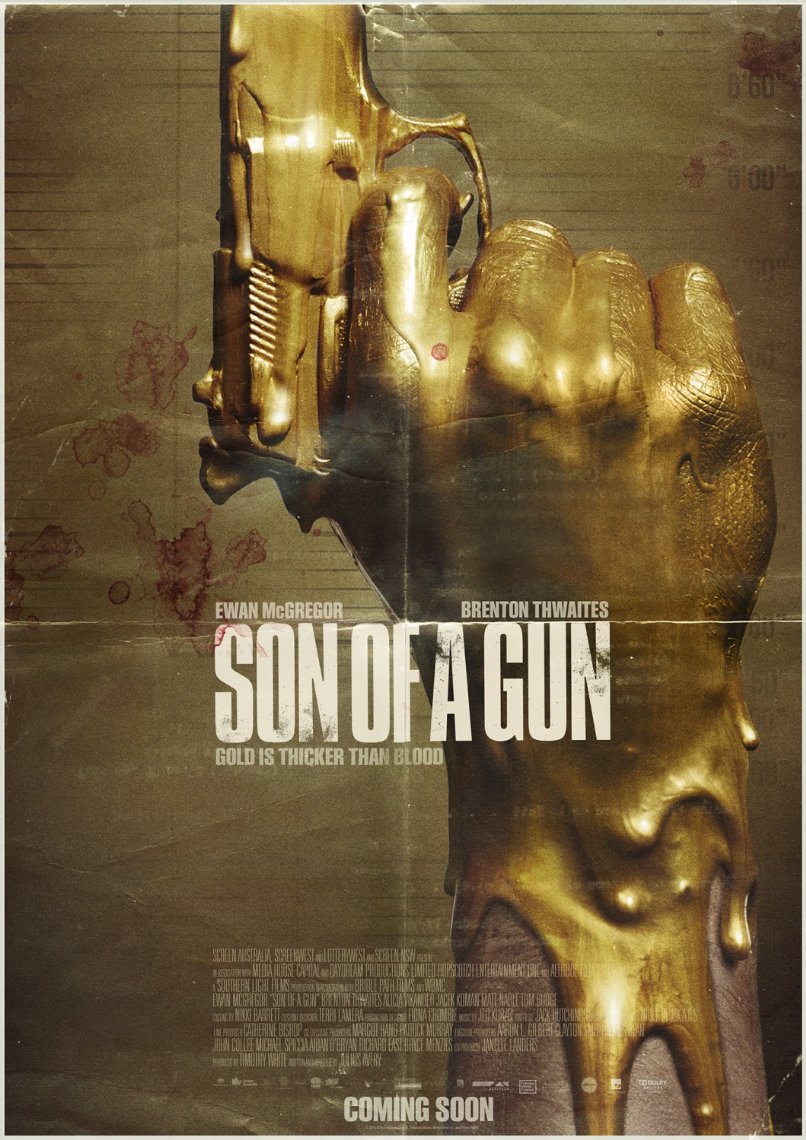 Brenton Thwaites is a young man on a mission – in this film, as JR, he has several – survive prison, survive his new life of crime once he’s free, and survive a heist that could set him and his new girlfriend up for life – if they play their cards right.

In real life, Thwaites has charted a course from TV soap actor to strutting the sets of local and international productions alongside some seriously big time heavy-hitters.

In Maleficent he starred alongside Angelina Jolie, in The Giver he rubbed shoulders with Meryl Streep and Jeff Bridges while working under the direction of Phillip Noyce, and currently working amongst a who’s who of actors including Geoffrey Rush on the Sword and Sandal epic Gods of Egpyt. ( not to be confused with the other similar film Exodus: of Gods & Kings)

In Son of a Gun, Thwaites, as JR, finds himself in prison and is forced to seek the protection of a crim named Brendan – Ewan McGregor, and his gang of hardnuts to avoid persecution at the hands of the other, older, predatory prisoners.

He knows he’s embarking on an arrangement that will require him providing his services to Brendan on the outside, and sure enough, once JR serves his brief sentence, it;s not long before he embarks ona string of daring crimes to repay his debt.

With excellent stunt work from Nash Edgerton and a gritty cast, this feels like an updated West Coast version of Two Hands or Chopper.

Thwaites and McGregor are wonderful together as the experienced, enigmatic criminal and his young protege, and together they make for absorbing viewing.

Despite the odd weak moment ( Swedish siren Alicia Vikander is solid, her Russian accent less so), and a couple of stretches that don’t feel as tightly paced as the majority of the film, this is a riveting thrill ride from stat to climactic finish.

A seriously classy piece of work from all involved, this is one to see for sure.