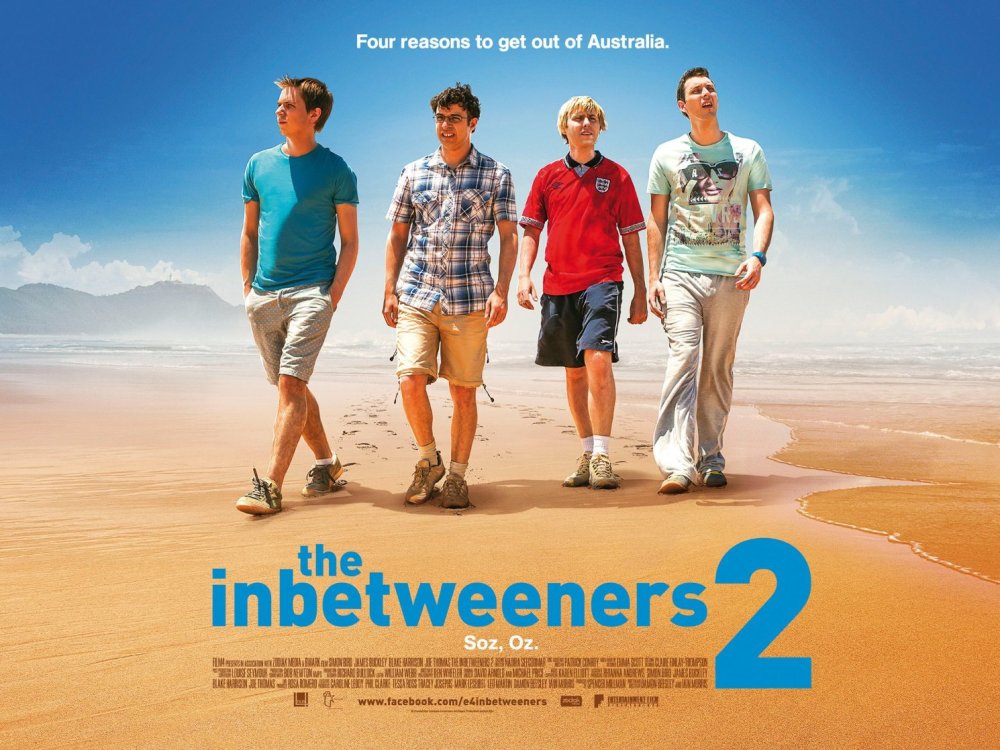 There’s not much I can say about this film without being a complete hypocrite. In case you weren’t aware, I’ve appeared in a number of Australian comedies known for being crass and politically incorrect. Some people would call our work downright offensive. So for me to call The Inbetweeners 2 a piece of puerile filth, it’s pretty much the pot calling the kettle black. Ooh… racial.

And with my own feature film out later in 2014, I’m opening myself up for all types of criticism by being harsh on this film for it being too crude for my tastes.

If you’re a fan of the series and the first film, those in the know reckon you’ll love it. For me it was hard to ignore the large number of gags that fell flat, and the awkward gasps that escaped the mouths of the industry crowd I watched the film with at a recent screening ahead of release.

I saw it in that environment to be able to interview the cast, and they were charming lads. Nothing at all like the cloth-eared bints depicted in the movie.

Very much a 50/50 proposition of half laughing out loud,, half not quite believing what was unfolding in front of me.

I must be getting old.