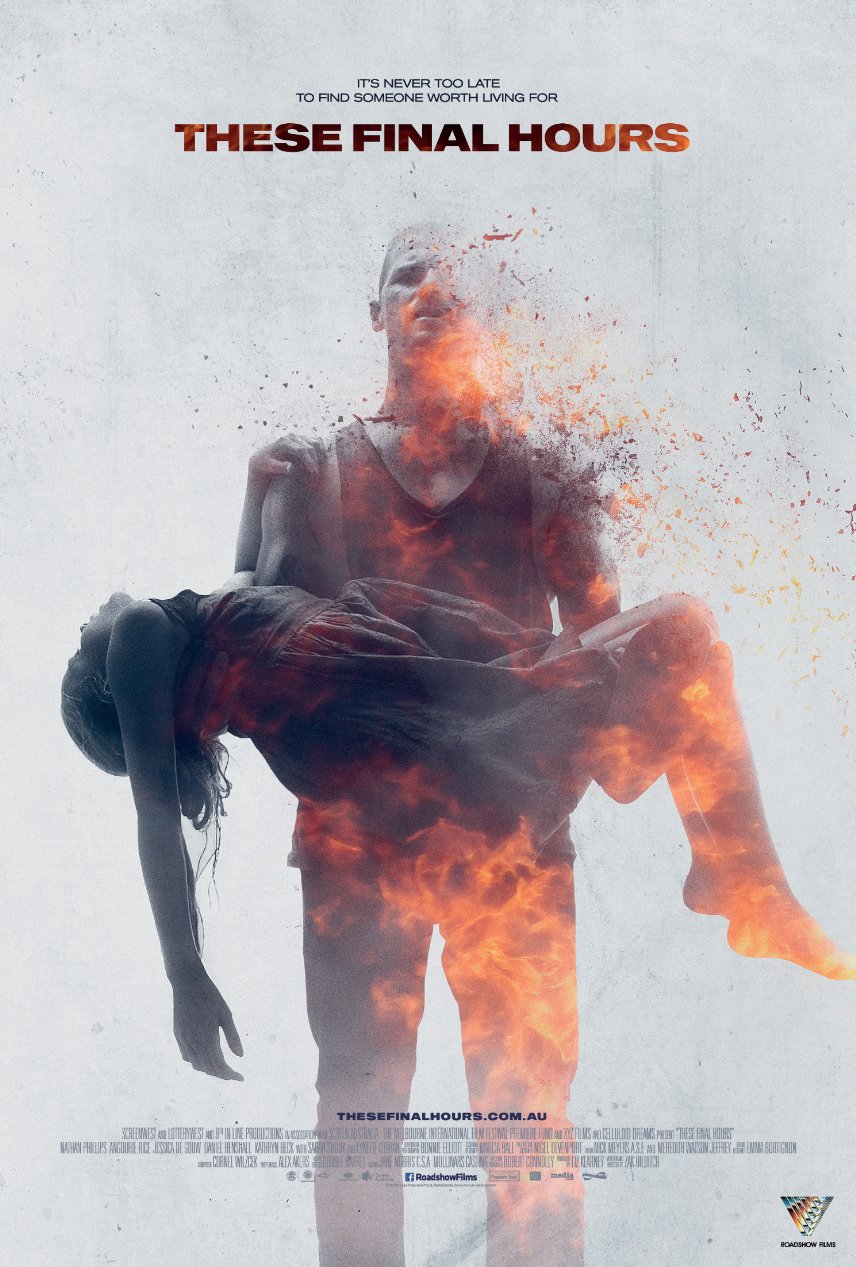 These Final Hours suggests a bleak vision of the last 12 hours of the world before an apocalyptic event.

So it’s a PRE – apocalyptic film.

First time writer/director Zak Hilditch does great a job selling the mood with a mix of deserted streets, desperate people, and bacchanal partying animals not wasting a moment not getting wasted.

James (Nathan Phillips) is determined to feel no pain, no explanation is given, he just doesn’t want to feel anything when the moment comes.

He’s in the arms of his lover Zoe ( Jessica De Gouw) , but chooses to leave her in search of the party to end all parties.

On the way he stumbles across a young girl Rose (Angourie Rice), who needs rescuing.

Hilditch does a great job of making us believe James is reluctant to help out, but grudgingly has no choice but to let her tag along as she searches for her father.

The film’s best moments come in the Walking Dead-esque silence.

Bags of rubbish clumped on lawns, the empty streetscapes, the fire bombed houses all set the tone of mankind on the brink.

The drama too is well handled by the first time director and his cast.

The story is relatively simple, and moves along at a decent pace delivering a final result in under 90 minutes.

The streets of Perth are transformed into a ghostly wasteland, and it’s unsettling to see the absence of people in a urban landscape.

It’s what makes this genre so eerie – like the Omega Man and I am Legend, based on the same text, the empty city shots are filmed in those films early on a Sunday morning, here Hilditch has picked locations that are more industrial to give that sense of a depleted population.

James is asked where he belongs when things don’t pan out the way he was anticipating, and it’s an apt question for all of us to consider in those moments when our plans fail to deliver on our expectations.

Rose is fantastic as is James’ Mum (Lynette Curran), who berates him for showing his face in the final moments of civilisation, and when he asks her how she will spend her final time, she answers simply “With my puzzles”. (She’s a jigsaw fan..)

It’s a promising start for the young director and his team, and I look forward to what comes next.

Interestingly there is a voice on the radio that urges everyone to stay safe, much like in other apocalyptic films, like Mad Max (?) and Terminator ( ?)

It’s a notion we seem to cling to, as long as someone is out there talking to us, we don’t feel quite so alone……