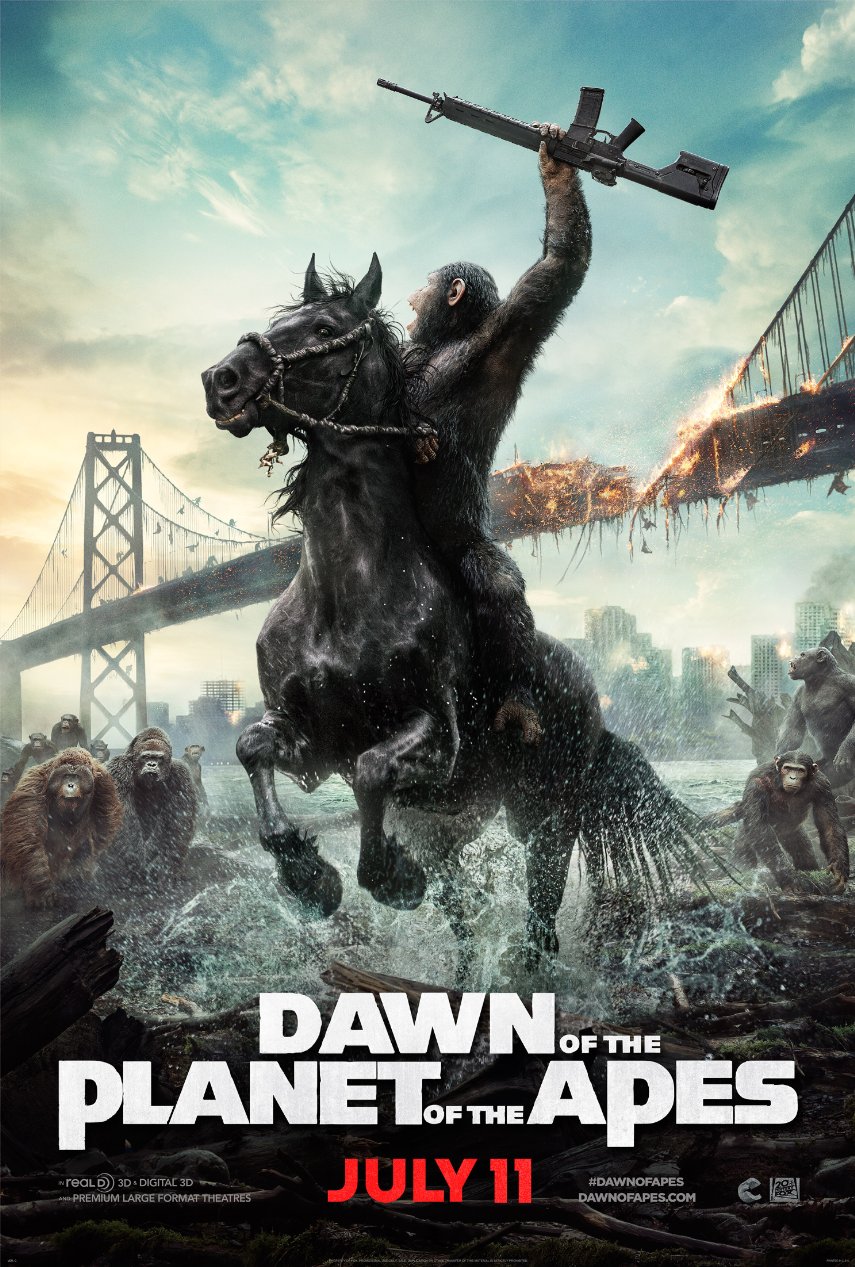 Dawn of the Planet of the Apes.

Despite some top Aussie faces including Jason Clarke and Kodi Smit-McPhee alongside the legendary Gary Oldman, the human actors in Dawn of the Planet of the Apes are no match for the incredible computer animals brought to life on the big screen.

This is one I wish I’d seen in 3D , because everyone I know that has, is raving about the film.

I re-watched Rise of the Planet of the Apes the night before seeing the new one, and with James Franco and John Lithgow, there’s a a strong human presence that helps to balance the development of the apes.

In this latest instalment the apes are most definitely the stars and they look like they ambled straight out of a David Attenborough DVD. Key players Caeser, Rocket and Maurice as well as Bad guy Koba are riveting.

Two people I know have referenced the Dark Knight trilogy in relation to this new Apes film, so it’s in great company, and not just because they share Gary Oldman, there are some dark themes. I’m looking forward to the next one, worth checking out on the big screen.