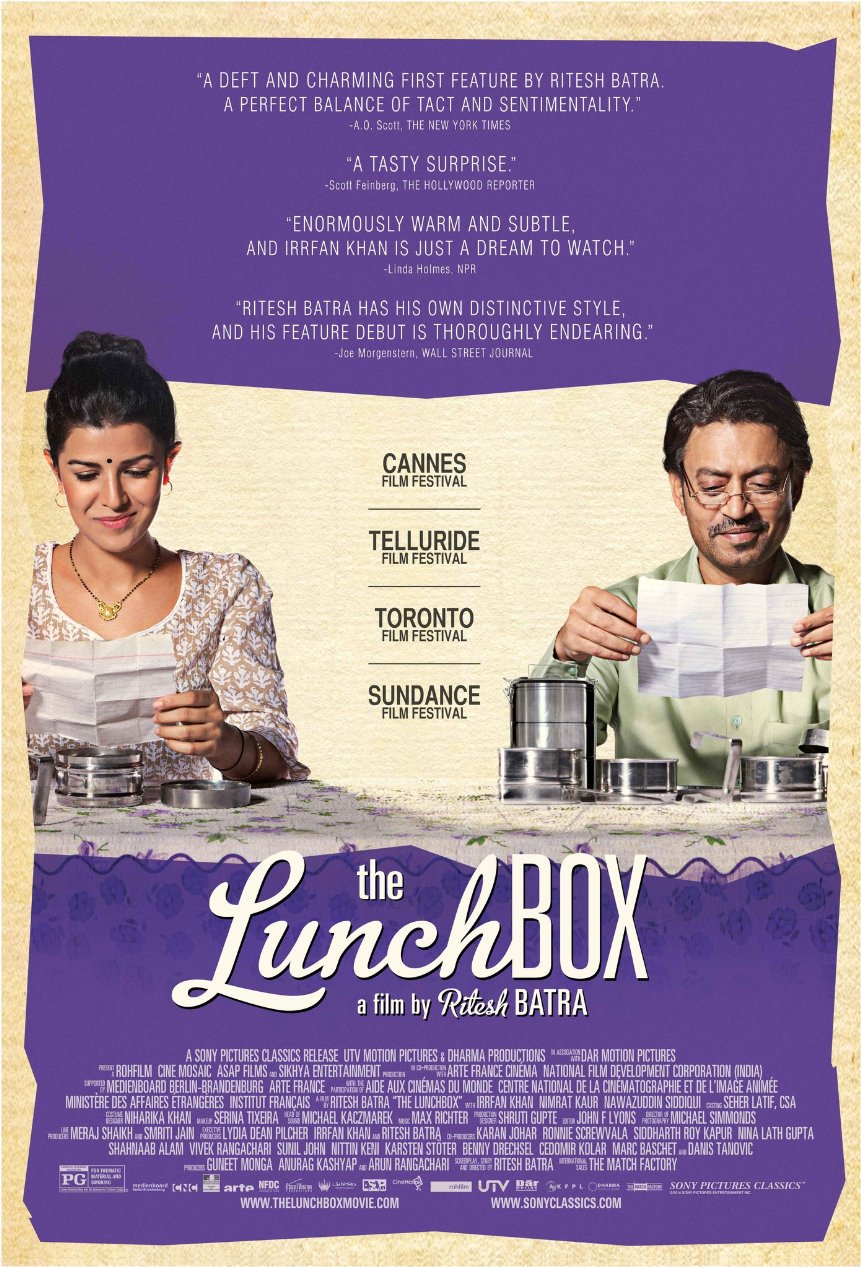 Written and Directed by Ritesh Batra

How refreshing to see a foreign language film with unfamiliar faces (aside from Khan) that tells a complete unique and original story such as this one.

On paper, the film’s synopsis is not really my cup of tea. A movie whose plot device centres around the Dabbawala.

A mistaken delivery in Mumbai’s famously efficient lunchbox delivery system connects a young housewife to an older man in the dusk of his life as they build a fantasy world together through notes in the lunchbox.

On screen however, the way this story unfolds is absolutely enthralling.

I felt like I was actually a participant in the events as they happened. I felt I had a glimpse into a completely alien, yet extremely ancient and comforting culture.

For starters the idea that working men have a freshly cooked meal delivered to them at their desks sounds so far fetched, yet it’s the common practise for hundreds of thousands of office-workers in Mumbai.

This is a rare gem of a film that should be taken in knowing as little as possible about it, and definitely on a full stomach or nearby a decent Indian restaurant.