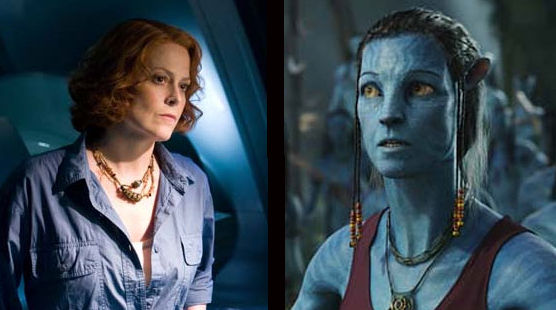 It’s 1:30 in the morning in New York City and I’m staring out the window onto the intersection of West 16th St and Eighth Avenue. Yes there’s a Starbucks on the opposite corner.

I left Sydney at 11:20am Monday June 2nd and I arrived here around 10pm Monday June 2nd. Thanks to time zones, I travelled for over 22 hours, but it looks like a measly 12.

It’s a family trip, but my highlight so far would probably be Sigourney Weaver sitting in the same row as us from LA-NY.

I sidled up to her, slightly delirious at the JFK airport baggage carousel and told her I was a big fan.

I asked her if she was doing more Avatars and she said that she was currently working on three simultaneously.

Long haul flights are the perfect opportunity to catch up on watching films, but seeing as I’ve reviewed every new release for the last 18 month or so, there’s not too many titles I haven’t seen.

I got into a New York frame of mind by watching Taxi Driver again. I can’t get over how young Robert De Niro looks…I guess the classic film is almost 40 years old now.

Then I embarked on an Eric Bana binge with his forthcoming supernatural thriller in mind – Deliver Us From Evil.

Turns out the much derided Closed Circuit is actually a taut psychological thriller with a message.

And Hanna is about the most original film I’ve seen in a long time.

Rounded off with some more Scorsese with The Departed and some Huevos Rancheros for dinner and I’m in a New York State of Mind.