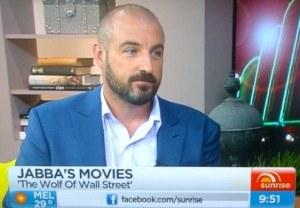 The Wolf of Wall Street

It’s no wonder Martin Scorsese was drawn to shoot a movie about con man Jordan Belfort.

The two were born in New York (20 years apart), they’ve been married multiple times, they both were cocaine addicts at one point and they could both be described as “entrepreneurs”.

So what has Scorsese given us in a film about a Wall Street con artist?

Is it a love letter to a misunderstood man, or is a cautionary tale about the perils of greed and the collective love of money?

The Wolf of Wall Street spends the majority of it’s time depicting the events from Belfort’s two autobiographical books and very little time in making a judgment about his actions that fleeced over 200 million dollars from swindled investors.

The film begins in Belfort’s heyday before going back to where it all began just as he secures his stock broking license on Monday, October 19, 1987 – the date of Wall Street’s biggest crash after 1929’s Great Depression.

Matthew McConaughey is outstanding as Mark Hanna, a fellow Wall Street “artist” who instructs Belfort in the art of selling shares via telephone sales.

Leonardo DiCaprio is superb as the man without morals Belfort, and Jonah Hill is excellent as Belfort’s assistant Donnie Azoff.

So keen was Hill to work on the film he did it for minimum wage.

Clearly Scorsese is an inspirational film maker and he shows his mentoring prowess by casting not one but three fellow first class directors in roles in the film.

Spike Jonze who has HER is cinemas right now plays a low level junk stock salesman, and he jumped at the chance to watch another director of Scorsese’s calibre at work.

Belfort’s father is played by Rob Reiner (director of Spinal Tap, Stand by Me and A Few Good Men.) Jon Favreu from Iron Man makes an appearance too.

This is some fine Scorsese work, not his best, but enjoyable to watch. The story petered out around the two hours mark, and after becoming slightly muddled in it’s narrative, was wrapped up efficiently cutting to Belfort’s post prison occupation as a motivational speaker.